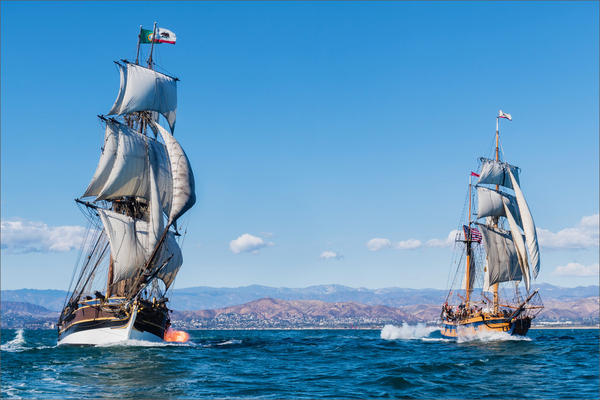 The Port of Newport on the Oregon coast has revoked a docking permit for a pair of tall ships based out of Aberdeen, Washington. Efforts to reach a compromise between the port and the ships' operator seem to be foundering.

The two replica sailing ships, the Lady Washington and Hawaiian Chieftain, voyage from port to port—and maritime festival to festival—along the West Coast for much of each year. Both vessels were booked for three weeks of tours and mock battle outings this July from the Newport Bayfront.

But now the Port of Newport has cancelled the port call. Local fishermen and neighbors raised objections to the port commission about congestion, lack of parking and lost business at the height of tourist season. The elected commissioners voted on May 29 to take back the moorage agreement that port staff had signed in April with the Grays Harbor Historical Seaport.

Brandi Bednarik directs the Grays Harbor Historical Seaport, which runs the tall ships. She said the dis-invitation came as a complete surprise.

“Over the three week period, we were completely sold out,” Bednarik said. “And we also had a wedding, a charter, a funeral service and a couple of groups that booked family reunion tours.”

Bednarik said more than 2,100 people had reservations for the scheduled Newport sailings. Her nonprofit will offer refunds or an opportunity to rebook tours out of Coos Bay or Astoria where port calls could be extended, if negotiations to re-accomodate the tall ships in Newport fail.

Bednarik and the Port of Newport both confirmed that the port this week emailed proposals to salvage the situation after GHHS began publicizing its predicament.

Read the full story at KUOW.