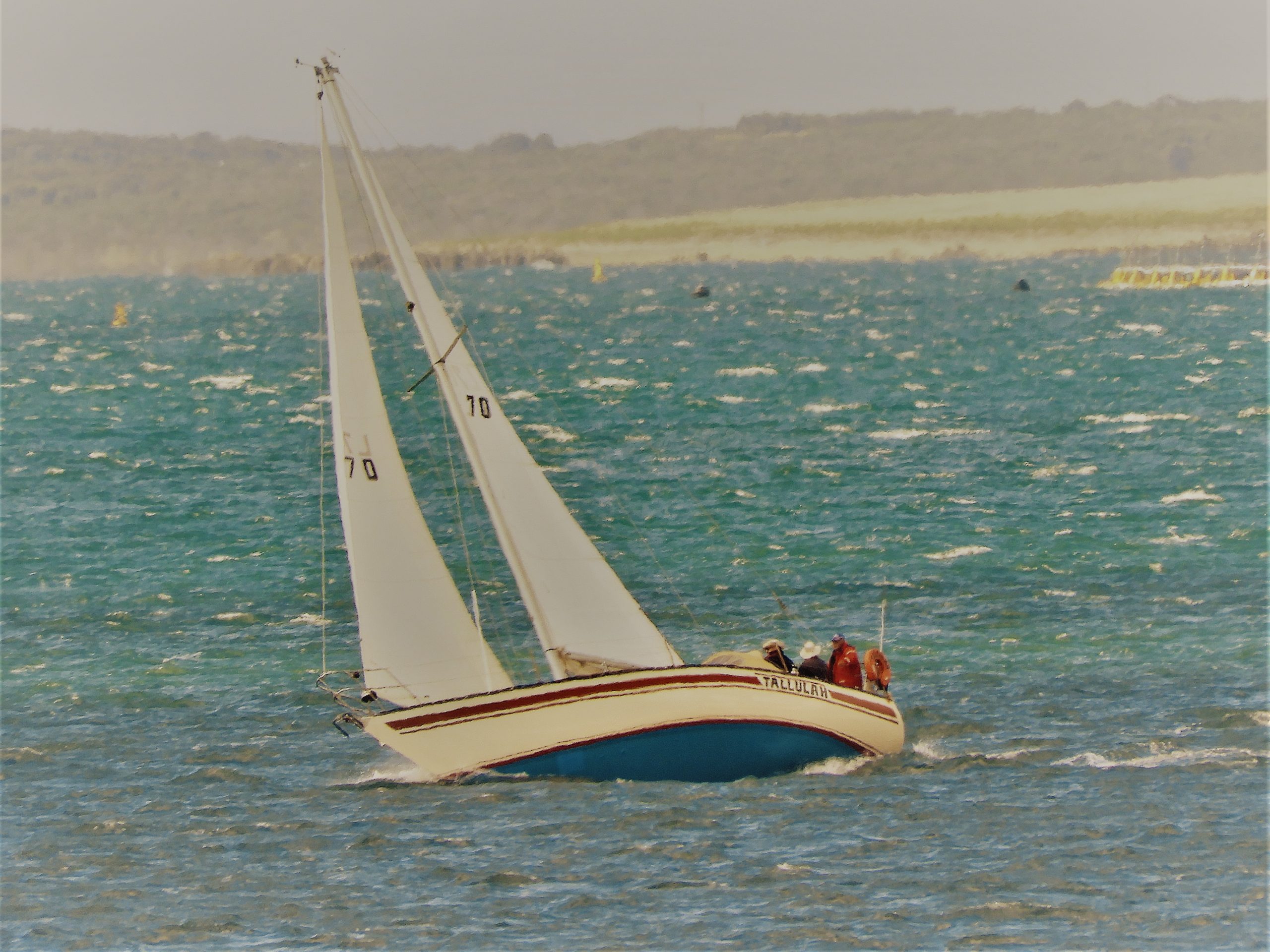 06/12/2017
Port Lincoln Yacht Club held its annual (early December) race to Memory Cove last Saturday. Our keelboat fleet is small but competitive and all will be ready and racing  in next February's Adelaide to Lincoln race and Lincoln Week regatta!
It was a Midday start on Saturday and the week's rain had all cleared; the local Sydney 47 didn't start due to crew shortage and a Farr 1104 shredded her main before the start. The Wind was18-20 Knots from the SSW with gusts to 25 K and a start line in Boston Bay, around a windward mark (the South Entrance Beacon), then out of the bay via the Donnington Point (inside Donnington Island).
Memory Cove race is 25 nm and from Donnington it's due south along the Lincoln National Park coast. Memory Cove was named by Mathew Flinders as a memorial to his eight seamen who drowned when their cutter capsized in a rain squall and wind over tide conditions, February 1802.
We all short tacked close in to stay out of the flood tide. After four hours to windward and 35 tacks (recorded on our plotter) results were.
1st line Honours and PHS.  “Ocean Mentor”, Simon Turvey, Sydney 32
2. “Lincoln Mentor”, Craig Bascomb & Matt Stephens, Sydney 32 (3rd PHS)
3. SeXtant, Jonathan & Wendy Newbury, X 34, (2nd  on PHS)
4. Tallulah, Barry Lawes, Lexcen 32.
PLYC's two Sydney 32s are sponsored by Peter Teakle of Teakle Wines / wine labels and the new “Line and Label” gourmet restaurant in Port Lincoln.
– Jonathan Newbury