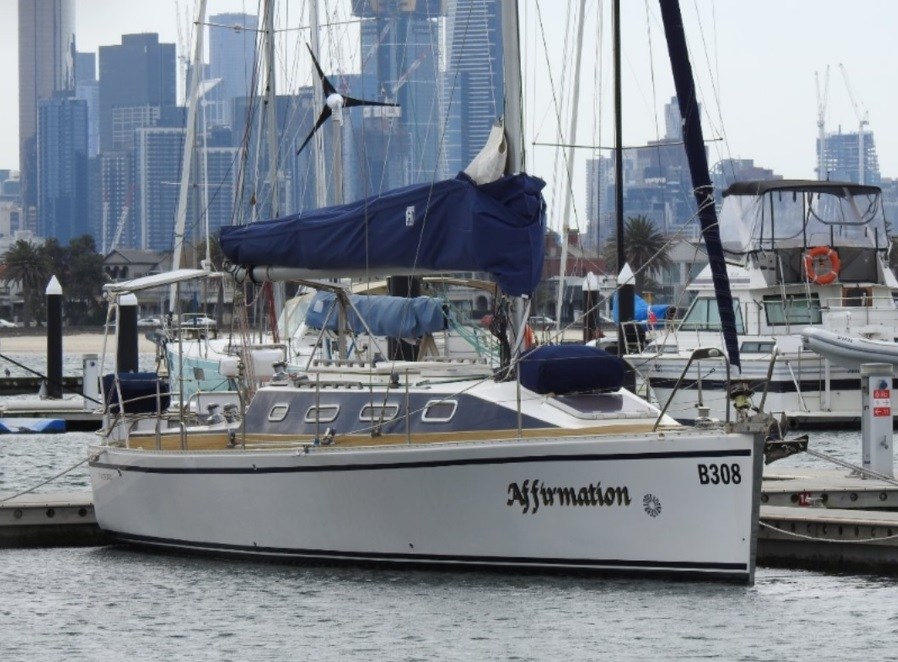 Victorian Search and Rescue Water Police officers are coordinating an air, land and sea search for a yacht missing off Victoria’s east coast.

The alarm was raised when the missing yachtsman’s family contacted NSW police concerned for their relative’s welfare on Friday 20 March.

It’s believed the experienced yachtsman, who was sailing solo in his Radford 11 metre Performance Cruising Yacht named ‘Affirmation’, planned to sail from Queenscliff in Victoria to Sydney.

Police are of the belief the man departed Refuge Cove at first light on Thursday morning before sailing east past Lakes Entrance.

The search has concentrated around Cape Conran and extended from Lakes Entrance to Mallacoota at this stage.

Police hold concerns for the man’s welfare and fear he may have suffered from a medical incident or mishap on the yacht after not seeming like himself during his last known contact with family.

Water Police are being assisted by the police Air Wing, the Australian Maritime Safety Authority (AMSA) with provision of a jet aircraft for searching the coastline to sea, water police officers from Gippsland and the Australian Volunteer Coast Guard.

Victoria Police became aware of the concerns for the missing man Friday evening.

The search continued throughout Friday night and will ramp-up again at first light Saturday.

Anyone who sees the yacht is urged to call Triple Zero (000) or with information call Crime Stoppers on 1800 333 000 or submit a confidential report to www.crimestoppers.com.au

A yacht missing off Victoria’s east coast has been located by emergency services this morning, however the skipper is still missing.

The vessel, Affirmation, was located by the Australian Maritime Safe Authority’s (AMSA) jet aircraft in seas near the Victorian and NSW border about 5am today.

A New South Wales Police Force helicopter conducted a search of the yacht, but the 66-year-old sailor remains missing.

A land, air and sea search is continuing to try and locate the Parramatta man by the Victorian Water Police, Air Wing, NSW police, AMSA, local police and the Australian Volunteer Coast Guard.

Anyone with information is urged to call Crime Stoppers on 1800 333 000 or submit a confidential report to www.crimestoppersvic.com.au.