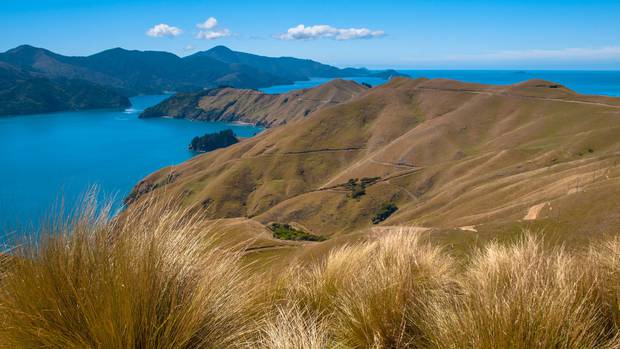 A yacht crew member had to walk five hours to get to French Pass in the Marlborough Sounds and raise the alarm after their yacht broke down. Photo / 123rf/NZ Herald.

New Zealand Police have criticised a pair of sailors, one of whom had to be rescued when their yacht ran aground in Marlborough Sounds. The boat did not have a marine radio and the other member of the crew had to row ashore in the yacht’s tender to raise the alarm.

The yacht was travelling from Waikawa to Nelson when it hit the bricks in Okuri Bay.

The crew member who rowed ashore had to walk for five hours to French Pass to raise the alarm. The Coastguard then rescued the person still aboard and took them to Okiwi Bay as the weather deteriorated.

Police thanked the Coastguard as well as French Pass and Okiwi Bay residents for their help during the operation, but urged New Zealanders to take care on the water.

“This dangerous situation could have been avoided had the yacht been equipped with a Marine VHF radio or emergency communication device,” police said. “Police remind people heading out on the water to take some simple steps to protect themselves and others.”

The police spokesperson also drew attention to another incident on Christmas Day in which a search and rescue operation was mounted for no reason.

In that incident, a person reported missing in the Motueka River on Christmas Day was later found safe at home.

The Tasman Bay Swift Water Rescue team, a local jet boat operator, Fire and Emergency NZ and police volunteers were all involved in the search,. The person had left the area without letting their friends know, Cogger said.