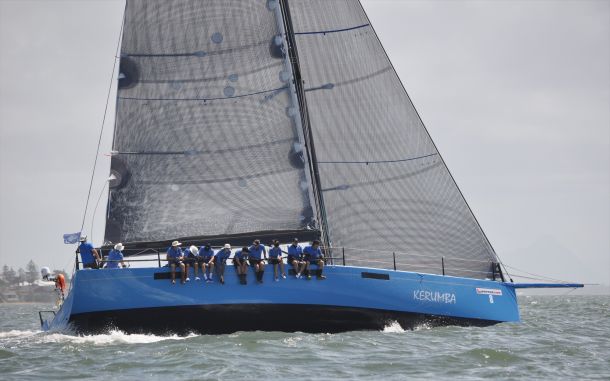 As dawn breaks on day three of the QantasLink Brisbane to Gladstone Yacht Race the bulk of the fleet remain on the course in a tussle with an uncooperative wind pattern.

The early finishers, Black Jack and Alive, have been enjoying Gladstone hospitality for some time now and at 3am this morning were joined by Tam Faragher’s Kerr built Kerumba.

Saturday evening saw a flurry of retirements when the wind died off completely but for those that stuck it out, the wind has now filled back in, all be it lightly. Despite their perseverance, with the gap between the finish times of the two front runners and the rest of the fleet is such that it is now likely that the major trophies will be shared almost exclusively between Black Jack and Alive.

Next in this morning is expected to be Townsville based Guilty Pleasures VI followed by Dekadence and Ragtime. Following these is a tight bunch of three boats, Carbon Credits, Synchronicity and Dream and then, we will be back into the hours of darkness for the rest of the fleet.