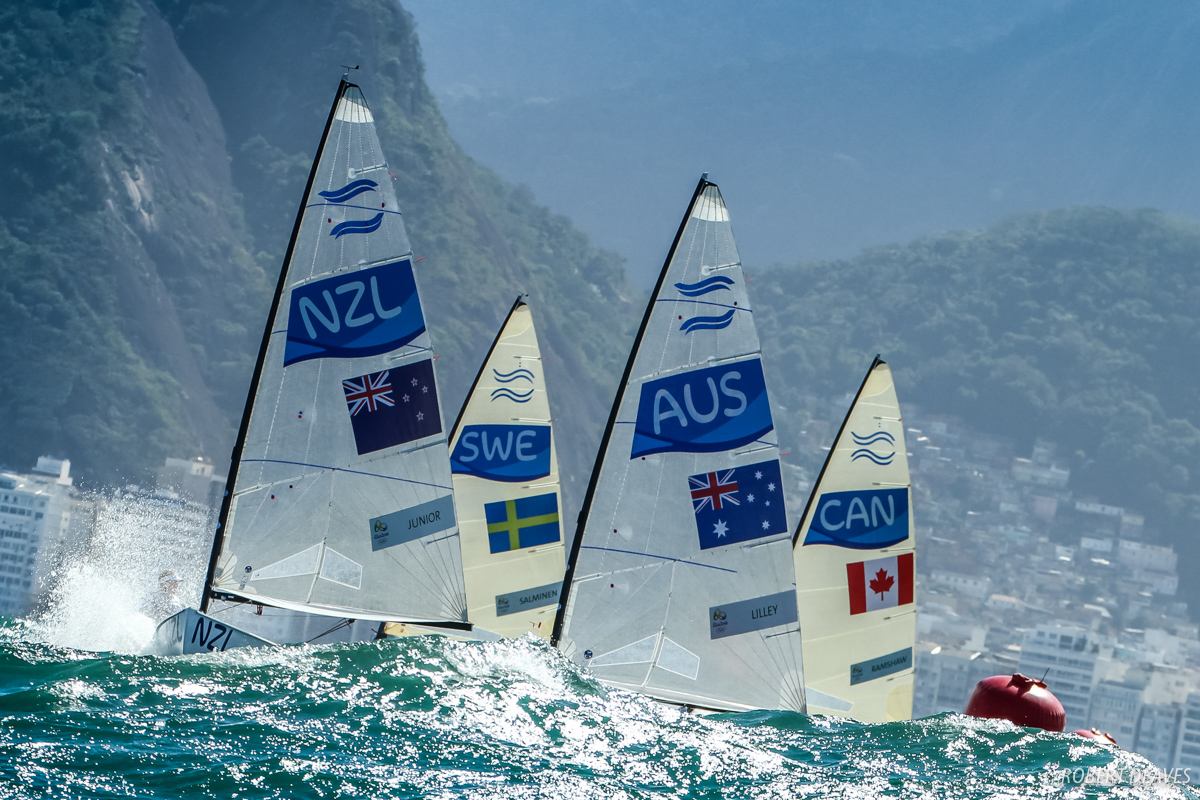 The Finn class has been part of the Olympics since 1952 and is an undeniable and integral part of the history and culture of the Games, creating more stars of the sailing world than any other class.

It is not only the last bastion of the ‘great’ Olympic classes but also one of the most popular, refined and challenging dinghy classes in the world. It is immediately attractive because it reminds every one of the countless heroes who have passed through the class and won medals at the Olympics.

Following Friday’s Council meeting, the Finn class is very disappointed by the choices made and the way Submission 37 was introduced and seemingly steamrolled through. The class not only feels very dismayed by the whole process over the last year, but also that the Olympic classes decisions are moving in a counter-productive direction.

This reaction has been shared by thousands of Finn sailors and shocked sailing supporters across the world since Friday's decision. In decisions of this nature, it is never going to please everyone, but this has caused huge concern across the sailing world.

Dinghy sailing has been the mainstay of the Olympic regatta since the 1980s, after most keelboats were gradually dropped because of the huge expense involved. In 2012 and 2016 there were seven dinghy classes. In Paris 2024, under the current proposed slate, there will be just five dinghy classes – half the total slate.

Aside from the massive change and expense for sailors and MNAs to invest in new equipment, the slate is moving away from the core of the sport. In the 2018 Youth Olympic Games there were no dinghy classes. The pathway for a developing grassroots dinghy sailor is getting narrower and narrower.

The pinnacle that so many great small boat sailors have aspired to for generations, the Finn, may no longer be an option, so sailors over 85 kg have no pathway to the Olympics and that would be a huge loss to the sport.

To say a Finn sailor should sail a keelboat, or even switch sport to kite surfing is at best, misguided. Only a very few will be selected or have support for the vastly expensive keelboat program. Most will be overlooked, as nations will choose their offshore heroes in preference.

Whatever way you look at it, the keelboat will be hugely expensive; potentially as much cost to an MNA as all the other classes put together and will limit participation to a very select few sailors and nations. The dreams and hopes of hundreds of young Finn sailors across the world will be dashed.

So this is an impassioned plea from Finn sailors to save the Finn, and probably the 470 as well, as the only measurement-controlled classes left in the Olympic program.

At the AGM on Sunday, MNA delegates will have a choice to sign off the Council recommended slate of events and change the face of Olympic sailing forever, or it can ask whether this is actually the best decision for the sport?

With the Mixed Keelboat, the costs are unknown, the logistical, media production and security problems are unknown and the overall viability is unknown.

The sheer cost of mounting a campaign is so far beyond most of the smaller nations that it immediately limits participation and becomes a rich-man’s game – the same reason that many of the keelboats were dropped in the past. Do we not learn from the past?

Further, along with the Lasers going to sea trials, equipment for seven classes will only be decided by November 2019, which is only two and a half years before the first Paris 2024 Olympic trials. MNAs should delay the decision for 2028 and use the little time ahead to test all the new chosen equipment.

In addition, at a time when World Sailing has not completed its own anti-trust review program and is under investigation by the European Commission for possible anti-trust infringements, would it not be prudent to delay further decisions until that review is completed?

There is another choice open to delegates at the AGM – a vote for no change at the present time to keep the 2020 Olympic sailing events for 2024. We would urge all delegates to seriously consider whether losing the Finn is in the best interests of the sport.

Please think of the sailors.