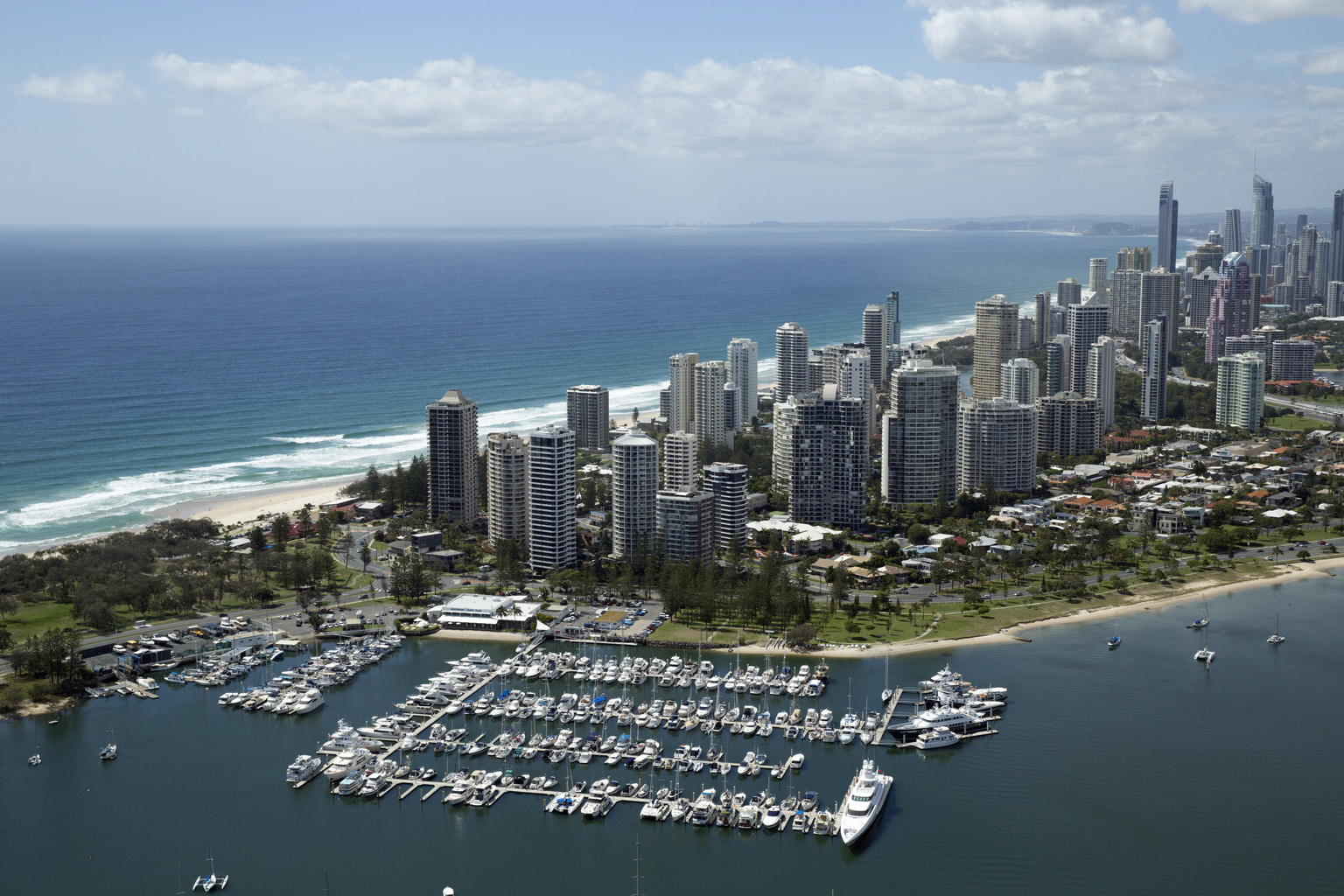 In light of the damage caused to Coffs Harbour marina when a severe east coast low hit the region earlier this month, the finish of the Royal Prince Alfred Yacht Club’s signature offshore event is moving to Southport on the Queensland Gold Coast for 2017.

Coffs Harbour’s marina and marina office and other local businesses suffered infrastructure damage when giant waves crashed over the northern breakwall during the peak of the June storm. At the time ABC Coffs Coast reported the force of the waves broke finger-wharves from their moorings and destroyed part of the timber boardwalk that provide access to yachts berthed at the marina.

Given the damage and the risk it won’t be repaired in time for the fleet’s arrival in early January, the RPAYC board of directors has today confirmed the 2017 New Year race will be renamed the Club Marine Pittwater to Southport Yacht Race and finish off Southport’s Main Beach.

The event will start from the traditional Coffs Race start line just north of Palm Beach Headland at 1pm on January 2, 2017 and cover a course length of 370 nautical miles, an extra 145nm. The same Category 2 safety requirements will apply and the club’s simple online entry process will be in place for the longer coastal race.

Commodore of RPAYC Ian Audsley said, “We enjoy a partnership with Coffs Harbour Yacht Club and community spanning 35 years and we reached out to them immediately after the worst of the storm to express our heartfelt concern. We recognise their disappointment with the board’s decision, particularly after steps taken to initiate remediation of the marina, however we need to assure boat owners well in advance there are suitable facilities at the finish to accommodate them.

“Southport has welcomed the opportunity to host the finish in January 2017 and I’m sure it will be an outstanding success,” the Commodore added.

Southport Yacht Club, which hosts the finish of the Cruising Yacht Club of Australia’s annual mid-winter Land RoverSydney Gold Coast Yacht Race, has embraced the idea of finishing the RPAYC’s race and the two clubs are now working together on the detail. SYC recently made the difficult decision to cancel their Coffs Harbour to Southport yacht race,

SYC director Ray McMahon said, “As much as we are devastated for our friends in Coffs Harbour, here at Southport we are pleased the fleet is heading to us. We have a modern floating marina and other facilities to host the finishers, plus with our open-arms policy we’ll make sure all visitors have the best time.”

The Club Marine Pittwater to Southport Yacht Race dovetails into SYC’s Bartercard Sail Paradise series. Instead of the RPAYC conducting a program of short races once the fleet arrives, as they do for the annual Pittwater to Coffs race, the Southport fleet can simply roll straight into SYC’s existing Sail Paradise Regatta starting Wednesday January 11.

More information on the Club Marine Pittwater to Southport Yacht Race and the Notice of Race will be released by the RPAYC in the coming weeks.