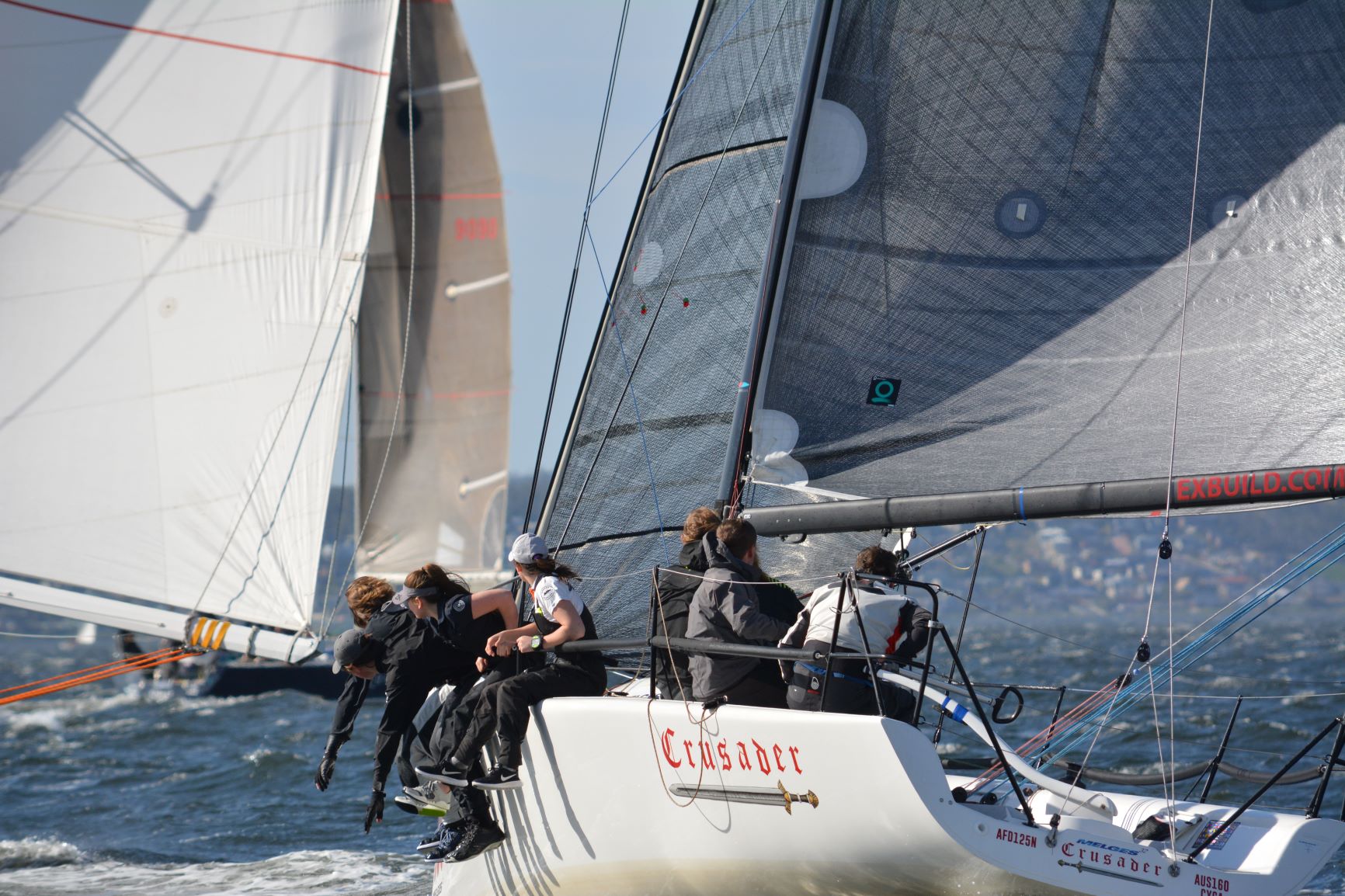 The success of this years Combined Clubs Winter Series demonstrated the enthusiasm of our Hobart sailors to return to sailing in these unprecedented times. The 2020 Ronald Young & Co Builders Pipe Opener is the traditional lead-up to the official opening of Southern Tasmania yachting season. This year the Pipe Opener will be a collaboration between the Derwent Sailing Squadron and the Kettering Yacht Club.

The tradition of the Pipe Opener will continue as it celebrates 52 years of history under a revamped three-day sailing series. This will be the Kettering Yacht Club’s first sailing event since last summer and the local Kettering community are right behind the event in providing community services and catering. This will not only be an event for our sailors, but family and friends will easily be able to join the festivities with only a short 30-minute drive from Hobart to Kettering.

The Hobart to Kettering Race, with the Cruising Division starting at 4pm and Racing Divisions starting at Castray Esplanade at 7.30pm on Friday 18 September, is the opening race and part of the Hobart Combined Clubs Offshore Series. With course options including Storm Bay and the D’Entrecasteaux Channel and, apart from the newly-created Cruising Division, conducted entirely in the hours of darkness this challenging race will test the fleet.

Saturday afternoon sees the Duggan’s Concrete Cove Race, hosted by the Kettering Yacht Club, sailed around the scenic Channel, while on Sunday morning the fleet will race back towards Hobart in the Kettering to Pierson’s Point Race.

With over 35 entries already received, DSS Vice-Commodore Nick Connor is pleased with how the new format has been received. “All events need to be refreshed from time to time and the Pipe Opener is no exception,” he said. “We are enjoying working with Kettering Yacht Club, one of Tasmania’s most progressive clubs, in conducting this major event for the Squadron.”

“Joining our long-time Squadron sponsor Ronald Young & Co Builders is Duggan’s Concrete, a stalwart of the Huon Valley, forming a strong partnership to ensure the viability of the Pipe Opener,” Connor said.

In Division 1 there is a seriously rapid pair of Melges 32s in Crusader Clennents Mitre 10 (Brett Cooper) and Cockwomble (Andrew Smith) as well as the Cookson 50 Oskana (Michael Pritchard). The crack young crew of Crusader will be testing their overnight sailing skills with 5 of the 8 crew under 18 years of age, with the youngest crew Indy Cooper sailing her first overnight race.

Stretching her legs in a longer race since recently arriving in Hobart is Quest (Quest Syndicate) and it is pleasing to see Mark Bayles’ Kraken 42S fully-recovered from damage sustained in a Winter Series collision and joining the fleet for next Friday’s race.

The Cruising Division is headed up by Paul Burnell’s Beneteau 45 Stella along with the Moody 45 Eenee (Sue Alison-Rogers), Bruce McIntosh’s Beneteau 45 Marika and Tamar Yacht Club entrant Believe (Richard Fisher). This Division will be a race within a race as the cruising boats enjoy a lighter sailing program, but still with some white line fever competition.