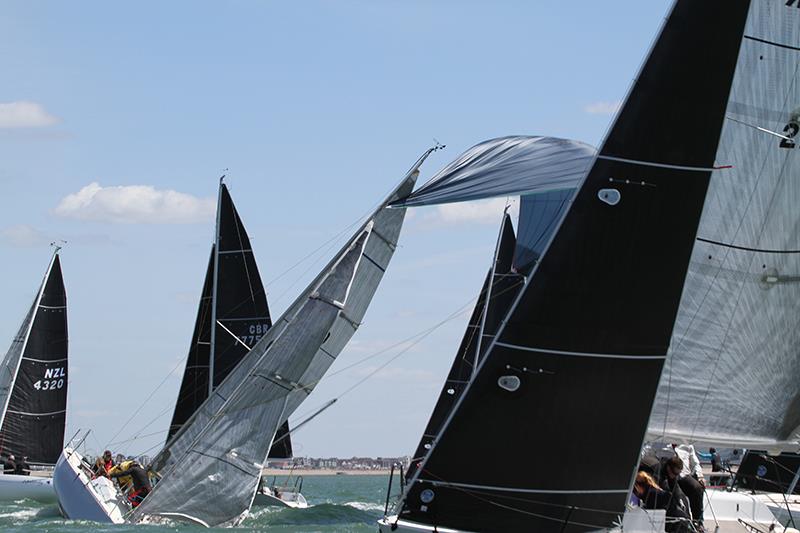 For the past few Quarter Ton Cups, Pierre Paris's Pinguin Playboy has ruled the roost in the Corinthian Division, and yesterday at the Cowes hosted event, it started to look like 2018 might follow the same pattern, but today it was discovered she has some serious competition on her hands.

Robbie Stewart's Hellaby claimed race five from Pinguin Playboy by nine seconds, whilst in Race 6 she found herself pushed down into fourth behind Jan Thirkettle's Olivia Anne VI and Hellaby and Edward White's Joker.

Hellaby then won race seven from Olivia Anne VI and Joker and once again Pinguin Playboy had to be content with fourth.

But the Revival Quarter Ton Cup is about more than just racing results. Anyone who has ever raced a Quarter Tonner will tell you just how much fun the boats are and what wonderful histories so many of them have.

A lot of those sailing this week have returned to the class having first raced Quarter Tonners back in their heyday of the 1970s and 80s, and we have several teams vying for the trophies for the oldest combined crew age and the oldest bowman.

The camaraderie is incredible, the banter at the bar is hilarious and level of support amongst the crews, particularly for any new teams joining the fleet, is heart-warming. The age range is also impressive, with a number of much younger crews getting in to the Quarter Tonners because they realise that the class offers them some of the best racing they will find at surprisingly low cost.

It's also great to see that the Quarter Tonners are an equal opportunities fleet with all girl crews like Louise Morton's taking on the boys on a level playing field and many mixed crews.

This evening the teams are enjoying a well-deserved night off after a punishing eight races over two days.

Tomorrow everyone will be hoping for sufficient wind to complete one final race to decide the series. Regardless of the conditions, one thing we can guarantee is that the regatta will close tomorrow evening with the infamous Quarter Ton Cup Gala Dinner and Prize Giving, which this year is being held in the Cowes Yacht Haven Events Centre, with special guest and Class Patron Bob Fisher in attendance.