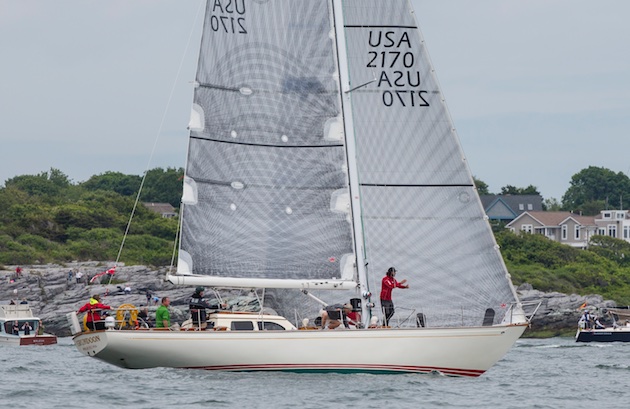 Hamilton, Bermuda: The division winners of the 2018 Newport Bermuda Race were finalized today with the arrival of the remainder of the fleet, after a slow but strategically challenging race.

Of the 169 boats that started the 51st edition in Newport on June 15th, 166 completed the 635-mile race in two to six days’ time (there were three retirements). After making very slow progress in the middle of the racecourse in light to non-existent winds, most of the fleet finished quickly on Tuesday evening and Wednesday morning.

The divisional awards, as well as many other special awards, will be presented on Saturday evening by His Excellency, the Governor of Bermuda, John Rankin. Assisting will be the commodores of the clubs that co-organize the race, Brad Willauer, of the Cruising Club of America, and Jonathan Corless, of the Royal Bermuda Yacht Club.

Grundoon completed the course in 112:12:19. Grundy sailed with his daughter and two sons in the crew; his father purchased the boat new 50 years ago, in 1968, and first entered it in the Newport Bermuda Race in 1972. “This win is for the family,” Grundy said.

Orca completed the course in just over five days, finishing in the early hours of Thursday morning with a time of 123:19:13. Wizard made the trip in 55:37:02, finishing on corrected time ahead of New Yorker George David’s Rambler 88, which was the first boat to cross the finish line, just before sunset on Sunday night, in a time of 50:31:51.