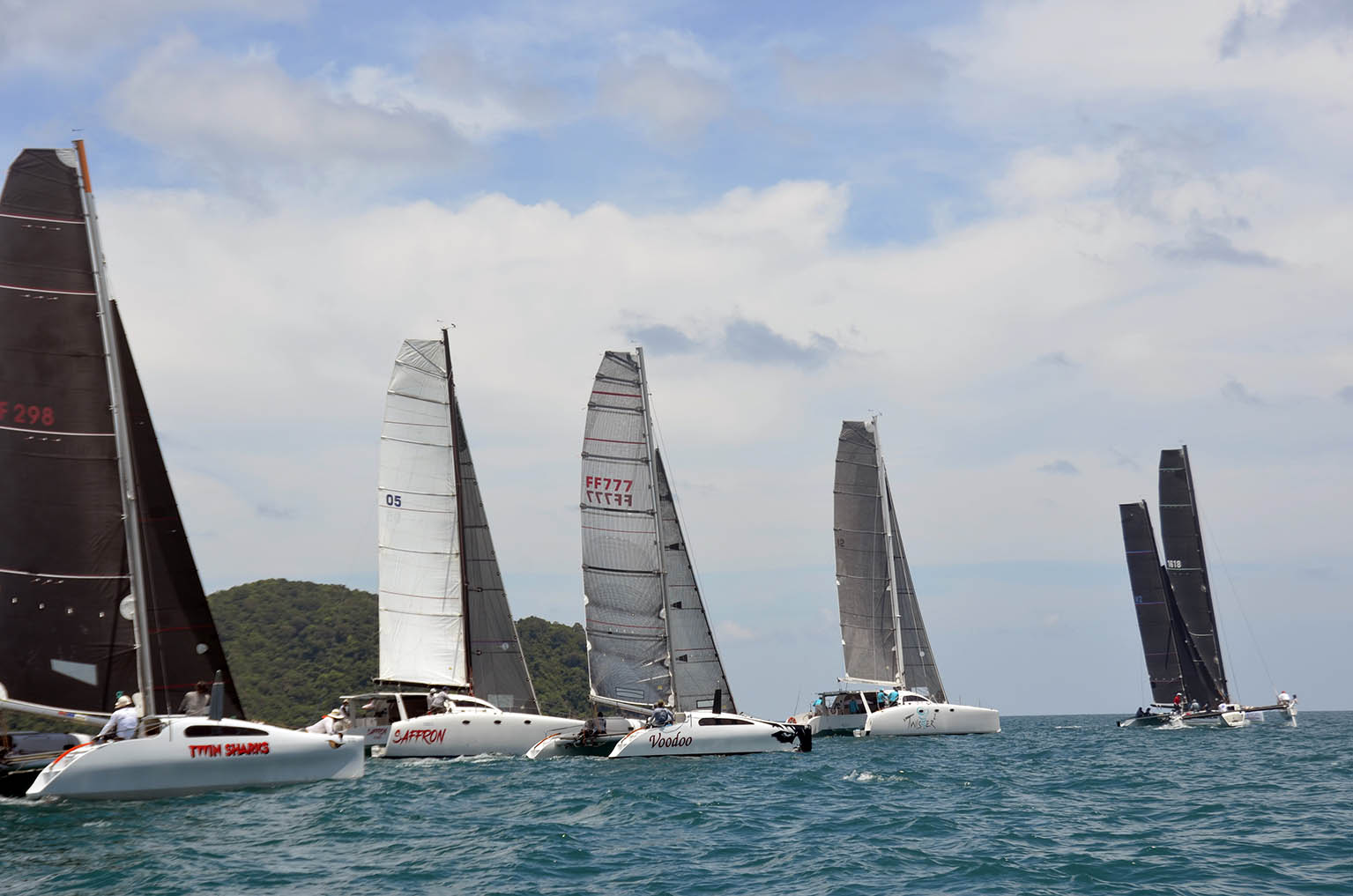 The Andaman Sea shone in all its glory upon the return of the award-winning Phuket Raceweek.

After a one year hiatus due to pandemic restrictions, organisers pulled out all the stops and worked with the Thai yachting community to showcase Phuket in all its world-class beauty to put on a successful three day sailing event.

Driving awareness through its #PhuketSailing campaign, the organisers have been laser-focussed on delivering a safe event with lots of on water fun, during these challenging times.

Managing Director of organisers Media Business Services Co. Ltd, Byron Jones said, “We discussed holding the event with key members of the local sailing community and they were all keen to go ahead. We moved from our traditional July slot to August to accommodate local needs and while we had to ensure all was in line with local authority rules and COVID measures. The event went off without a hitch and everyone who took part had a great time.”

Quick to support the 18th Raceweek was the Phuket Cruising Yacht Club, providing the headquarters for the event and the gathering point before and after sailing for all involved. Many other local businesses also supported Phuket Raceweek this year, all keen to showcase sailing and highlight that Phuket is ready and eager to welcome visitors again.

“We have been overwhelmed by the number of local sponsors and supporters, who have stepped up to help us put on the event. It’s certainly been a challenge but hearing all the positive feedback from the sailors and the island community, makes it worthwhile,” added Jones.

Racing was held in the popular Chalong Bay from August 27-29 and 10 boats took part in three classes.

Close racing was the name of the game in the OMR Sports Multihull class, with all entrants on the podium during the seven-race series. A fast finish with three wins from three races wasn’t quite enough for Warwick Downes’ Bonza, however, whose two third places and a fourth earlier on in the series meant they had to settle for second place behind Fugazi, skippered by local multihull guru Mark Pescott.

Elsewhere in the class the two Firefly’s were having their own tussle, swapping places each race. By series end, it was Twin Sharks, skippered by Jason Corall, who edged out Jojo Tayong’s Voodoo to take third place and the Firefly bragging rights at the 2021 Phuket Raceweek.

A trio of locally-built Stealth catamarans battled it out in the OMR Cruising Multihull class. Designer and builder of the Stealths, Alan Carwardine, was skippering Saffron and used his build expertise and local sailing knowledge to edge out the others and claim victory overall. While Mick Coleman’s Fez and Glywn Rowlands’ Twister 2 kept them honest, they had to settle for second and third respectively.

Niels Degenkolw’s team on Phoenix dominated the IRC Monohulls class winning six out of six and claiming the 2021 class crown. Mas Alegre and Night Train went head-to-head for second place bragging rights and by series end it was Paul Baker’s Mas Alegre that came out ahead claiming second with Paul Merry’s Night Train in third.

New to Phuket Raceweek this year was a Pursuit Race – the first time such a race has been held during the regatta and possibly the first time in Thailand. Held on the second day, the entire fleet were set off according to their handicap (slowest boat first) and finished off Koh Larn in Chalong Bay. Fugazi claimed the honours in the Multihull class while Phoenix came top in the Monohulls class.

Another first this year saw hydrofoil kites and wing foils compete on the final day. Taking out the inaugural wins were Zayyar Wit in the Hydrofoil Kite class and Alejandro Vernis in the Wing Foil class.

Despite the challenges of putting on an event during a pandemic, the 2021 Phuket Raceweek will be remembered for three days of sailing in near perfect conditions, great camaraderie amongst the participants and a wonderful showcase of Phuket’s hospitality and preparedness.