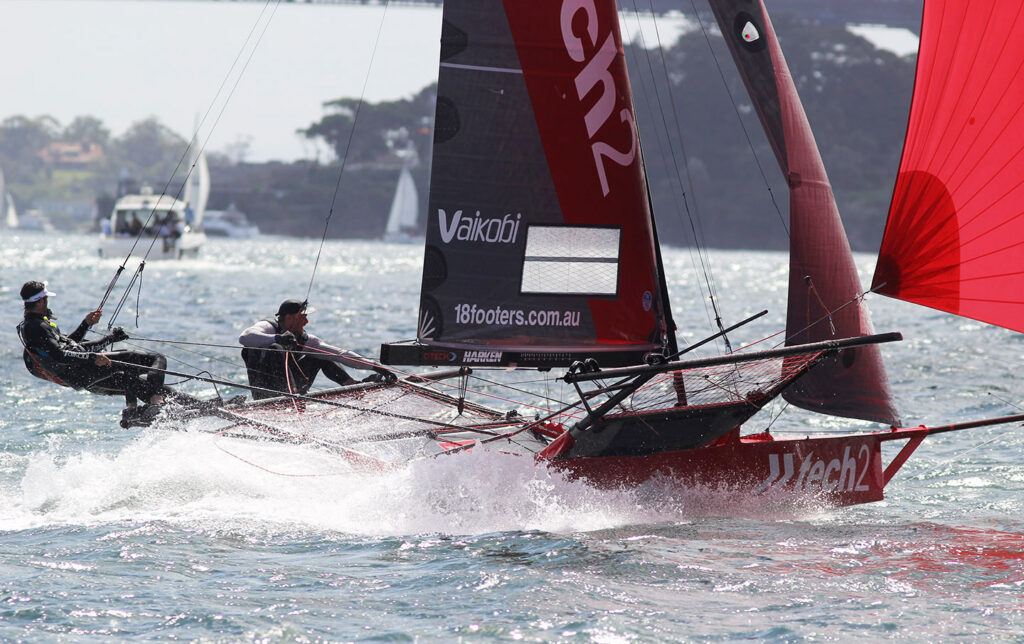 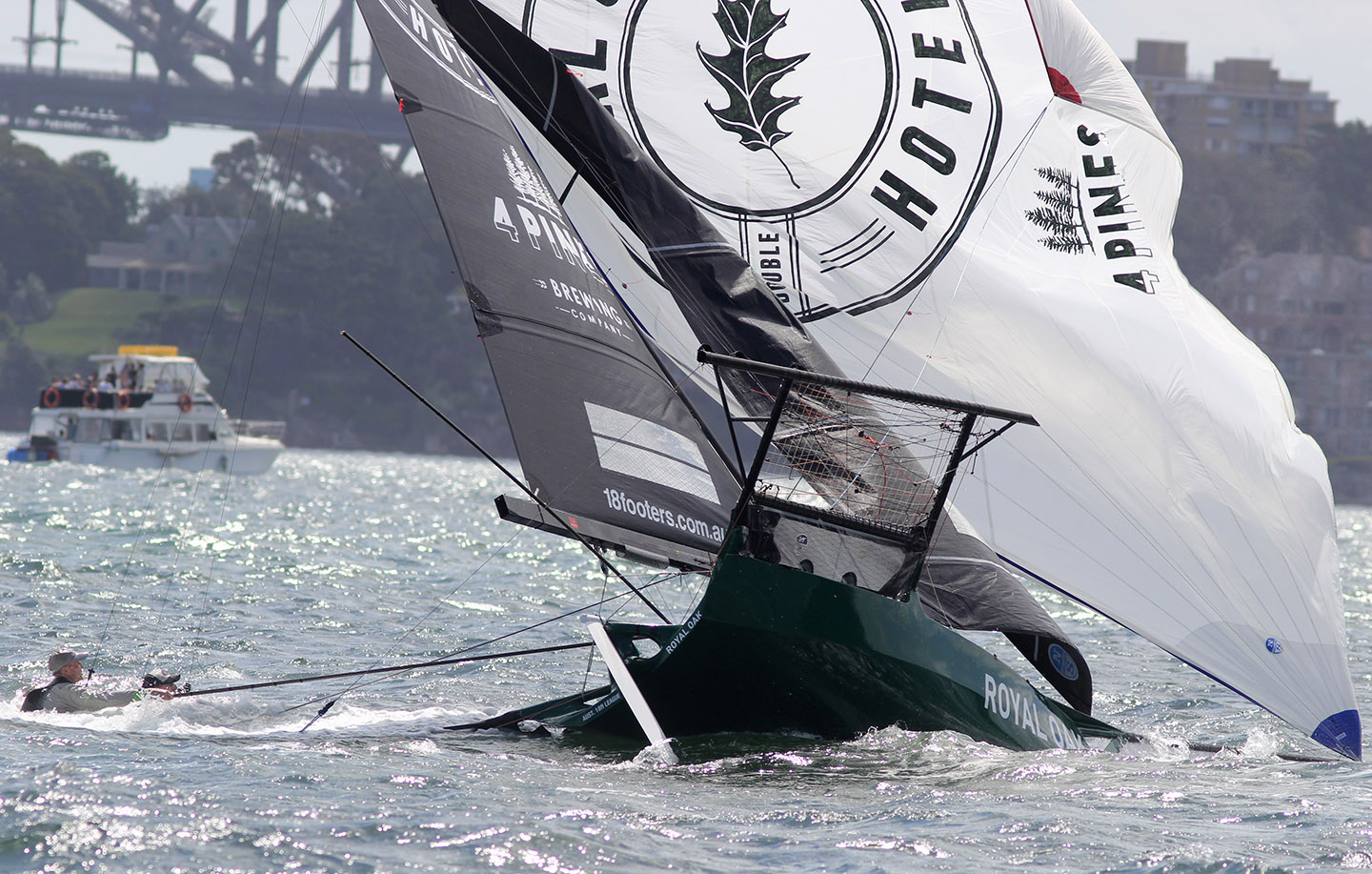 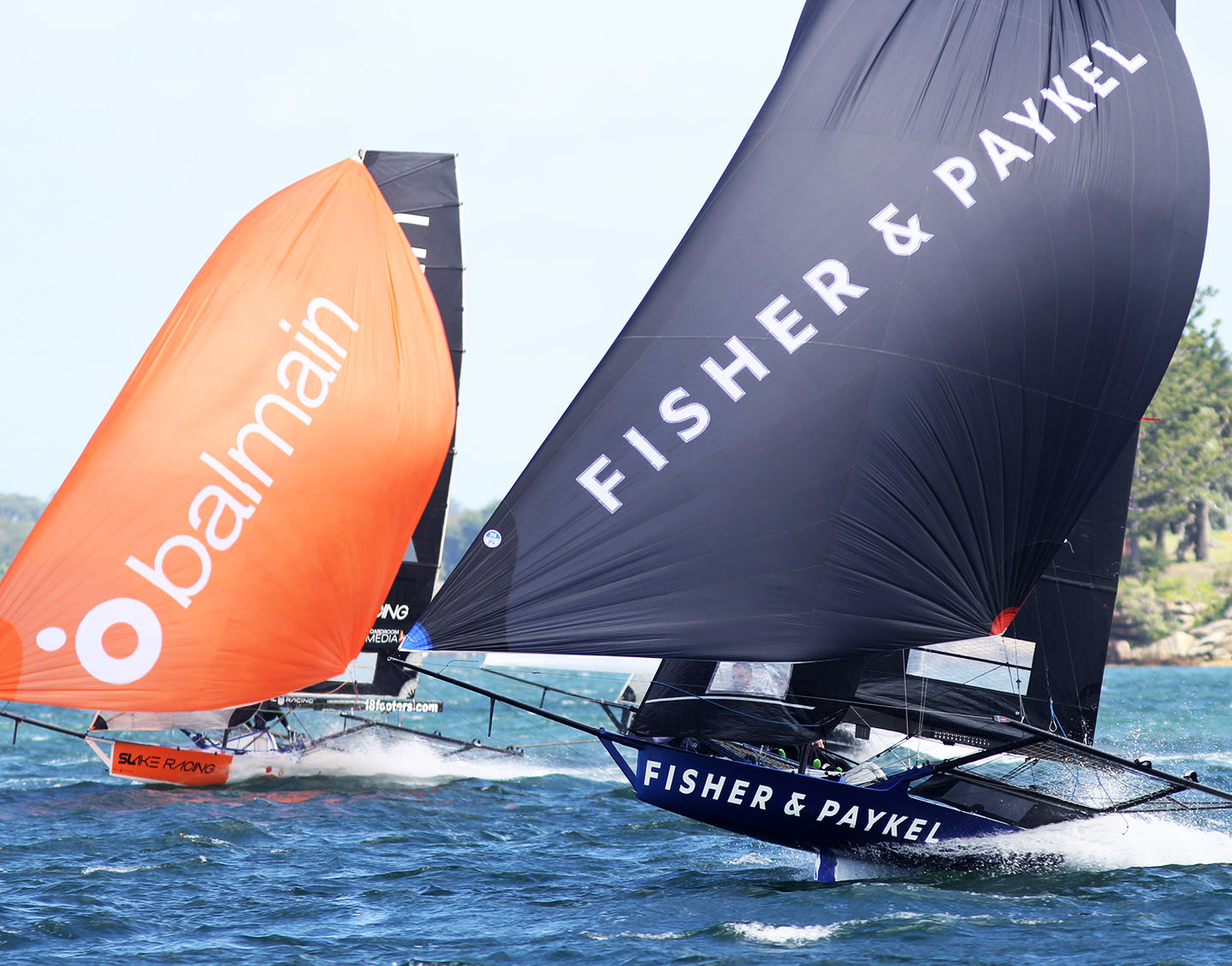 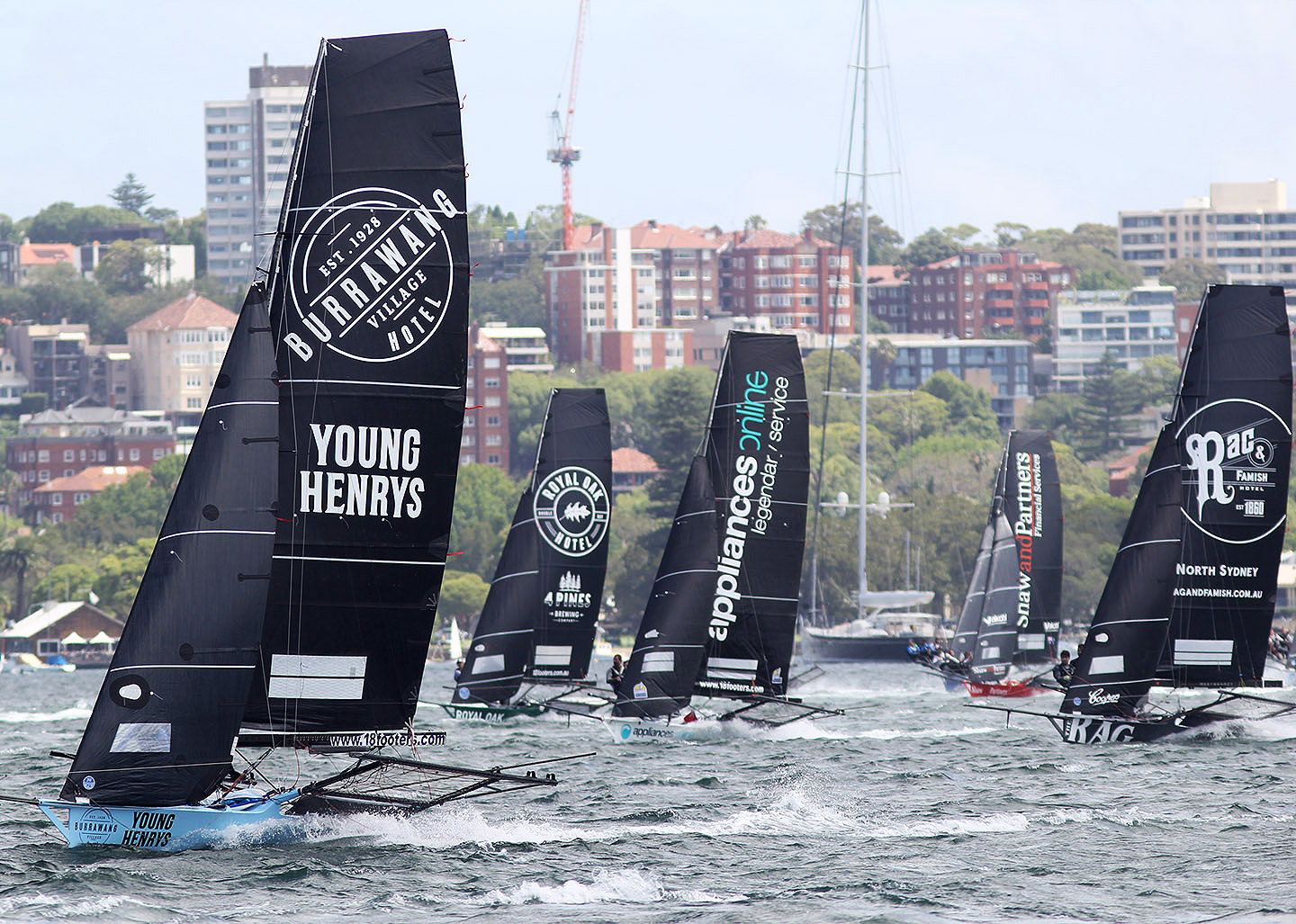 The charge on the two-sail reach to Obelisk Bay. Pic - 18ft skiffs 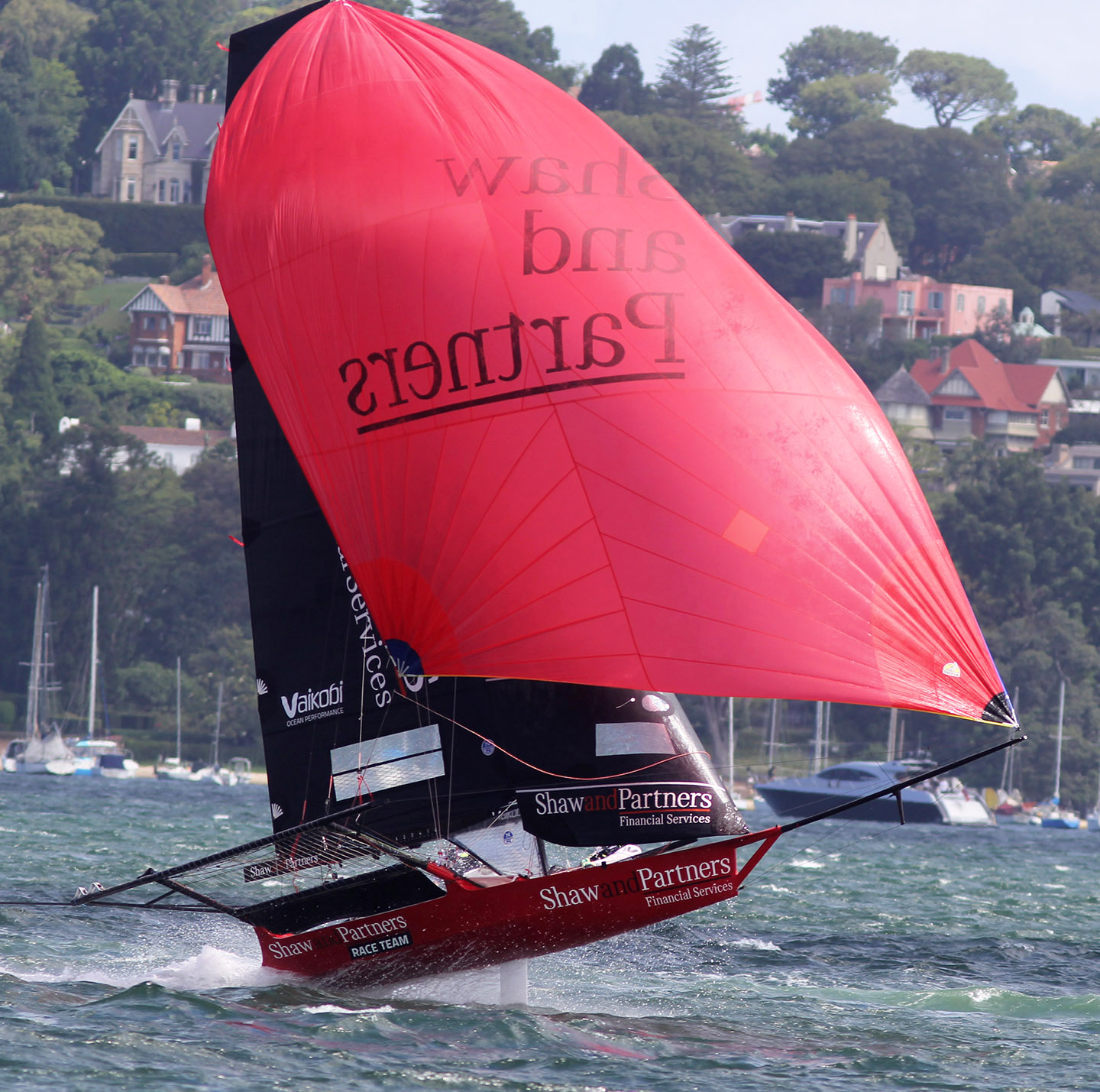 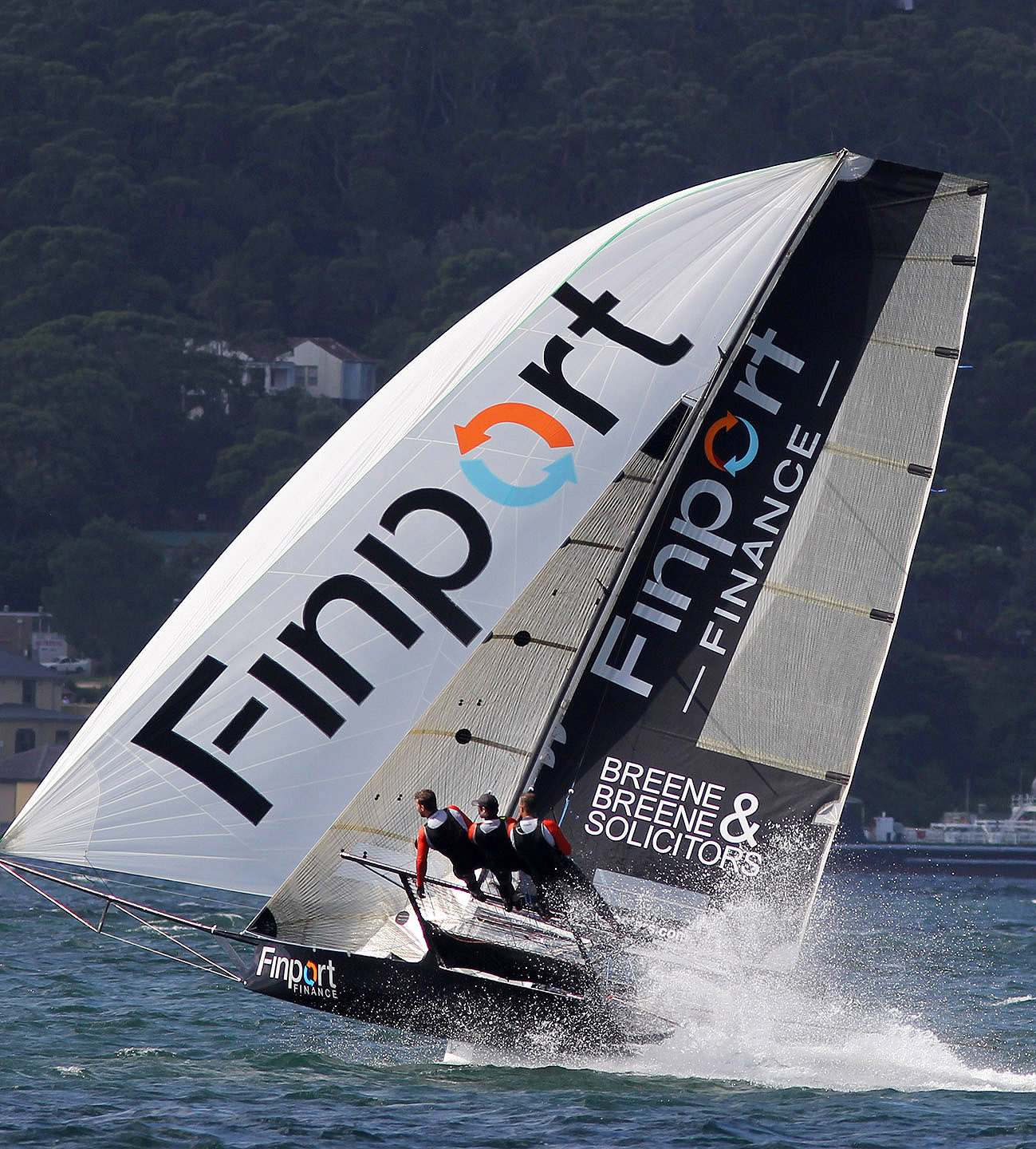 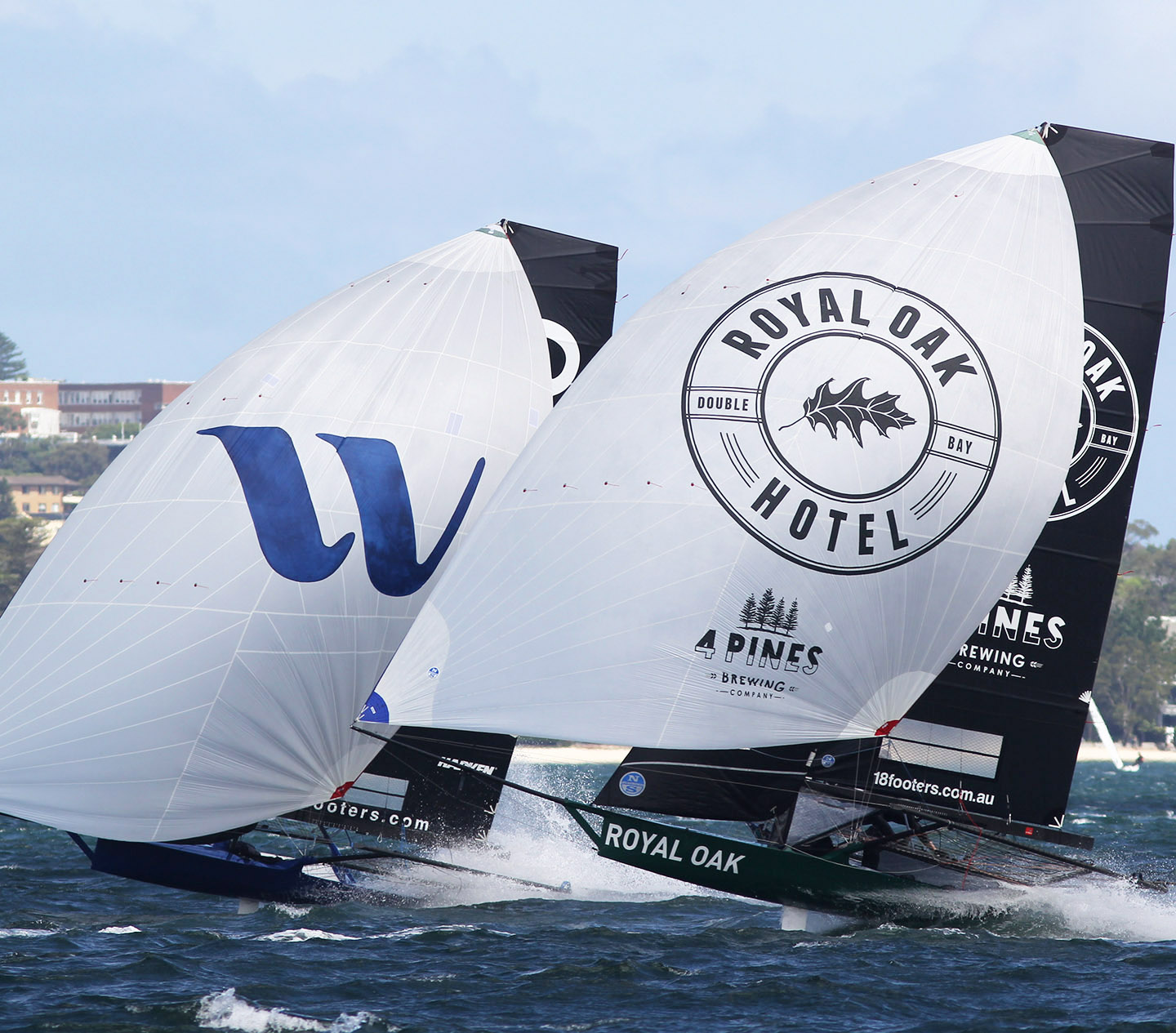 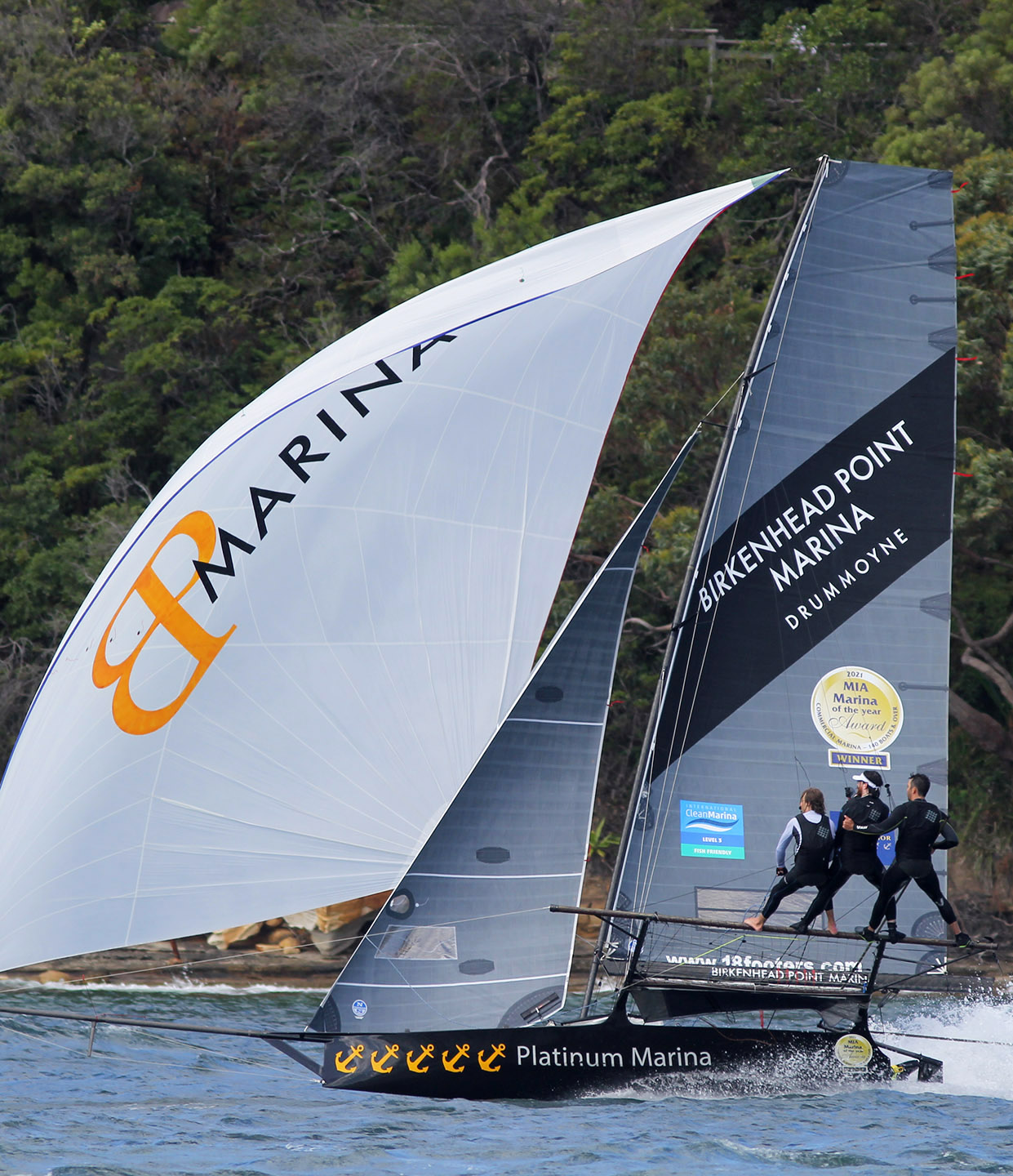 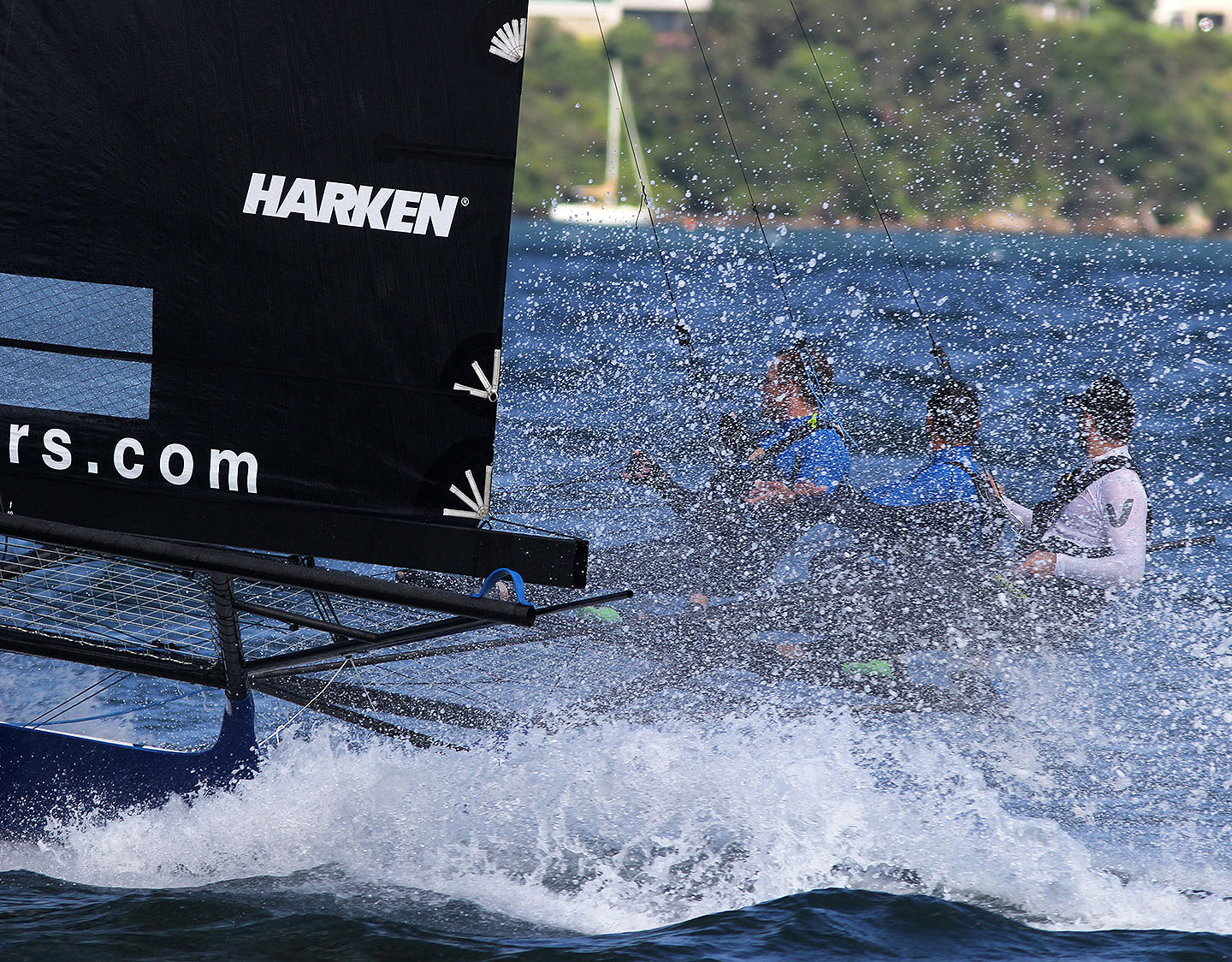 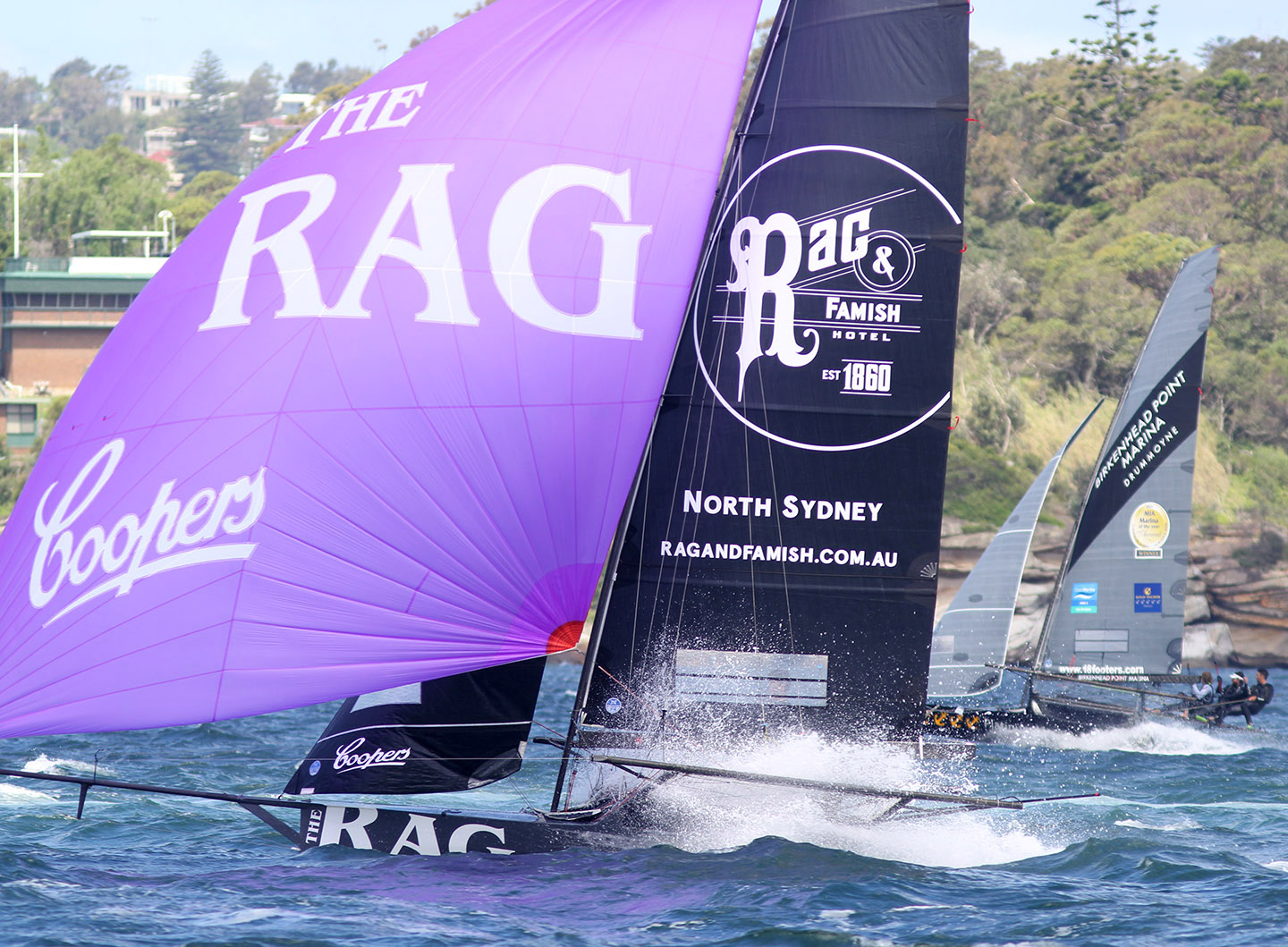 Action near the top of the fleet. Pic - 18ft skiffs

Tech 2’s team survived a capsize at the start, then had to come from behind at the final rounding mark as the fleet headed for the finish line, before taking the lead for the only time during the race as it crossed the line.

Series leader Yandoo (John Winning, Mike Kennedy and Fang Warren) had led for most of the course in the more than 20-knot southerly wind and looked likely to hold on for her second win of the championship before Tech2 came in hard to grab victory right alongside the judge’s boat at the short end of the finish line.

Andoo (James Dorron, Matt Stenta and Sam Newton) looked to be the major threat to Yandoo as the leaders approached the finish but had to settle for third place, a further 14 seconds behind Yandoo.

It was a race which provided spectators with non-stop action, thrilling spinnaker runs down the harbour at top speed, spectacular capsizes and a magnificent finish.

At the half-way point of the eight-race championship, Yandoo still retains a narrow one-point lead over today’s winner, Tech2.

The race began in sensational circumstances when Smeg and Andoo were recalled for being over the line and only Andoo returned, while Tech2 and Shaw and Partners Financial Services both capsized as the fleet headed out for the top mark off Clark Island.

Smeg led the fleet around the Clark Island mark but her OCS and failure to return meant that the official race leader was Noakesailing ahead of Lazarus Capital Partners (Marcus Ashley-Jones) and Yandoo, which were followed by the charging pack as the fleet raced downwind to the bottom mark at Obelisk Bay.

While a couple of teams elected to set a spinnaker, most chose to do a two-sail reach for several hundred metres before setting one.

The speed of the boats was thrilling for the spectators but a few teams paid a price as the fleet approached Obelisk and the lead changed when both Noakesailing and Lazarus Capital Partners capsized.

Yandoo was now the leader followed by Burrawang-Young Henrys and a group including Andoo, Rag & Famish Hotel (Josh McKnight) and Tech2, which had quickly worked her way through the fleet after the start line incident.

On the next leg of the course, back to the mark at the southern end of Shark Island in Rose Bay, Yandoo had established a clear lead over Andoo while the big improver was The Oak Double Bay-4 Pines (Aron Everett), Tech2, Burrawang-Young Henrys and Finport Finance (Keagan York).

The same group maintained their positions on the next leg across the harbour from Rose Bay to the bottom mark in Athol Bay East, while Shaw and Partners Financial Services had also moved up to be on the edge of the group.

Yandoo continued to hold off her challengers until the fleet reached Obelisk Bay on the second lap but temporarily gave up the lead to Andoo until the latter boat capsized shortly after rounding the mark.

The Oak Double Bay-4 Pines was another casualty on the spinnaker run and was forced to retire with a broken spinnaker pole.

Despite the strong challengers from Tech2 and Andoo, Yandoo looked to be in control and was showing the same form the team has produced throughout the season so far

The three-boat neck-and-neck finish was a fitting was to end a great day’s 18ft Skiff racing on Sydney Harbour.

Race 5 of the NSW Championship will be conducted on Sunday.