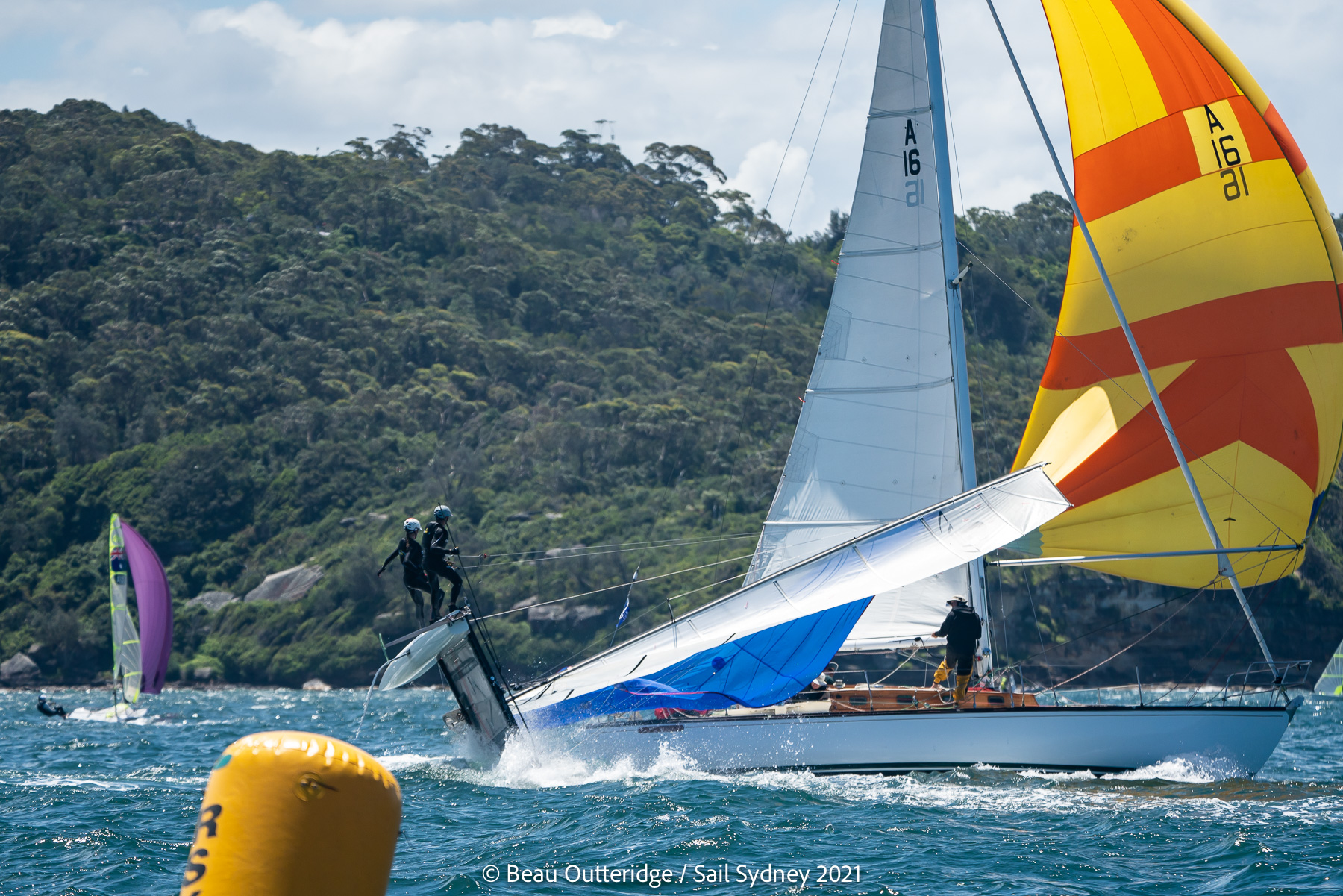 Sydney Harbour put on a show for the last day of Sail Sydney, with a gusty southerly providing perfect racing conditions for the 200-plus competitors.

The regatta has been the first opportunity for many athletes to test their skills against interstate competition in many months, and 29er class winners Daniel Links and Markus Sampson will be using it as a springboard to a big summer of competition.

“Today was a very tricky day with lots of ups and downs,” said Links after racing. “Everyone went really well in some big conditions, and it was great fun.

“I’m very keen for this summer, we are especially looking forward to getting down to Sail Melbourne next.”

Australia has a proud Olympic history in the 49er class, and with the Paris Olympics less than three years away first blood in the selection battle was drawn by Queensland’s Tom Needham and Joel Turner. They won a tight regatta ahead of Jim Colley and Shaun Connor, with Tom Burton and Simon Hoffman in third.

“It was really good to get racing them again,” said Needham on being re-connected with the rest of the Aussie squad. “We know each other very well and they are our main training partners. It was some really tight racing with them all week”

2022 will be a big year for the team from the Royal Queensland Yacht Squadron.

“We’ll be heading down to Sail Melbourne in early January, and then overseas in March to start the European circuit. We’ll actually have two trips to Europe, and then head to Canada for the World Championships later in the year.”

“Some really big shifts came through which made today really interesting,” noted Stannage.

“The whole fleet worked really hard, it was an amazing regatta overall and I was just so happy to see everyone again.”

In other classes, Laura Harding and Annie Wilmot were almost perfect in their domination of the 49erFX class whilst Grae Morris (iQFoil) and the team of Jake Liddell and Lucy Copeland (Nacra 17) left it to the last race to secure their regatta victories.

The next stop for many of the athletes will be Sail Melbourne, which will be hosted by the Royal Brighton Yacht Club and the Royal Yacht Club of Victoria from January 13 to 17 2022.