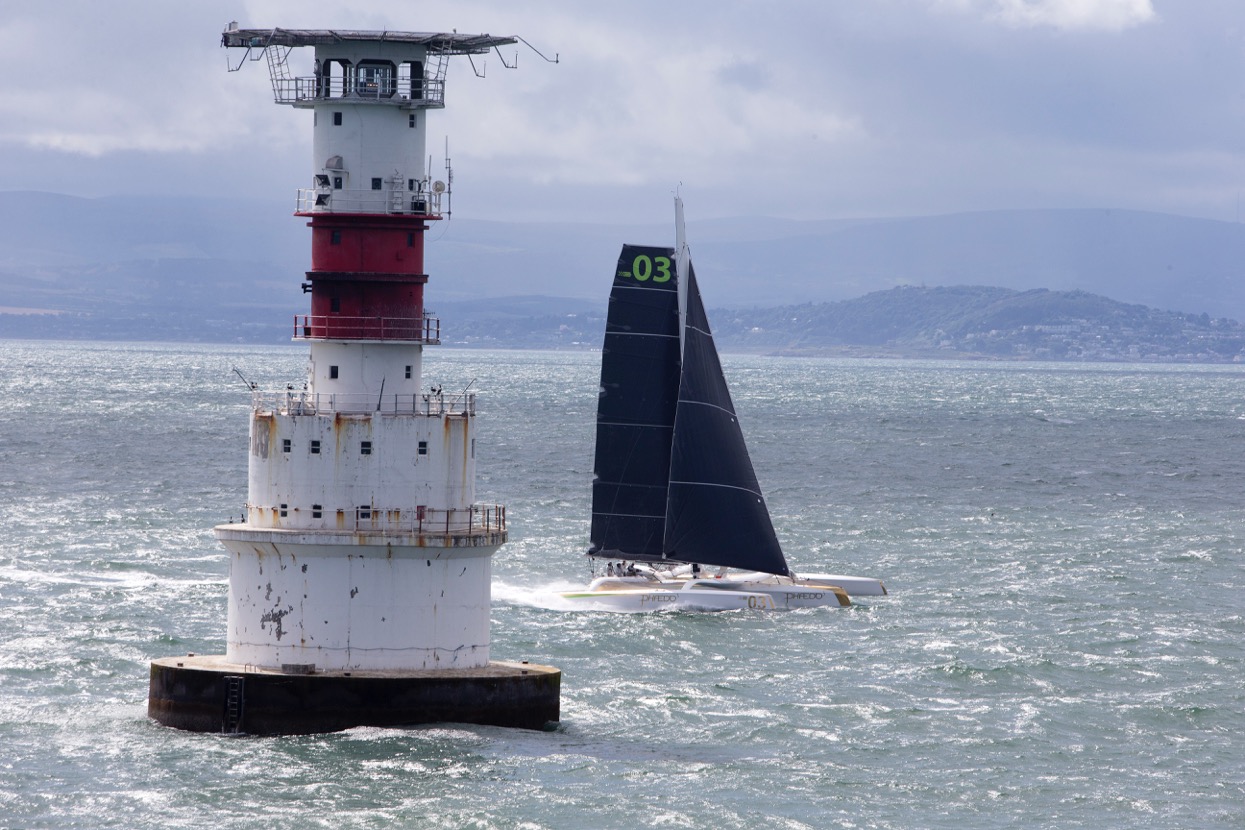 Phaedo 3 at the start of the record attempt. Photo credit: Richard Fallon-Langdon.

American sailor Lloyd Thornburg has set a new world record for the fastest circumnavigation of the island of Ireland.*

Thornburg and his crew, including Ireland’s Damian Foxall and co-skipper, the UK’s  Brian Thompson  (the first Briton to break the Round the World sailing record twice), set off from Dún Laoghaire on Wednesday at 3.09pm, returning just over 36 hours and 52 minutes later.

The previous world record of 38 hours, 37 minutes and 7 seconds was set by Musandam Oman-Sail in last June’s Volvo Round Ireland Yacht Race.

The latest record comes just weeks after Lloyd and his Phaedo 3 crew won the Round Island Race in the UK, smashing Sir Ben Ainslie’s record, and setting a new record of just 2 hours 23 minutes and 23 seconds, for going around the Isle of Wight.

Upon coming ashore, an exhilarated Thornburg said the crew was exhausted but it was worth every second. “You really appreciate how beautiful this island is when you see it from the coast-side.  The first time we came here was when we took part in the Volvo Round Ireland Yacht race last June.  We had to come back and do it again and setting a new world record made it all the more worthwhile.  It was intense but we’d do it again tomorrow, and we will be back!”

Celebrations will be short-lived however as Lloyd and the crew will be heading straight to the UK for the 2016 Cowes regatta, which kicks off next Monday (6th August).