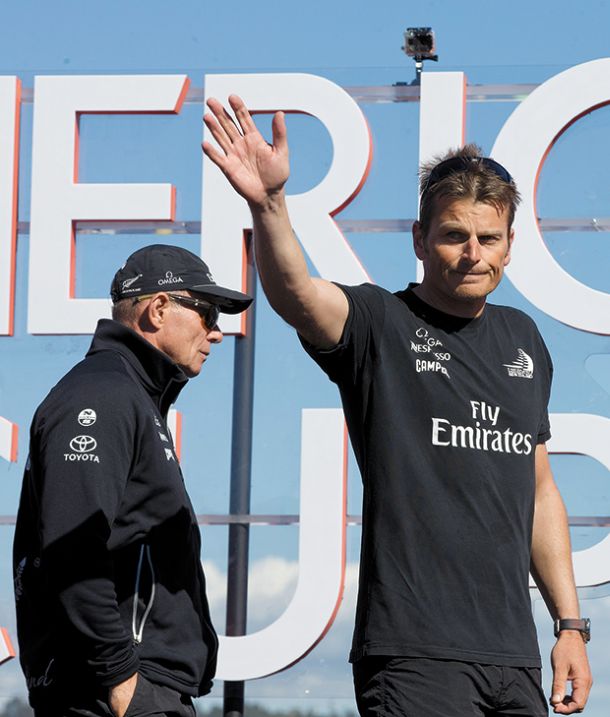 Dean Barker and Dalton after the final

That's the theory of Peter Montgomery as he runs the rule over some of the most influential figures in New Zealand's proud America's Cup history.

In his biography The Voice of Yachting released on Thursday, Montgomery says he met Barker last December and warned him of the drumbeats around the Auckland waterfront.

“The more I'm hearing is you are really being set up,” Montgomery told Barker.

Montgomery writes that “Dean may have been trying to set something up with Ross Blackman (Team NZ's business manager) after 2013 – perhaps trying to fill the vacuum after Grant Dalton said if Team NZ did not win he wouldn't continue. Whether or not Dalton had a change of heart, Dean's actions were regarded as internal mutiny by Dalton. There would be no room for both.”

Coninue reading here for PJ Montgomery's summary of the key Kiwi players, including Coutts and Blake.