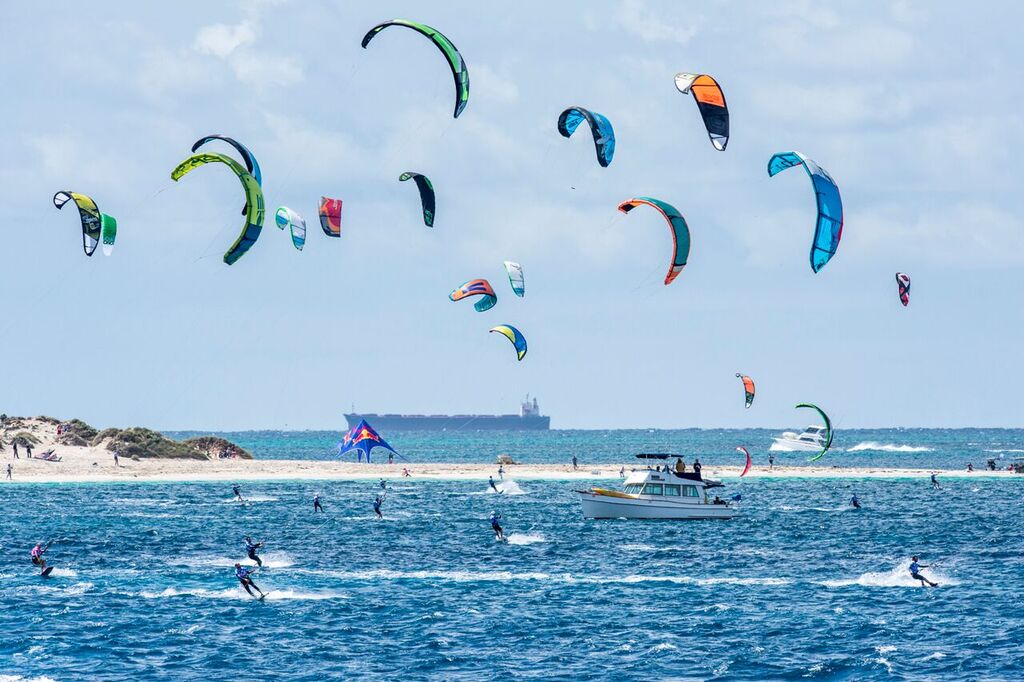 Tactics and endurance were the main winners in today’s Red Bull Lighthouse to Leighton kiteboard race, one of the most challenging for competitors in its six-year history.

Local amateur kiter Peter McKewen, 32, won the 19km race from Rottnest Island to Leighton Beach in 34 minutes and 39 seconds, taking the lead in the last half of the race after front runners Olly Bridge, Marvin Baumeister and Martin Dolenc all hit a “big wind hole” with their kites all collapsing into the Indian Ocean. While Dolenc and Baumeister were able to regain some ground finishing third and fourth, Bridge didn't manage to get back on his board.

McKewen, who has been kiting for eight years and racing in his fourth Red Bull Lighthouse to Leighton, said he was hoping for a top 10 finish but never thought he would win.

“It was a rollercoaster out there. I’m pretty tired – at one stage my kite went into the water but I managed to get it back up. It’s so great to be able to race against some of the best in the world.”

Peter laughed when asked if his 11m kite was a tactical choice. “It was the only one I had so it was this or nothing! I’m lucky it worked for me today.”

Finishing second was fellow West Aussie Andrew Cooksey, 35, from Jolimont who was racing in his second Red Bull Lighthouse to Leighton, saying last year was just for fun but this year he was “really trying!”.

Steph Bridge placed fastest female making it a back-to-back win, and was sixth overall, finishing in a time of 37 minutes 47 seconds.  She said anything could happen in a race like this.

“Anyone can win in an endurance race – it was intense, hard and tactical – the type of race I love.

“It was a bit of a lottery in the middle with dips in the wind so I’m really happy to win it again this year. It’s one of my favourite events to compete in each year.”

The race record of 22 minutes 7 seconds set by Olly Bridge in 2014 remains unbeaten.

First place winner Peter McKewen also took home the Marc Sprod Memorial Trophy as the fastest West Australian competitor. There was nearly A$9000 in prizemoney and A$4050 worth of trophies up for grabs in today’s race.

115 male and female kiteboarders from WA and around the world raced in today’s Red Bull Lighthouse to Leighton, the Southern Hemisphere’s longest open ocean kiteboard race.

The Red Bull Lighthouse to Leighton is made possible thanks to Tourism Western Australia and Red Bull, and is also supported by the Fremantle Sailing Club, WAKSA, Rottnest Express, Kite Addiction and Cabrinha Kites.