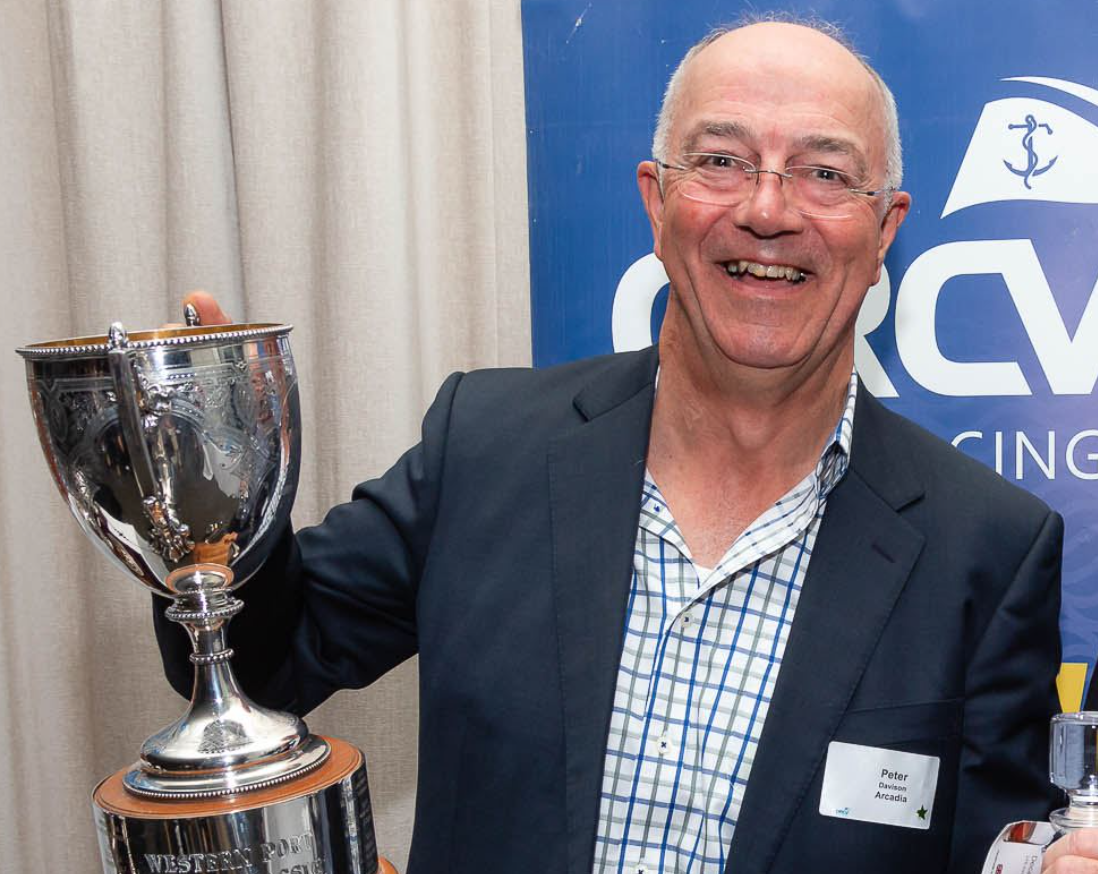 Victorian yachtsman Peter Davison, the owner/skipper of the Archambault 40 Arcadia, was named Victorian Offshore Sailor of the Year by Australian Sailing last evening.

An ORCV and Royal Melbourne Yacht Squadron (RMYS) member, Davison has successfully competed in several of the premier offshore races with the ORCV this season, sailing Arcadia to consistent top three results. He played the role of Race Director on another occasion.

As a boat owner and skipper, the yachtsman continues to demonstrate a willingness to support those looking to try ocean racing by providing guidance and seamanship knowledge.

A sailing stalwart of some 15 plus years, Davison is well-known for his dedication to supporting the offshore scene. He is also an active member of the ORCV Sail Committee where his views and contributions are held in the utmost regard.

In response to his award, a humbled Davison said, “I’m thrilled to be recognised for this Award. The reality is there’s a whole team of people who have been part of Arcadia’s 2021 offshore campaign. Obviously, I couldn’t have done any of this without my offshore crew. Then there’s my bay sailors who help keep Arcadia sailing at peak in between.

“My wife Gerra has always provided onshore support and the last 18 years my mum replenished us with homemade bacon and egg pies and soups. She sadly passed away just last month. There’s also the professionals who helped keep Arcadia in top condition. These people are all part of the reason we got this award,” he said.

“The ORCV has done a magnificent job to keep the season going, despite the huge challenges of the COVID-19 pandemic.  So, thank to you all for being part of this award and here’s hoping we can see each other on the water again soon.”

In response to Davison’s award, ORCV  Commodore, Grant Dunoon said, “Peter’s consistent results, skill and participation, along with his various contributions to our sport made him stand out among the other worthy finalists.”

Davison was also recently crowned ORCV Offshore Champion. The scoring system for the Championship is designed to recognise differences in fleet sizes, in the challenge presented by the various races, and the position each participant finishes each race in.

The committed Melbourne yachtsman ended the Championship an impressive 13 points ahead of his nearest rival, and 20 points clear of third place, in a fleet that has grown by 42 percent during the season.

“In a challenging year, Peter has dedicated resources, upskilled his crew and sailed consistently well in several major Victorian offshore races. These races featured fluctuating sea states and conditions,” Commodore Dunoon said. “He is worthy of being named the 2021 Victorian Offshore Sailor of the Year.”

Among other accolades, in August 2020 Davison was made a Life Member of the RMYS where he has been a productive member for 47 years.

Davison continues to race offshore in Victorian waters and ventures out of state for other races. His repertoire includes the Sydney Hobart and Melbourne to Hobart races, along with the Melbourne to Stanley and Melbourne to King Island races.