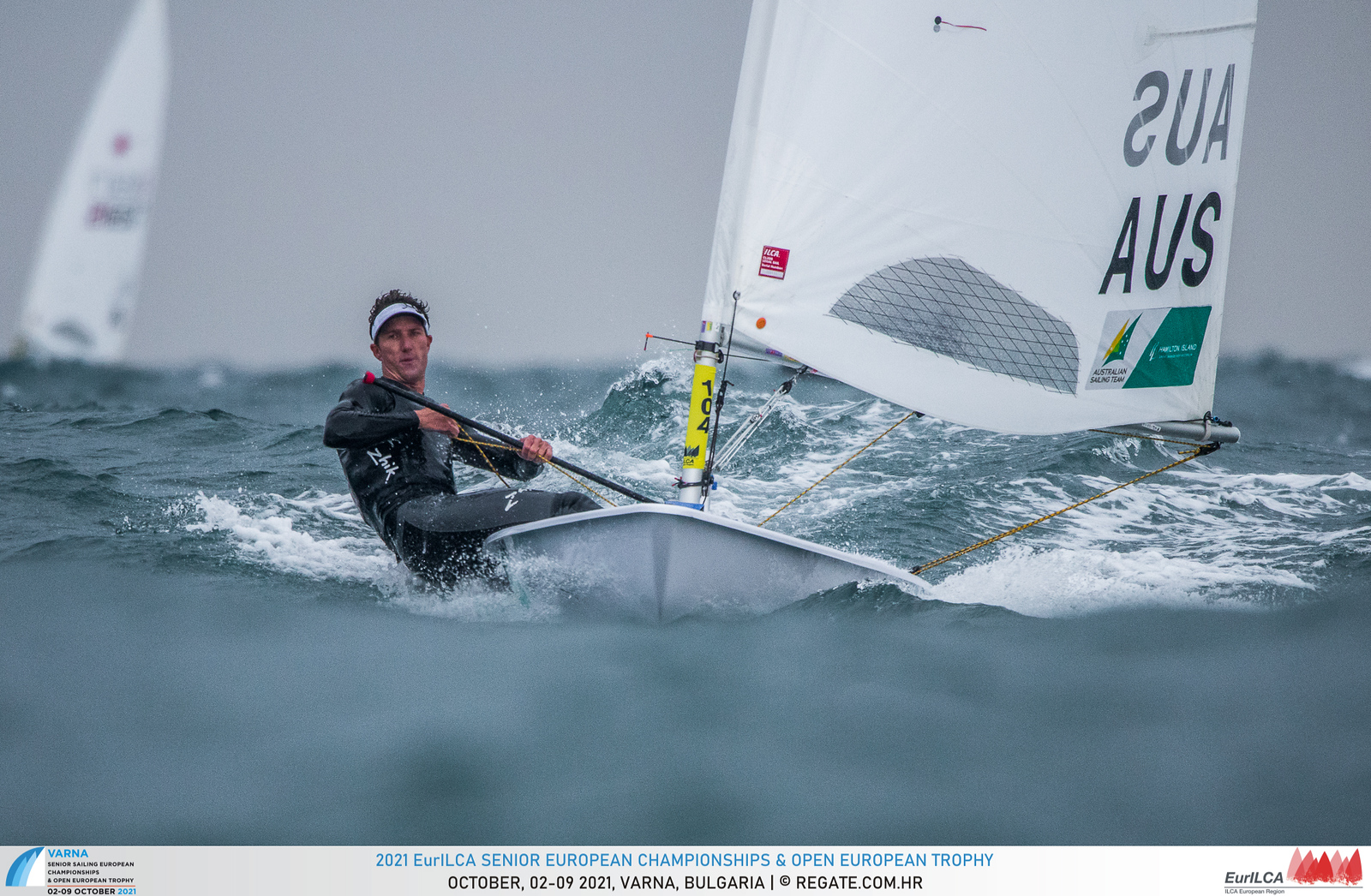 Luke Elliott won the only race of the day. Pic - EurILCA

When the second day of races in Varna, Bulgaria did get underway it was a solid 14 to 17 knots and big waves, conditions the Australian sailors relished. All four Australian entrants finished the race in the top ten.

It was also a good day for the Australian squad in the Laser Radial class, with three of the four sailors improving their overall ranking from yesterday.

Elyse Ainsworth finished the day with a 4th and 18th from her two races and is happy with the upward trajectory.

“Today was a glamour 10 to 15 knots and fantastic waves,” Ainsworth said. “I knew if I gave myself the space on the start line, I’d definitely have the speed to be up the front.”

The Radial women experienced several general recalls. Ainsworth has been trying to work on some starting kinks. “With the seven general recalls, we certainly got a lot of starting practice,” she laughed.

The wind and waves built all day, which was not only a test of the sailors’ skills, but the race committee seemed to have their work cut out for them as well.

Coaching the Australian Laser squad, Ryan Palk said, “They had some trouble setting the course and getting the anchors to stick in the big waves.”

Overall Palk is very pleased with how the Australian sailors are performing and adjusting to the unpredictable nature of fleet racing.

“It was a long wait, but the guys stayed patient,” Palk said after their four-hour wait on the water. “They had to wait 18 months (for a return to international racing) so a few hours more wasn’t the end of the world, it was solid sailing from all of them.”

As the Laser men are a race behind schedule, they are planning for three races tomorrow morning.  The Radial fleet will follow with two races scheduled to round out the qualifying series.

According to Ainsworth similar weather conditions are expected tomorrow.

“So it should be some great racing.”

For the full results, see: https://eurilca.org/2021-senior-europeans-results/