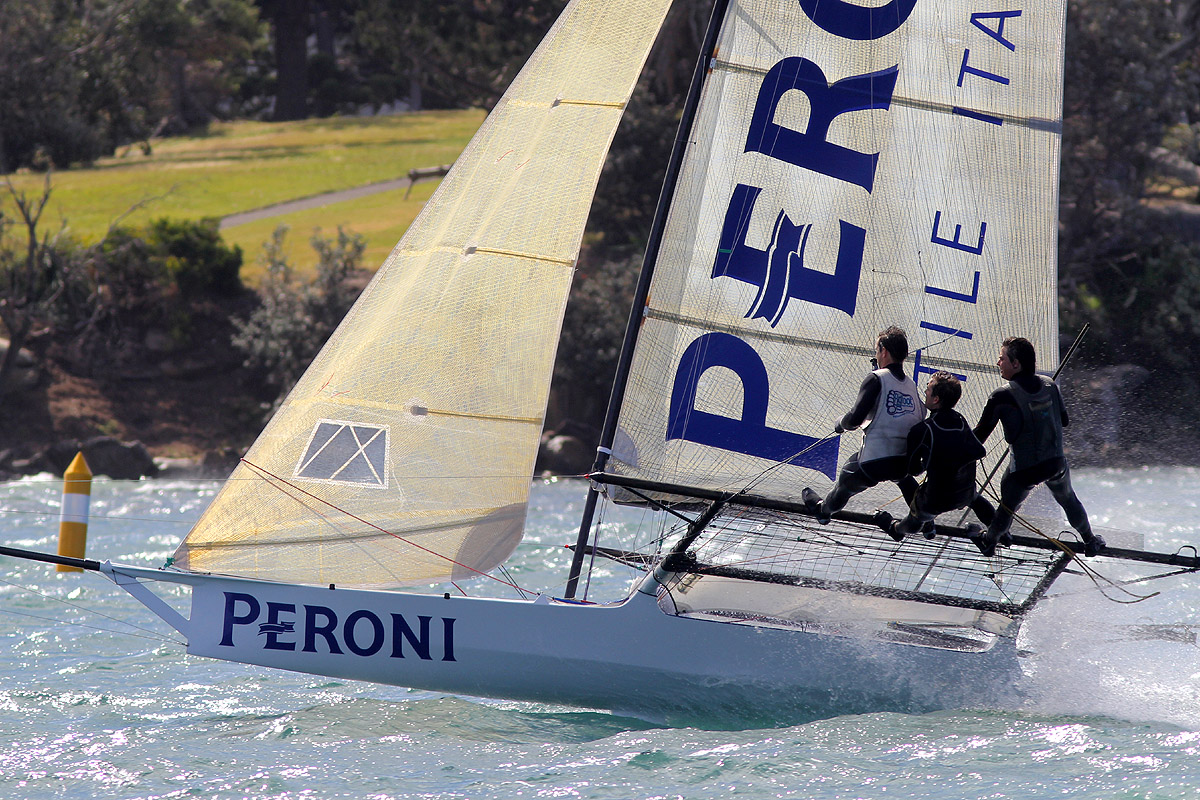 Peroni in control in the strong southerly. Photo Frank Quealey.

Strong Southerly winds, gusting to more than 30-knots, made 18ft Skiff officials think long and hard before making a decision on whether to conduct the Alf Beashel Memorial Trophy race on Sydney Harbour today.

Following the abandonment of last Sunday’s race, officials were keen for a start, and strict instructions were issued to avoid the skiffs being forced to wait around too long on the harbour prior to the race start.

Only one windward mark was set, and handicaps, to determine the trophy winner, would be adjusted at the club after the race.

A few of the newer teams decided that discretion was required and decided not to sail, while a couple of other teams were forced out with some gear problems during rigging.

John Winning and his team were the first to leave the rigging area but a gear breakage forced them back before the scheduled start.

Finally, with only two boats making it to the start line, the race got under way when Nick Daly’s Peroni crossed the line in Athol Bay, west of Bradleys Head.

The only other boat to make the start within the time limit was Pedro Vozone’s Haier Appliances, which started a few minutes behind Peroni.

When the wind eased back a few knots, Peroni’s team of Nick Daly, John Walton and Tom Clout had little trouble handling the conditions and gave spectators a close look at speed sailing under their big white kite.

Although Haier was unable to make up the time lost at the start, Pedro Vozone, Tim Westwood and Lorenzo Cerretelli managed to complete the course, which had been shortened by the race committee.

The Australian 18 Footers League will have its usual Spectator Ferry following the race, leaving Double Bay Wharf, alongside the clubhouse, at 2.15pm, to get all the action.