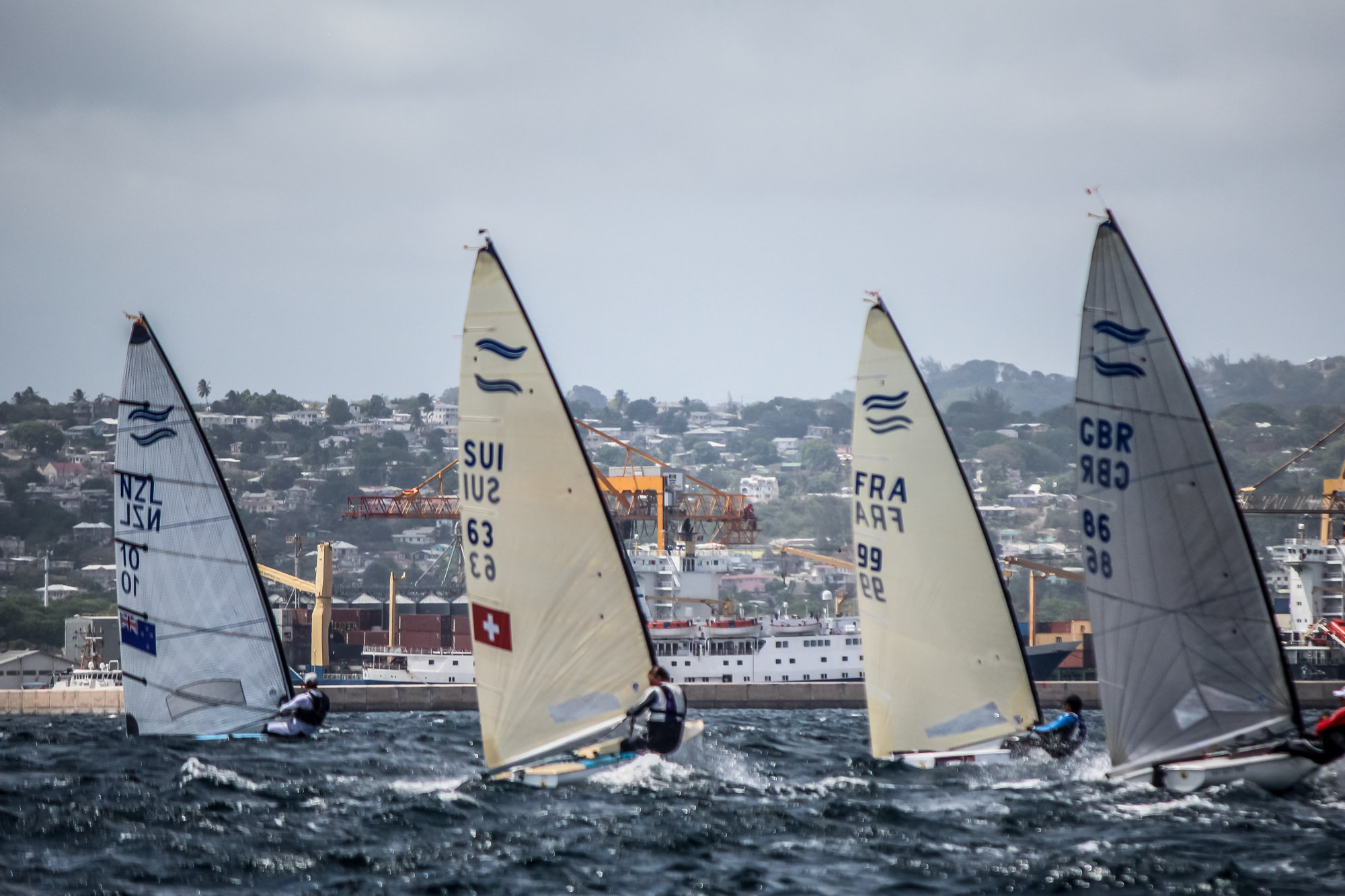 The defending Finn World Masters champion, Rafa Trujillo, from Spain, added two more bullets on the penultimate day of the Finn World Masters in Barbados and moves into a four point lead at the top. Laurent Hay, from France, also won both his races to move up from fifth to second, while Vladimir Krutskikh, from Russia, moves up one place to third.

The 140 boat fleet, for everyone except the top 10, will now sail one Final Race on Friday, before the Medal Race, which will be sailed just off the Barbados Yacht Club in Carlisle Bay.

Anyone dreaming of a relaxing Caribbean sojourn at these Finn Masters will have been sorely disappointed as the conditions on the water have been about as challenging and tough as any Finn World Masters in recent memory. The upside is that the sea is warm, the air is warm, the sailing is awesome and the beach side is simply fabulous. The racing this week has also been great and very competitive.

It was another tough day on the water with 18-22 knots, a short chop and again a huge swell crossing the course making the downwinds quite tricky to navigate.

Most of the big names were in the Yellow fleet today. Mike Maier, from Czech Republic, led round the top mark in the first race, but then started sailing downwind rather than heading for the outer loop and gave up valuable distance to Trujillo, who later took the lead and crossed the finish ahead of Krutskikh and Marc Allain des Beauvais of France. Maier slipped to fourth. In the second race Trujillo led throughout, this time winning from Krutskikh and Maier.

In Blue fleet Hay was just as dominant to produce a brilliant day on the water. In the first race he won from Uli Breuer, of Germany and Kristian Sjoberg, of Finland. More new faces appeared at the front in the second race with Karl Purdie of New Zealand and Paul Blowers of Britain, crossing second and third.

Ten boats will compete for the medals tomorrow. Eight have the possibility to win the Finn World Masters title, while all have a chance at winning a medal of some colour. All the medals in the Masters and Grand Masters categories will also be decided in the medal race. However, as the only Grand Grand Master in the Medal Race, Marc Allain des Beauvais, has already done enough to retain his Grand Grand Master title, while Henry Sprague, of the USA, has also built enough of a lead in the Legend category to reclaim the title he last won in 2015.

Rob Coutts, of USA and New Zealand, placed fourth in the first race of the day. He is very happy he decided to bring his Finn to Barbados.

“It has been very good, no question about it. It has been a tough competition and everyone sails in a Corinthian manner; it’s fantastic. The race committee and our own class officers have done an excellent job bringing it here. It’s all very good.”

Steve Hayles, from Britain, normally seen on much bigger boats, has only been sailing the Finn for a few years but considers it a very tough challenge.

“Racing the Finn is really tough, and not really my normal deal. I am lucky enough to sail on the TP52 circuit and the racing out here in Finns is a lot tougher. The water is a bit warmer, but it’s an amazing fleet, with amazing quality sailors, a tough boat, and tough but fantastic conditions.”

The Final Race on Friday is scheduled for the slightly earlier time of 11.30 with the Medal Race expected to start around 13.00. Then begins the job of packing 140 Finns into 18 containers to begin the long journey home.