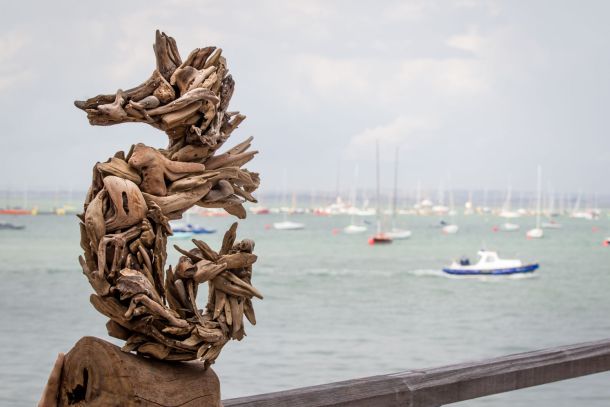 The Volvo Round Island Race started in 10 to 11 knots of southerly wind and a fair tide. The first fleet away were the 55 monohulls consisting of a vast mixture of boats and crews. From one of the fastest offshore race boats in the world, George David’s Juan K designed Rambler 88 to Darryl Hughes’s Shepherd 43’ Classic, Maybird.

With the tide underneath the fleet at the start and the Committee vessel LE Aisling, at the port end of the line it was always going to get congested towards the committee boat end. It proved too much for a number of boats including Ian Hickey’s Cavatina, previous Round Ireland Race winners, who were pushed over by the on rushing fleet. Happily the 3 boats who were over the line early returned and can now concentrate on the 704nm course.

The 8 multihulls followed 10 minutes later, the first time they have been included in the race. Simon Baker’s Hissy Fit and Bruce Sutherland’s Bare Necessities were too keen to get into their first race around Ireland and were called back. Lloyd Thornberg’s Phaedo3 was first away but the lead has already changed hands a couple of times with Tony Lawson’s Concise 10, skippered by Ned Collier-Wakefield leading by the time they had reached Wicklow Head. The battle between the 3 MOD 70s, which includes Musandam-Oman Sail, skippered by Sidney Gavigney will be intriguing and includes the possibility, if the right conditions prevail of a Round Ireland course record.

The forecast for this afternoon is for the wind to drop away as the boats work their way towards Tuskar Rock before the wind is the due to fill in from the South and offer the possibilities of a fast trip around the bottom of Ireland and a sleigh ride along the west coast for the fastest boats of the fleet.