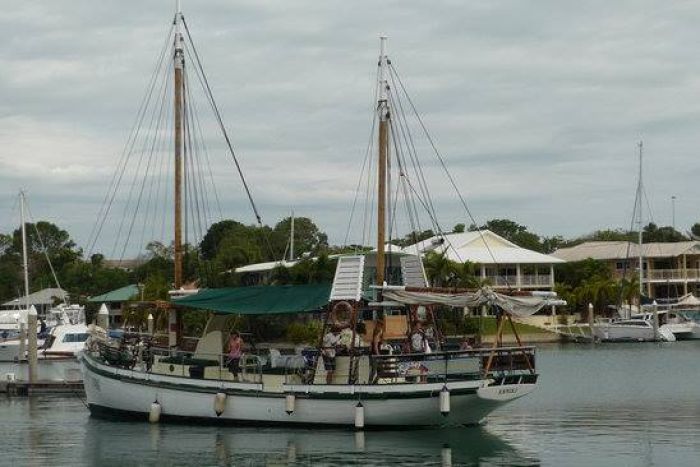 The Anniki was a pearling lugger before it became a tourist vessel. (Suppled: TripAdvisor)

An old pearling lugger that featured in the movie Australia has sunk overnight in Darwin.

Duty Superintendent Brendan Muldoon said the boat, Anniki, was moored at the Duck Pond in Frances Bay when it sank.

“At about one o'clock last night it was reported to us that there was a caretaker sleeping on the bow of the vessel and he woke up with water around his ankles so he's called us, but by the time we got there, the vessel was already on the bottom,” Superintendent Muldoon said.

However he believed the boat could be saved.