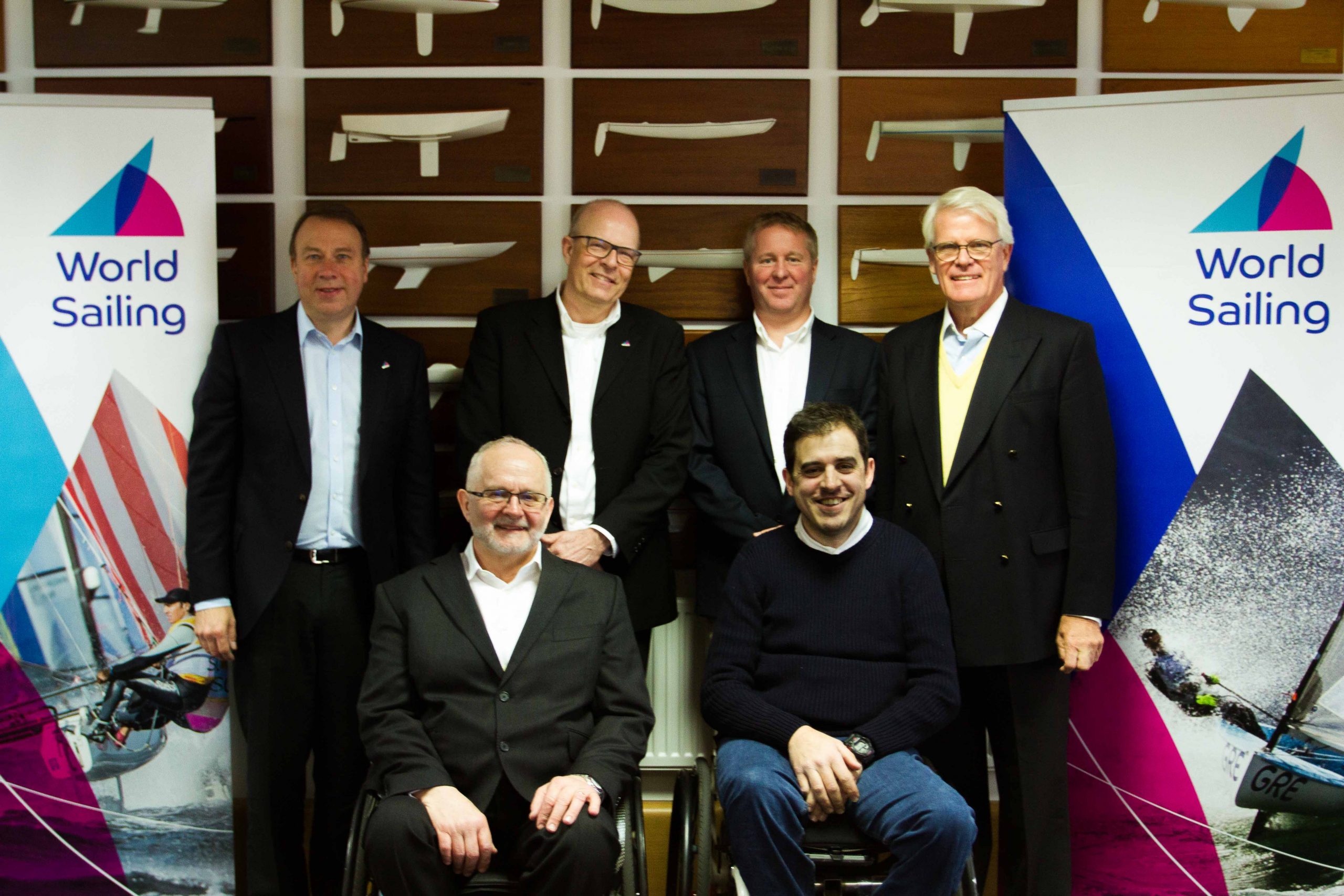 World Sailing presented an organisational update before a review of the Rio 2016 Paralympic Games. Eighty athletes from 23 nations competed across three events at Rio 2016 and after some tense final races, played out in front of an iconic backdrop the sailing competition was viewed as a great success.

The Strategic Plan outlines the goals and tactics the world governing body will adopt until 2020 as the sport seeks re-introduction into the Paralympic Sports Programme for 2024.

A full update on the active measures that World Sailing has been undertaking since the release of the plan as well as the latest insights into the worldwide reach of the sport were presented. In order to continue the development of the sport, World Sailing is actively pursuing a plan to run the 2020 Para World Sailing Championships in Japan, the host for the next edition of the Paralympic Games, a move received positively by the IPC President.

On the visit of Sir Philip Craven, World Sailing President Kim Andersen commented, “Para World Sailing is an integral part of our sport and I believe we conveyed both our desire and clear plans for reinstatement to the Paralympic Games in 2024.

“There were encouraging signs from Sir Philip Craven with regards to the level of seriousness that we are treating this issue with and that our actions speak far louder than just plans. We showed that the whole of World Sailing is standing behind this program, not only the Board of Directors but the entire staff and of course all of our member national federations (MNA's) who equally support reinstatement.

“We received positive feedback that we are heading in the right direction and addressing everything that we need to, which was very encouraging.”

Sailing was removed from the Tokyo 2020 Paralympic Games Sports Programme in January 2015. The Para World Sailing Strategic Plan released at the end of 2016 identified four main goals to ensure World Sailing presents a strong bid to the International Paralympic Committee for re-introduction into the 2024 Paralympic Games and future editions in the Spring of 2018:

The next PDP clinic will be held in Gydnia, Poland in July just prior to the European Championships, with another in Marseille, France scheduled for October which will also welcome sailors from North Africa.

The 2017 Para World Sailing Championships, to be held in Kiel, Germany from 19-26 June will present World Sailing with an opportunity to test boats for the different disciplines as well as making any adjustments to the classification systems to refine the proposal for Paralympic sailing.