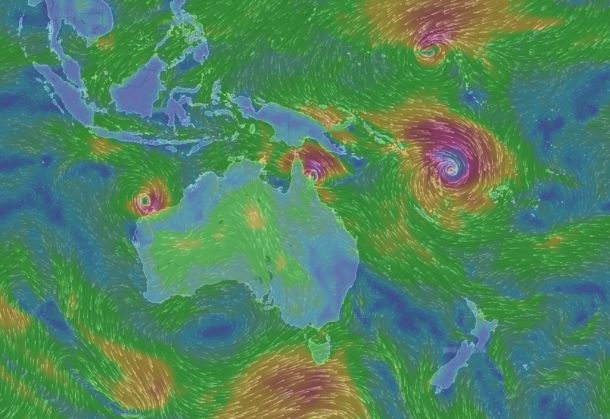 AUCKLAND, New Zealand, March 12 – This weekend’s Volvo Ocean Race Leg 5 start, from Auckland, New Zealand to Itajaí, Brazil, has been delayed due to the development of a potential supercyclone.

The six-strong fleet was originally set to depart for the 6,776 nautical-mile voyage through the treacherous waters of the Southern Ocean on Sunday March 15. But with forecasts suggesting that a grade five tropical cyclone could hit the area hard, Race organisers have taken the prudent step of delaying their exit by at least 24 hours. As a result, the earliest possible restart would take place on Monday March 16 at 1400 local NZ time, although this is yet to be confirmed.

“Safety first,” said Volvo Ocean Race CEO Knut Frostad today. “We’re making this decision now because we don’t know the exact track of this tropical cyclone yet. It’s unusually big and essentially it’s blocking the road for our sailors, so it’s prudent seamanship from our side to leave them with options.”

The current forecasts suggest that the tropical cyclone, which has already racked up winds of 200km/hr and has been named ‘Pam’ by experts, could strengthen further as it heads south. And even if the system misses New Zealand, big swells and rough seas could still cause real problems for the fleet.

“Our biggest concern is the sea state, rather than the wind,” continued Frostad. “The boats can handle a lot of wind, but there will be very big waves along the New Zealand coast, with nowhere to hide. We are not going to have the boats leaving Auckland before 1400 local time on Monday, but it could also be later. It depends completely on the movement of this tropical cyclone.”

The New Zealand Herald In-Port Race Auckland, which begins at 1400 local time on Saturday 14 March, will still go ahead as planned. Current forecasts predict perfect sailing conditions of 20kts of easterly breeze and warm sunshine to ensure that Saturday’s sprint around the bay will be a spectacular event.

Grant Calder, General Manager of the Auckland stopover, said: ”Saturday promises to be a great day out, both on the water and in Auckland’s viaduct. The boats will be racing, and the Race Village will continue to offer a wide-range of free activities for everyone who wants to enjoy the last weekend of the 2014-15 Volvo Ocean Race Auckland stopover. We have some fantastic live entertainment lined up, including the Black Seeds on Saturday evening.”

Despite the delay, a full departure ceremony including a mayoral handover and sailor’s parade will go ahead as planned on Sunday.

Race organisers are tracking the cyclone’s development and a revised event schedule for Sunday, including confirmation of whether any sailing will take place, will be issued as the situation develops.