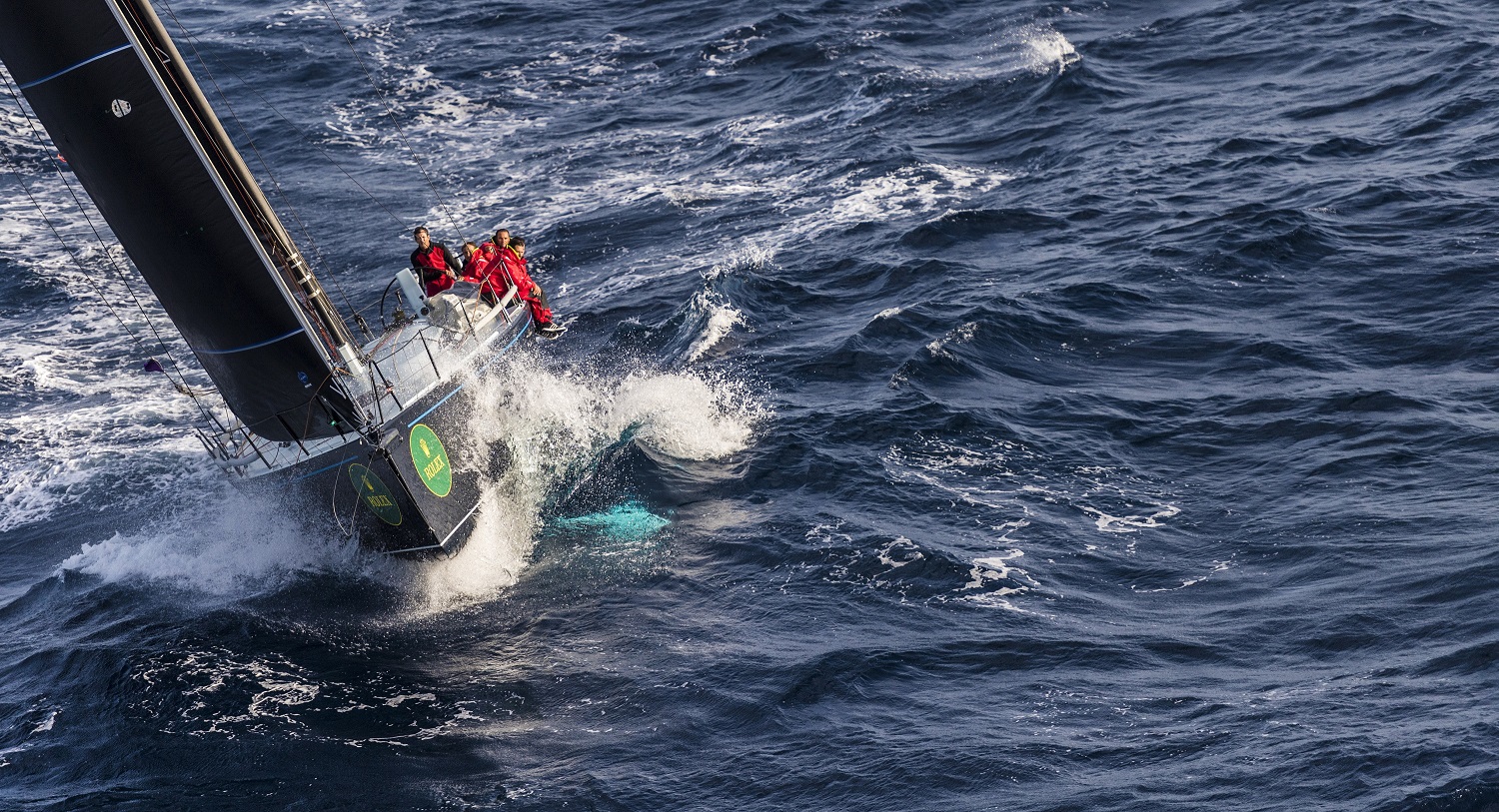 From 1993, the Italian shipping magnate has branded his team and boats ‘Mascalzone Latino’, a name recognised in sailing circles worldwide, particularly through 2003 and 2007 America’s Cup challenges.

With an enduring crew, Onorato has won six world titles and European championships across the Mumm 30, Farr 40 (three Worlds wins) and Melges 32 classes, coupled with victories at major regattas.

The Italian’s maiden Sydney Hobart will be aboard Mascalzone Latino, the Cookson 50 he won the 2016 Rolex Middle Sea Race and 2017 and ORC World Championship Class A with. If successful, October’s Volvo Hong Kong to Vietnam Race will make it a hat trick.

Karl Kwok, owner of the Botin 80 Beau Geste, says he would not miss the 73rd Rolex Sydney Hobart “for anything. It will be 20 years since I won the 1997 race (with Beau Geste, a new Farr 47), so I will be there,” the Hong Kong retail giant confirmed.

Scallywag, the former Ragamuffin purchased by Hong Kong’s Seng Huang Lee last year, is the first super maxi to sign up. This despite Lee and his skipper, David Wit, currently being tied up with Lee’s 2017-2018 Volvo Ocean Race entry, inclusive of competing in the Rolex Fastnet Race this week.

Witt said just before leaving Cowes: “We couldn’t miss the Hobart. SH (Lee) has done a lot of modifications to the 100-footer such is his passion for the race. Actually, it’s becoming an obsession like mine.”

Triple Lindy will ring a bell from last year’s race. Named tongue-in-cheek for Rodney Dangerfield's famous dive in the movie ‘Back to School’ by her owner, Joseph Mele, the American returns for his second tilt at the Tattersall’s Cup with his latest acquisition, a Cookson 50 previously named Akatea.

Her former Kiwi owner sailed her to 38th overall in the 2012 Sydney Hobart. Now she is receiving a new bowsprit, mast, rigging and sails in New Zealand, as Mele competes in the Fastnet Race aboard the Swan Mk11 he raced to 27th overall in their first Rolex Sydney Hobart last year. Next stop for the pair is the Rolex Middle Sea Race in October.

Christopher Sheehan and Warrior Won, an Xp 44, are newcomers, but her all-American crew are seasoned ocean racers who won the 2016 Newport to Bermuda race St. David’s Lighthouse Division from 110 entries.

“It was an extraordinary feeling to be the third boat to finish behind Comanche (she broke the race record) and High Noon,” said Sheehan who has other major runs on the board.

“Growing up in the north-east of the US, one is exposed to numerous classic ocean races every summer through the media and yacht club chatter,” the American said of the 628 nautical mile Rolex Sydney Hobart.

“I have long admired Australian sailors. At 25 I spent 14 months of solo global travel in Australia in 1990. I fell in love with the country and knew I wanted to return some day to partake in the historic, beautiful Sydney Hobart.”

Decorated French sailor Lionel Pean returns for his fifth Sydney Hobart, last here for the 50th with Kyote French Line when they placed second in Division. This time he brings the VOR70 named SFS, a sistership to last year’s overall winner Giacomo. Ark323, a TP52 owned by Ting Lee and from Noah’s Sailing Club in China, returns for her third race.

Online entry and Notice of Race in English and Mandarin are available online at:  http://rolexsydneyhobart.com/competitors/notice-of-race-entry