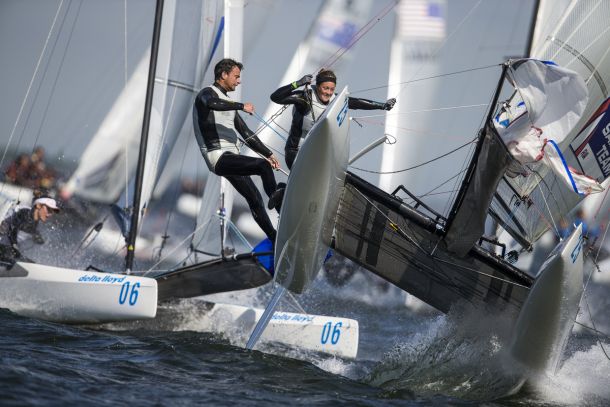 The 31st edition of the Delta Lloyd Regatta is very popular in the sailingworld. Over 700 boats will be in Medemblik on the water from 26th to 30th May. Competitors from 74 different nationalities travelled to the Dutch town to compete the next five days in the ten Olympic and three Paralympic classes.

“The large number of competitors means that the Delta Lloyd Regatta is a big and good event in the sailing community. Apparently the need for such an international sailing event is there,” chairman Arjen Rahusen of the Organising Committee told us at the press conference in Medemblik a day before the start of the races. “This edition is one of the biggest we’ve organised in the last ten years.’’