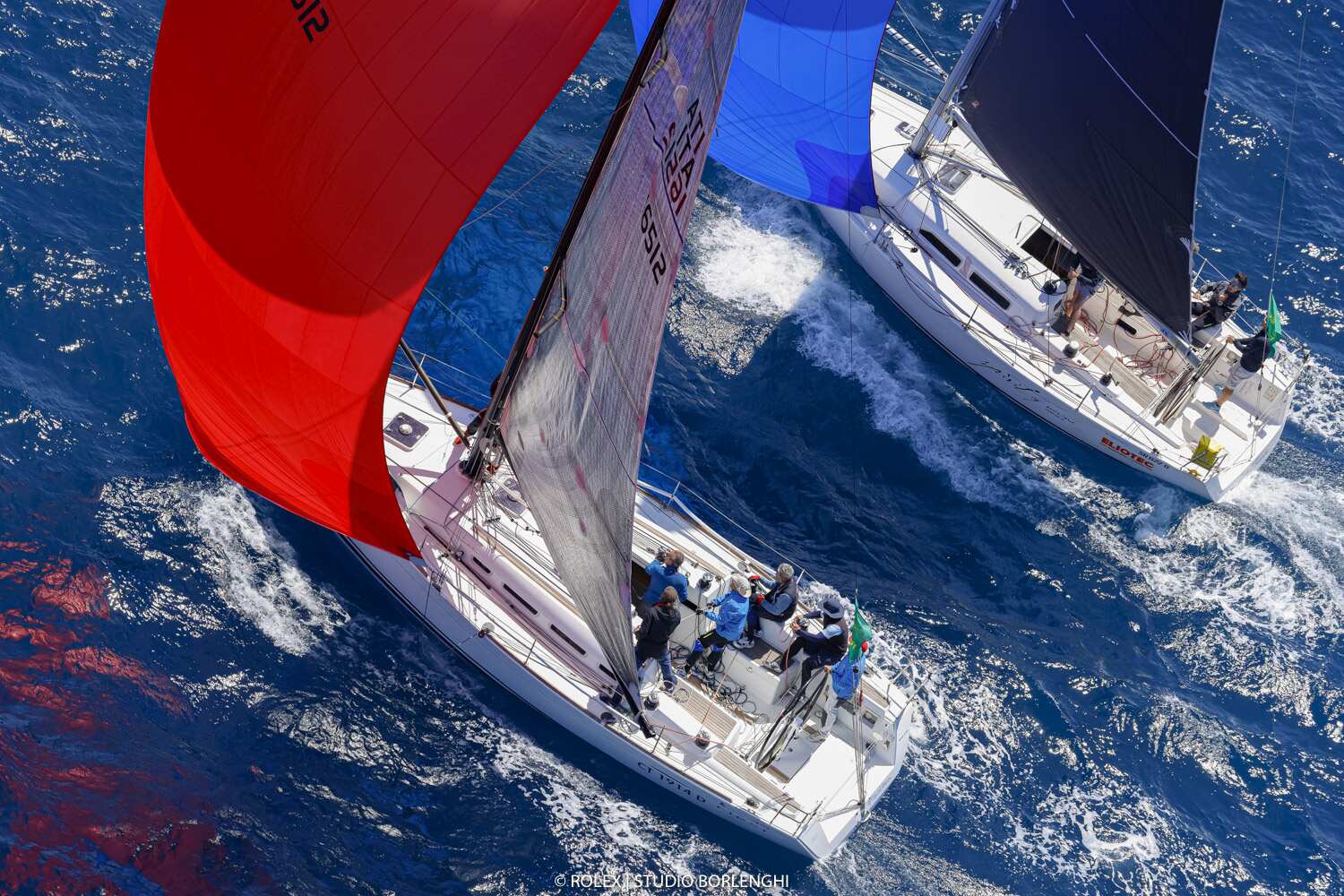 Day 2 and the competition was rife - Studio Borlenghi pic

This morning the fleet of 62 boats competing in the ORC European Championship took to the race course located 4 miles off Capri’s Marina Grande. Conditions were somewhat more stable than yesterday, with about 10 to 12 knots of breeze from 180 degrees for the first race of the day.

At 11:40 a.m. the Race Committee sounded the starting signal for the smallest boats in Group C, at 11.55 for Class A and at 12 midday for Class B. All three groups were set courses around the cans. For the second race the committee waited for an expected wind shift, which materialized at around 2pm, with the breeze now coming in from 230° and falling below 10 knots.

The three groups were then able to get off the starting line for the second race of the day between 2:46 p.m. and 3:06 p.m., with a course adjustment on the last windward leg due to a further shift of about 15 degrees in the breeze.

Like yesterday, today was a long day on the water for the crews as the Race Committee seemed determined to bank 3 more races, commencing the third starting sequence at 5:26 p.m. with a breeze from 290° blowing at 6 to 8 knots. This attempt was eventually abandoned due to constant wind shifts, and at 5:33 p.m. the fleet was sent back to the docks for the day.

After 5 races, the overall ranking is as follows:

Tomorrow brings the final day of racing and the assignment of the title of ORC European Champion 2021 during the prize-giving ceremony at 4 p.m.