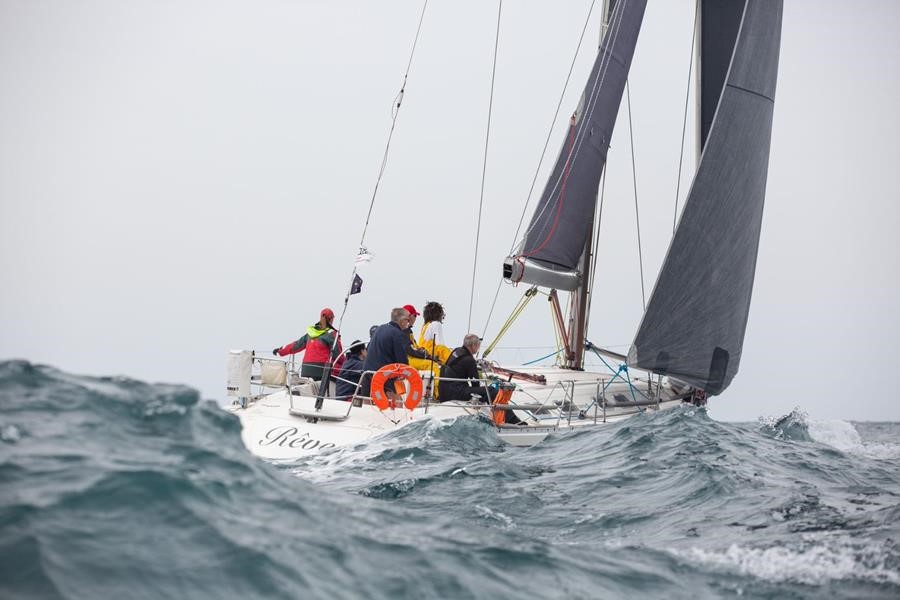 The Noakes Sydney Gold Coast Yacht Race has reached a milestone, with the 50th entrant – Kevin Whelan and his Beneteau 45F5 Reve – representing the host club in the annual race from Sydney Harbour to Gold Coast.

The Cruising Yacht Club of Australia’s longstanding 384 nautical mile race is the Club’s first major coastal event since the 2019 Rolex Sydney Hobart Yacht Race and interest is strong, with 55 boats having already joined the fleet.

His is a heavy ocean-going Beneteau that is made to go upwind.

“A broad reach would be wonderful and comfortable, otherwise 25 knots on the nose suits us perfectly, and sorts the others out for handicap,” Whelan said.

“We’ve got a bit of history and form in the Sydney Gold Coast race. Though it’s got ‘Gold Coast’ in the title, it’s very cold, at least for the first 24 hours, but we really enjoy it.”

Reve will carry 10 crew, close to half of them women.

“We don’t choose the crew by quota, it’s just our philosophy,” Whelan said. “Everyone’s selected on ability and the comment ‘you winch like a girl’ is considered a compliment.

“Our female crew are very athletic and driven, and having the balance keeps the testosterone down.”

Due to the absence of the super maxis, the Oatley family’s RP66 Wild Oats X will challenge Moneypenny for line honours.

Like many in the racing scene, skipper Mark Richards and the core Oats crew are keen for an offshore blast after what will be 17 months of limited competition, due to the pandemic.

CYCA Commodore, Noel Cornish, said: “After its unfortunate cancellation last year, the Cruising Yacht Club of Australia was delighted to open entries for the 2021 Noakes Sydney Gold Coast Yacht Race, one of the most significant offshore challenges in Australia.

“The annual Category 2 race has a long and proud history and always attracts a great fleet. The Club is excited to see over 50 crews already entered and expects many more NSW and interstate entries in the coming months.”

The CYCA enjoys the support of Southport Yacht Club (SYC) and the Gold Coast’s premier sports club looks forward to welcoming the 2021 fleet.

SYC General Manager, Brett James, said: “After last year was cancelled due to COVID-19, the excitement around the Club is electric.

“All the Members, staff and community look forward to seeing all the yachts on the Gold Coast, and we are getting ready for a big party.”

“It’s a fantastic event and was certainly missed in 2020. With 55 entrants so far, it’s beyond doubt shaping up to be a fantastic race.”