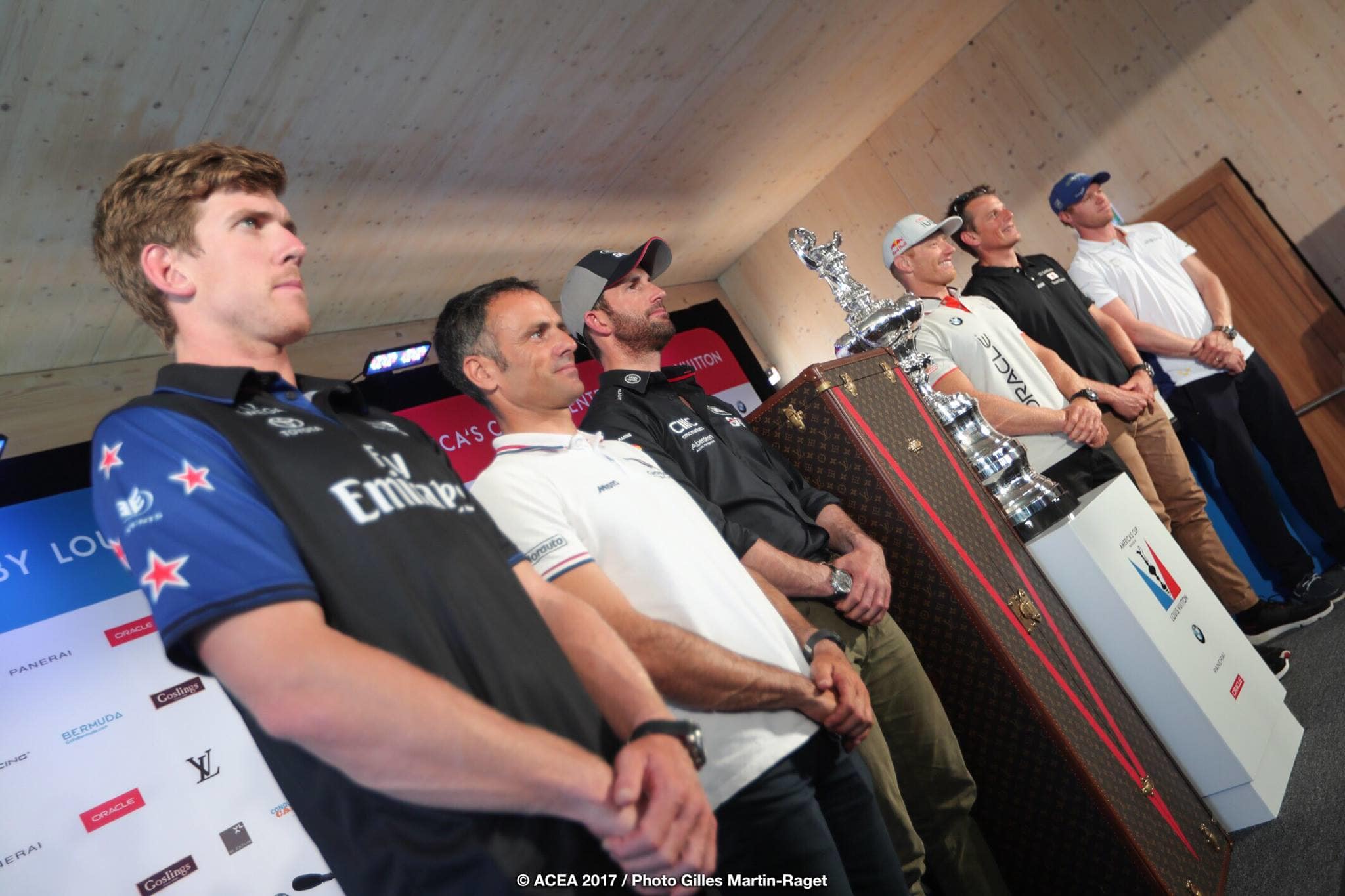 In the Louis Vuitton qualifier series for the 35th America’s Cup we expect the usual wealth beyond all measure on show in Bermuda in terms of team and TV budgets and infrastructure, against the backdrop of the spectating superyacht flotilla. Based on the last two decades of Cup history, I guess we should have anticipated another all-out bloke-fest.

“When it comes to sport, the America's Cup is at the pinnacle for new technology, but it remains in the dark ages when it comes to gender equality,” says Radio NZ’s Sally Murphy in the opening paragraph of her piece titled ‘America’s Cup: Where are all the women?’.

Katie Pellew, sister of the America’s Cup Defender skipper James Spithill, who is on the ground in Bermuda posted to her social media on May 31: “Where are all the women??? In the AC Village over the last few days I have seen many friends who are female sailors and fellow female competitors. They are all Olympians, match racing champions and world champions, yet every single one is in a hospitality/PR/officiating role here during the Cup.”

The last time women played an active team role on an America’s Cup boat was back in the mid-1990s. That was more than 20 years ago and the subsequent two decades read like the Bermuda Triangle in terms of women and the Cup.

Now the story continues as we watch the qualifiers for the 35th edition rollout in a class of boat that has precluded women from gaining on board roles, due to the power-to-weight ratio the ACC foiling catamarans demand. If women are sidelined because they lack the necessary strength then obviously the design suits only half the crew pool, irrespective of talent and experience.

Much more aware thanks to recent articles by Murphy and two-time Olympic champion Shirley Robertson on the subject of why women aren’t competing at the highest levels of the sport, in particular the AC, I watch the live telecast at sparrows each morning hoping that at some point the commentary team will throw to a female designer, umpire, engineer or sailmaker; in fact any technical expert or decision-maker. But I’m disappointed.

The qualifying series is commentated by a two-man team in studio with regular throws to their “man on the water” for his expert opinion. From the HF radio talk going on in the background it seems the race officials and umpires are men, and of the six Cup teams all are crewed by men.

Looking at the America’s Cup Event Authority and America’s Cup Race Management list of names, one of the 12 management positions is occupied by a woman. Emirates Team New Zealand told Murphy that five of their 91-strong team (5.5%) are women and reviewing each team’s full list of personnel I see a similar ratio with men dominating management, design, engineering and boat building roles.

Across the six teams there is a small group of women working at board level and in the area of performance and design. So far I haven’t observed the Cup taking the opportunity to even marginally rebalance the gender disparity by adding these women’s professional insight and opinions to the media mix.

If women don’t have the physical strength for the current AC class then I’d at least expect to see them at the Cup in leadership role or technical capacity, not only in hospitality, marketing and in the AC’s VIP areas wearing white and waving champagne glasses.

The coverage and the competition are technically and visually brilliant and I’m hooked for the next four weeks as the once every four years America’s Cup spectacle unfolds.

For female sailors, umpires, marine architects, designers, mechanical engineers and coaches however, I can’t help feeling that’s little to aspire to given the Cup’s choice of boat for the current and previous two cycles, each team plus the overarching management’s obvious underrepresentation of women and the TV presentation we’ve seen so far.

As a professional sailing journalist of 20 years I’m always looking for ways to find connections between a sport which is inaccessible to most, and the wider world. Demonstrating where possible that sailing is in touch with community values, is multicultural, healthy, egalitarian (that’s a hard one), gender aware (also tough) and environmentally responsible.
It’s early days in the greatest show on water, but for the average viewer it looks like one big expensive bloke-fest.