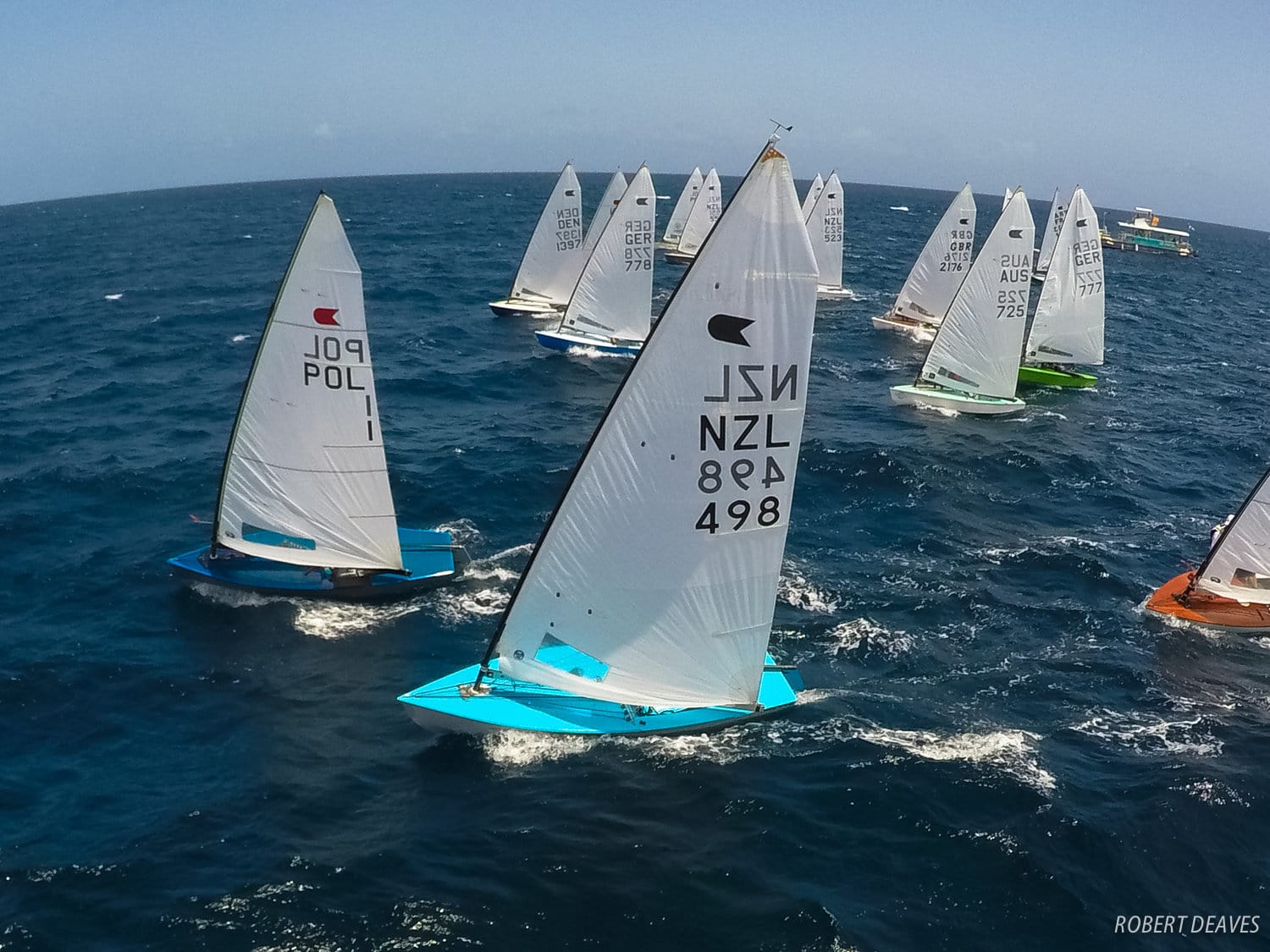 Barbados conditions seems to suit Britain’s Nick Craig as he notched up two more race wins on the penultimate day of the 2017 OK Dinghy World Championship. He has now won six of the eight races sailed and leads the fleet by 13 points with just two races to sail and any place inside the top 12 on Wednesday will give him a record breaking fifth OK Dinghy World title.

Another former, and double, world champion, Jim Hunt, also from Britain, is in clear second place after picking up a fifth and a second on Tuesday. He sits 18 points clear of third placed Luke O’Connell, from New Zealand.

New Zealand has the largest number of sailors inside the top ten with five sailors capable of picking up a medal on Wednesday. They came to Barbados with high hopes of success.

Great conditions on the fourth day of racing in Barbados welcomed the fleet of 79 sailors to Carlisle Bay. The wind was more northerly with 15-20 knots of offshore wind. The first start was abandoned after a huge wind shift, and then after a general recall Race 7 started under black flag. Favouring the left once again, Craig led the fleet into the top mark from New Zealand’s Mark Perrow and Denmark’s Henrik Kofoed-Larsen. Craig extended for another huge win while Perrow clung onto second and Luke O’Connell, also from New Zealand, took third.

The second race of the day started with a long delay while the course was reset but a 40-degree shift out of the start meant that some sailors could lay the mark in one tack. New Zealand’s Steve McDowell judged it perfectly from Germany’s Sonke Behrens tacking near the boat end to lift up to the mark while those on the left sailed more distance.

Hunt and Craig were not far behind and soon were up to first and second. The windward mark was reset for the fishy second beat, causing the fleet to sail almost into the fishing harbour before tacking. On the last beat Jim Hunt was heard ordering a rum punch on the beach before pointing towards the finish line, but Craig had it under control for his sixth win of the week. Roger Blasse, from Australia, in third, punched out right to try and get some leverage but just lost ground.

Even though he won the famous Tiki for the top Kiwi boat McDowell, who finished fourth in Race 8, remains in fifth overall, just seven points from a medal. He said, “It was a pretty nice day out there. A few big shifts but the course was a bit clearer. It was rum punch sailing.”

Left has been the favourite direction most of the week, but in Race 8, Behrens went right, even though he was really going left. “It was a nice race. Steve McDowell and I were very lucky to get the right direction to the first mark. We fortunately got a big gap on the reaches. It was nice racing”

Each upwind has been characterised by pressure from the land that lifts those on port into the top mark. Often it has been a case of overstanding the top mark to get into the bigger pressure and then using that pressure to free off, faster, into the top mark. Either way Craig has it down to a tee and is putting on a master class of sailing in challenging conditions for the fleet.

Four OK Dinghy world title have been won by just three sailors: Leith Armit of New Zealand, Bo-Staffan Andersson of Sweden and Craig. A fifth world title for Craig would rewrite the record books. It would take a significant upset to deny Craig his fifth world title in his favourite class.