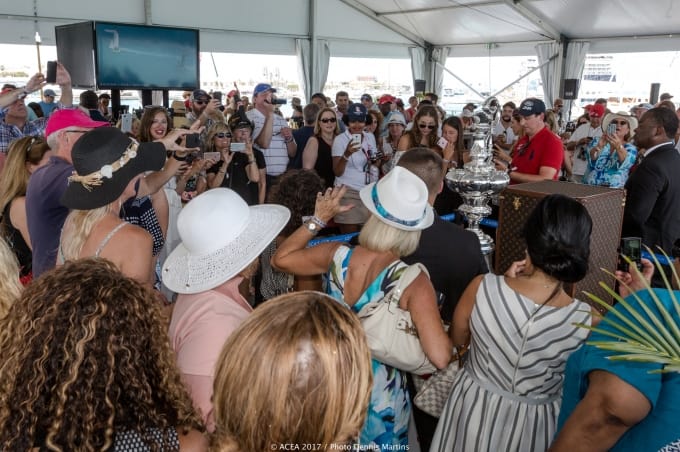 Mother Nature has proved that she is the only force that can beat the collective might of the America’s Cup teams.

An announcement today by the America’s Cup Event Authority (ACEA) and America’s Cup Race Management (ACRM) confirmed that the four scheduled Round Robin 2 Louis Vuitton America’s Cup Qualifiers races planned for Wednesday, May 31st, have had to be postponed until Thursday, June 1st, due to winds below the minimum six knot limit America’s Cup Class (ACC) boats can compete in.

Speaking about the decision, Iain Murray, America’s Cup Race Management Regatta Director, said, “It is obviously not ideal that we have to postpone races, but that is precisely why we have spare race days in the schedule.

“Mother Nature is fickle, it is as simple as that, and since time immemorial sailors have had to contend with light and strong winds.

“After four fabulous days of perfect conditions, today was our turn to deal with the light winds, I am, though, confident we will be back racing tomorrow.”

On the Main Stage the acts that performed on Ladies Day included Gita Blakeney, Cindy Smith and Liv Mislu backed by One SOULution Band. Away from the Main Stage there was plenty of champagne and wine flowing, exclusive cocktail promotions and a fashion showcase.

In addition, Exhale Spa from the Hamilton Princess provided complimentary mini manicures and massage therapies throughout the day, so guests enjoyed being pampered.

The America’s Cup itself made a surprise appearance in the Grandstand, the Longtail Lounge and the Gosling’s Dark ‘n Stormy Island Bar to the delight of many, whilst six lucky winners enjoyed an Insetta chase boat ride around the Great Sound.