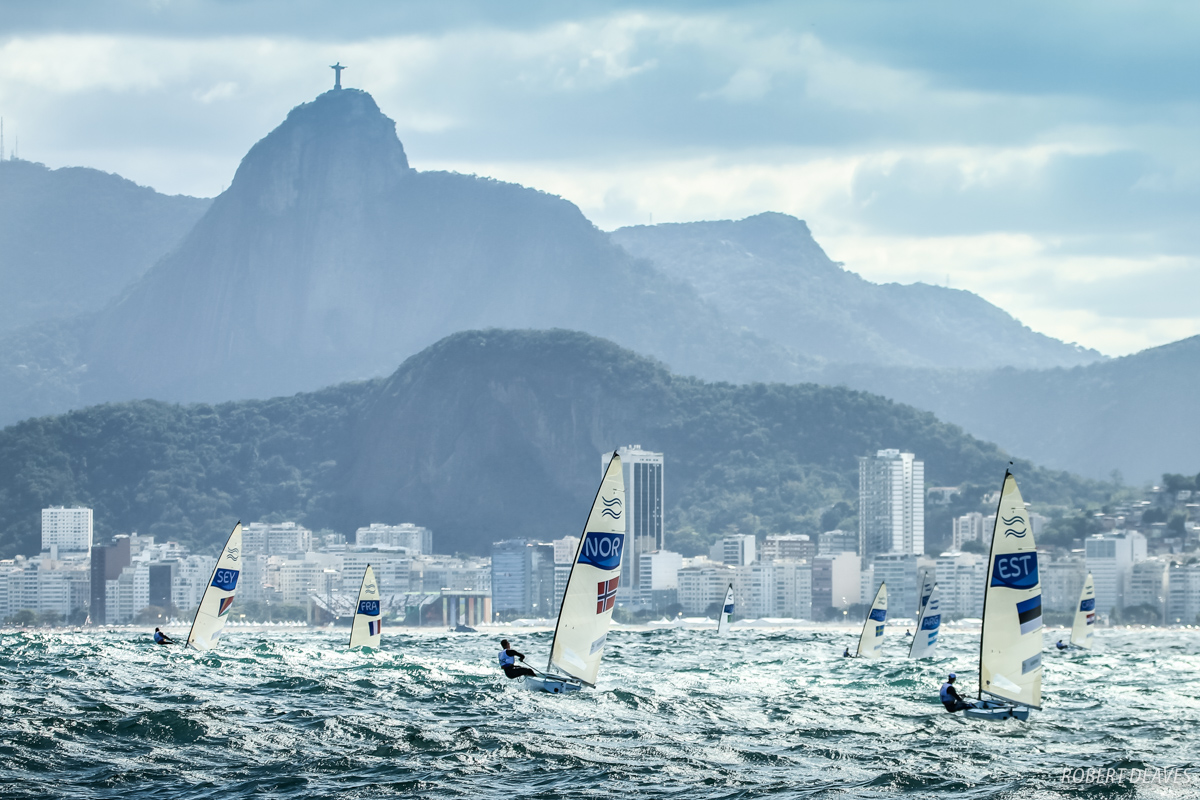 There has been one question on the lips of the many thousands of Finn fans around the world since the Rio Olympics – ‘Where can we see footage of the incredible Finn racing on the courses outside the bay?’ Everyone had heard about it, and it was becoming the stuff of legend before the athletes had even hit the shore. There were photos to show it had taken place, and lots of wild stories, but very few had seen any footage of sailing’s gladiators taking on Rio’s extreme conditions.

Well, one year to the day since the Finns started their first races in Rio under the Sugarloaf, the answer is the Olympic Channel. Thanks to the efforts of World Sailing, the Olympic Channel has now published highlights of almost all the Finn races in Rio including the much talked about offshore races that everyone has been clamouring to watch.

On the second day of racing in Rio, the Finn fleet was sent out to the Niteroi course area. Conditions were benign inside the bay, as the millions of TV viewers will testify, but outside on the ocean it was a very different story. The mountainous backdrop of Rio and Niteroi was matched by mountainous seas, 20-25 knot winds and torrential rain, for an unforgettable day of extremely challenging sailing conditions.

It got even tougher on the third day. The Finns were supposed to race inside Guanabara Bay, but the extreme conditions outside had made it unsafe for the scheduled classes, so the Finns were sent out again to battle through huge seas and big winds on the Copacabana course area. But at least the sun was out to showcase some of the best Olympic sailing ever seen, set against the magnificent Rio shoreline with the towering Corcovado belittling everything below.

These two days of racing were two of the most memorable days of Finn sailing in Olympic history and encapsulated what makes the Finn so great to watch in extreme conditions – supreme athletes at the top of their game, displaying absolute fitness and superb control of a thoroughbred design that can handle with ease anything that nature throws its way.

One year on from the Rio 2016 Olympic Games, ten highlights videos are now available through the Olympic Channel.

You can view all them through the links here.