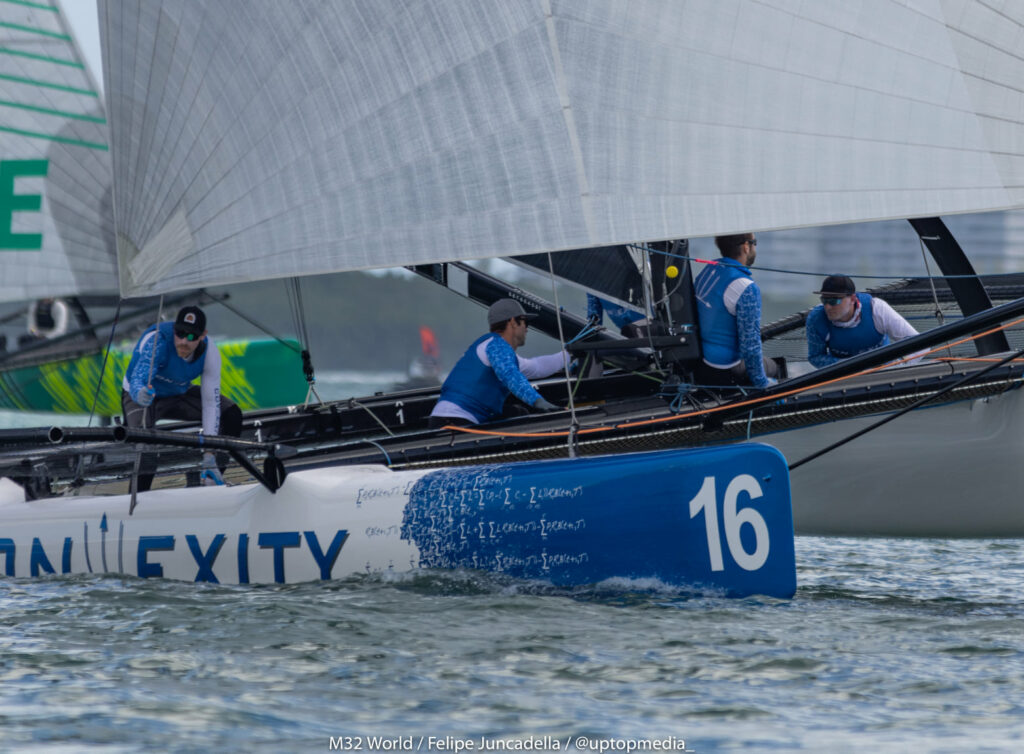 Convexity won by one point in Miami. Pic - m32world/Felipe Juncadella 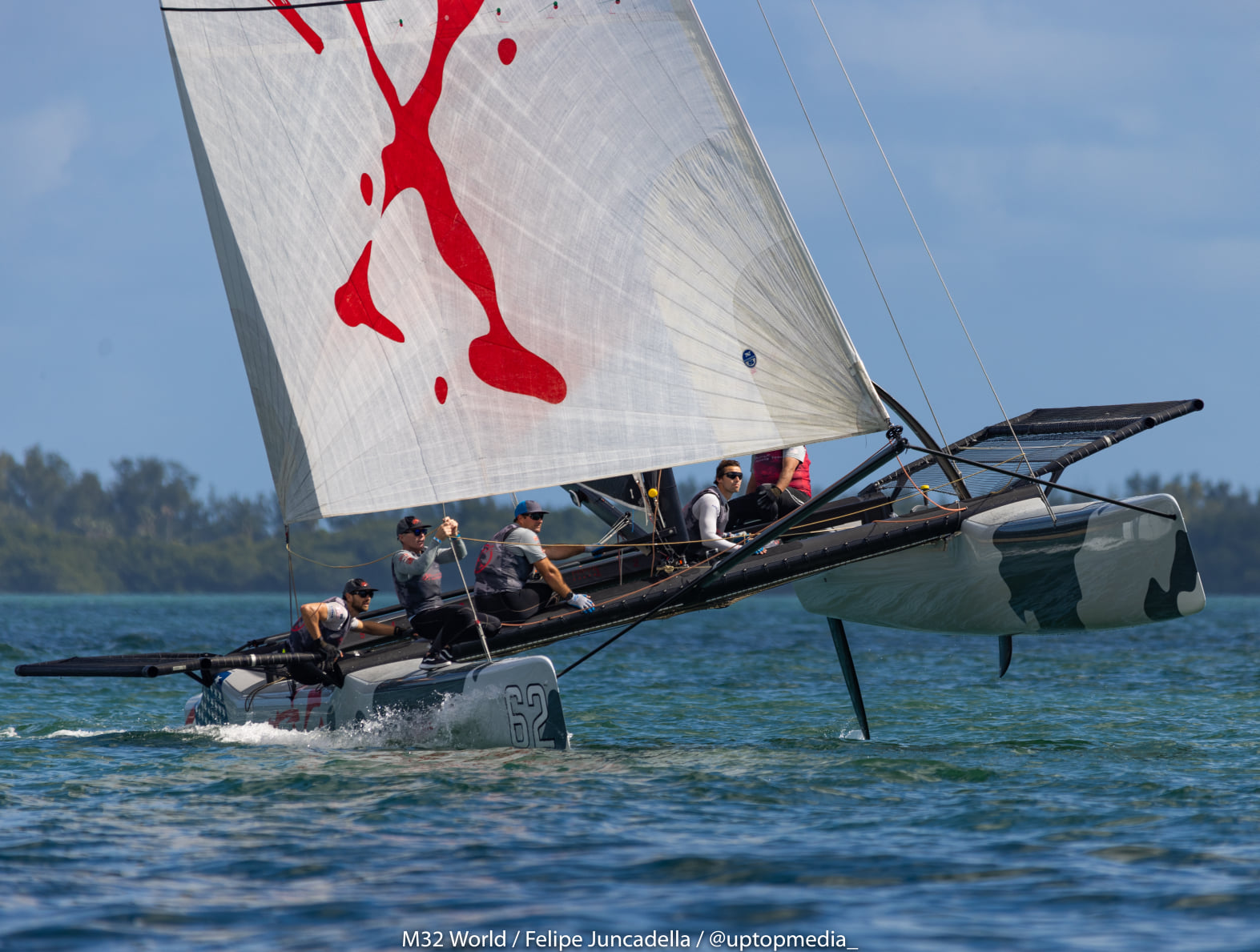 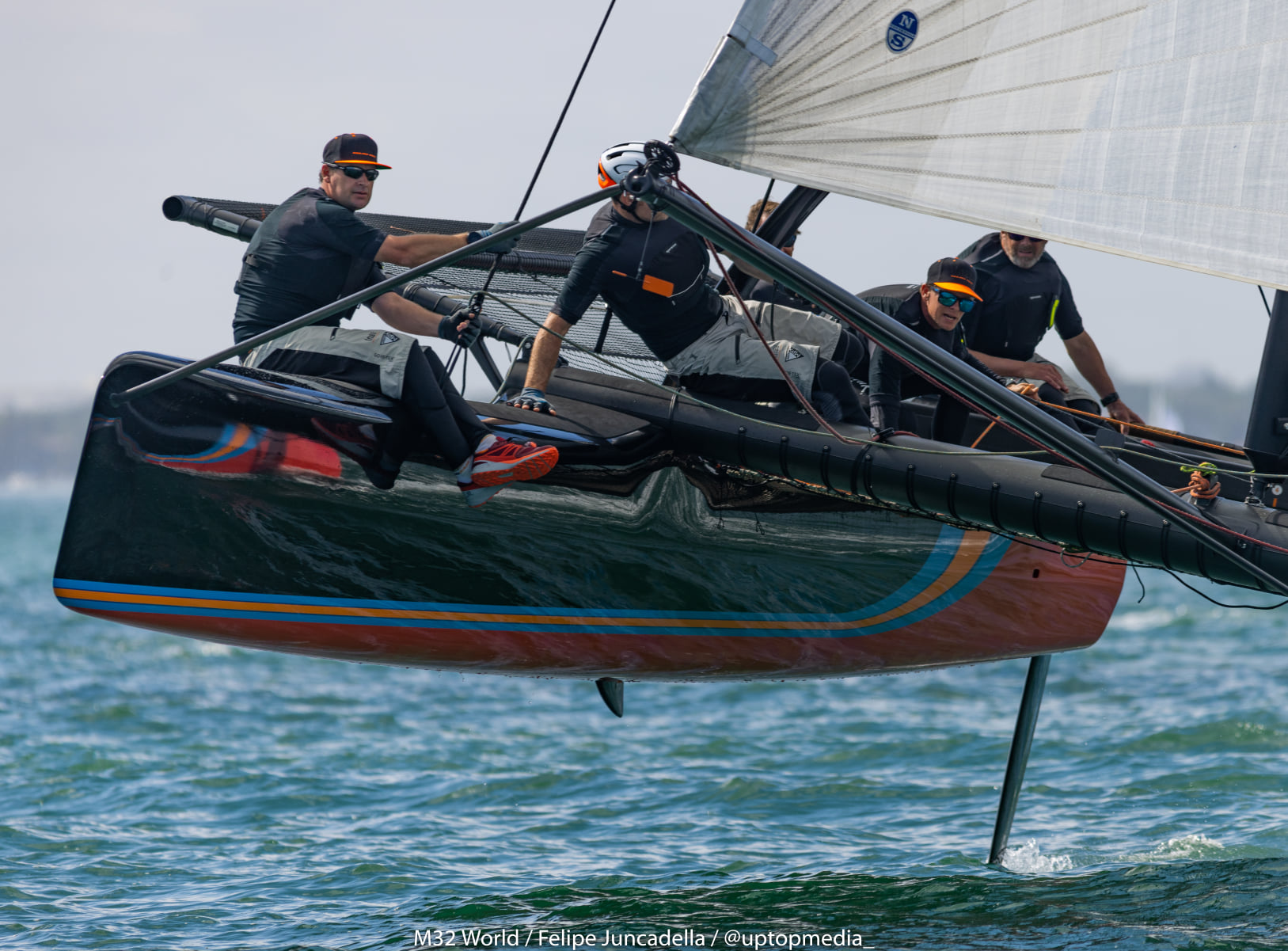 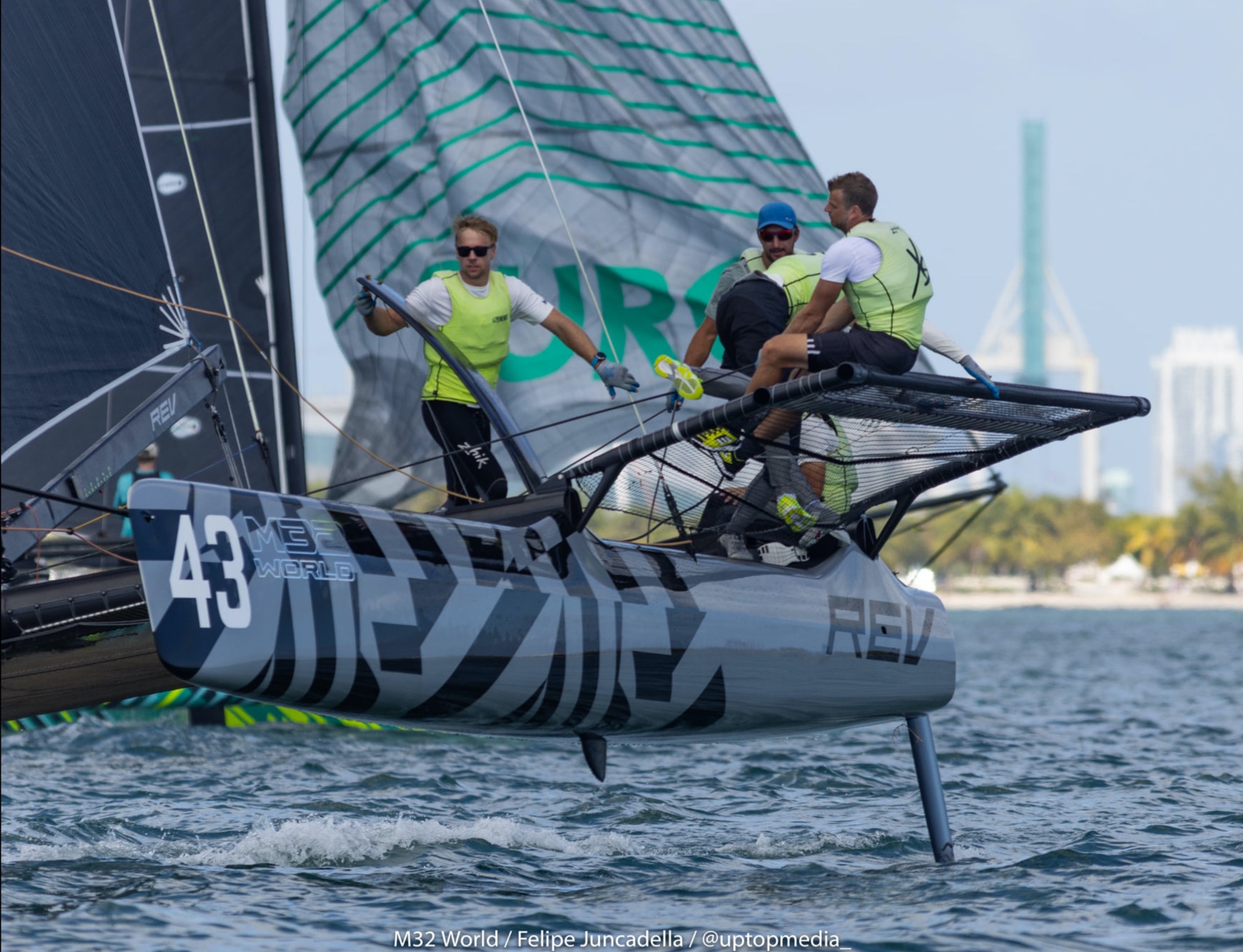 With a successful World Championship in November last year, the Winter Series is a more relaxed regatta series. Many teams took the opportunity to test new crew members and different setups. The fleet saw the return of Team REV with Ryan DeVos and Extreme2 with Dan Cheresh having had a break from the class last season.

A team that didn’t change their crew for this event was reigning World Champions Convexity with Don Wilson and tactician Taylor Canfield. However, at the end of the regatta cut short by the light winds, only one point gave the win to Convexity.  “The fact that only one point decided 1,2,3 shows how competitive the fleet has developed. On Team Convexity, we are motivated to push hard this season, and having such a competitive fleet is very motivating,“ Canfield said.

A point behind in second was Inga from Sweden with Skipper Richard Goransson and tactician Chris Draper. On third was REV with Ryan DeVos and tactician Ian Williams.

The close score bodes well for a competitive season where many American teams will head to Europe later in preparation for the World Championship in Portugal in October.

Only five races were completed, which is unusual for the M32 Class, which typically runs 11-12 in a weekend. Sunday had a totally calm bay with the crews waiting in the shade ashore for a breeze that never came. “It’s very unusual that we lose a full day of racing in Miami, but sometimes there just isn’t enough, five other classes were racing in Miami over the weekend, and I believe we got the most races in, so a bit of a silver lining,” class manager and PRO Mattias Dahlstrom said.

Multiple new teams will be experiencing racing with the M32 demo boats. “The M32 Demo Boat is by far the best way to make your introduction to high-speed apparent wind sailing,” David Doucett of M32 North America said. “The comment we get is I was reluctant to try it because once I got into the M32 I am hooked, and there’s no going back.”

For the full results, see: m32world.com/results