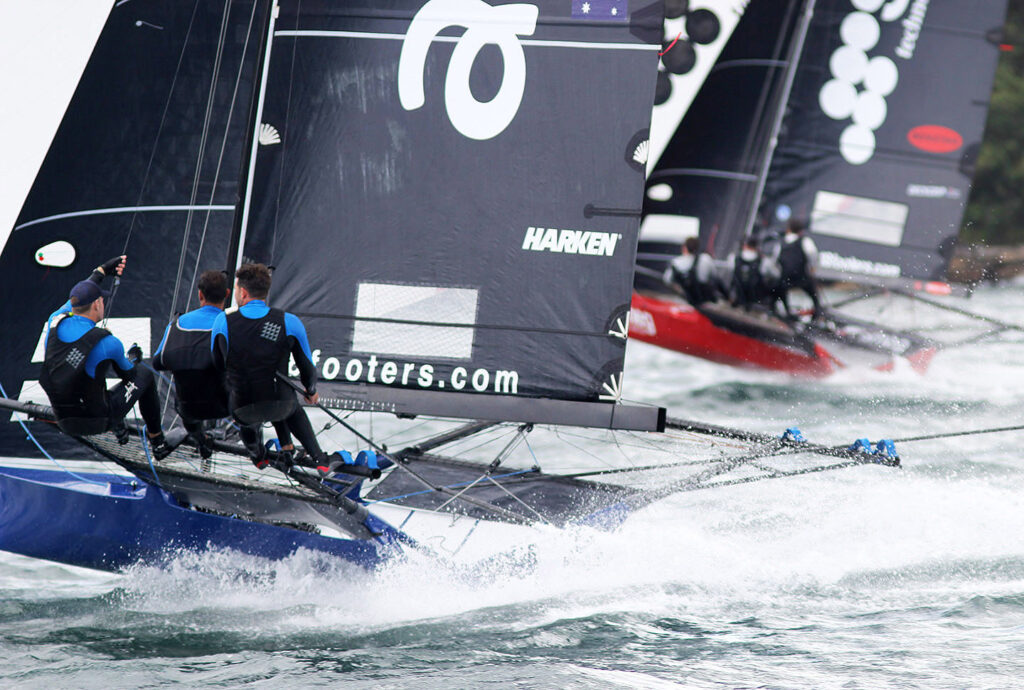 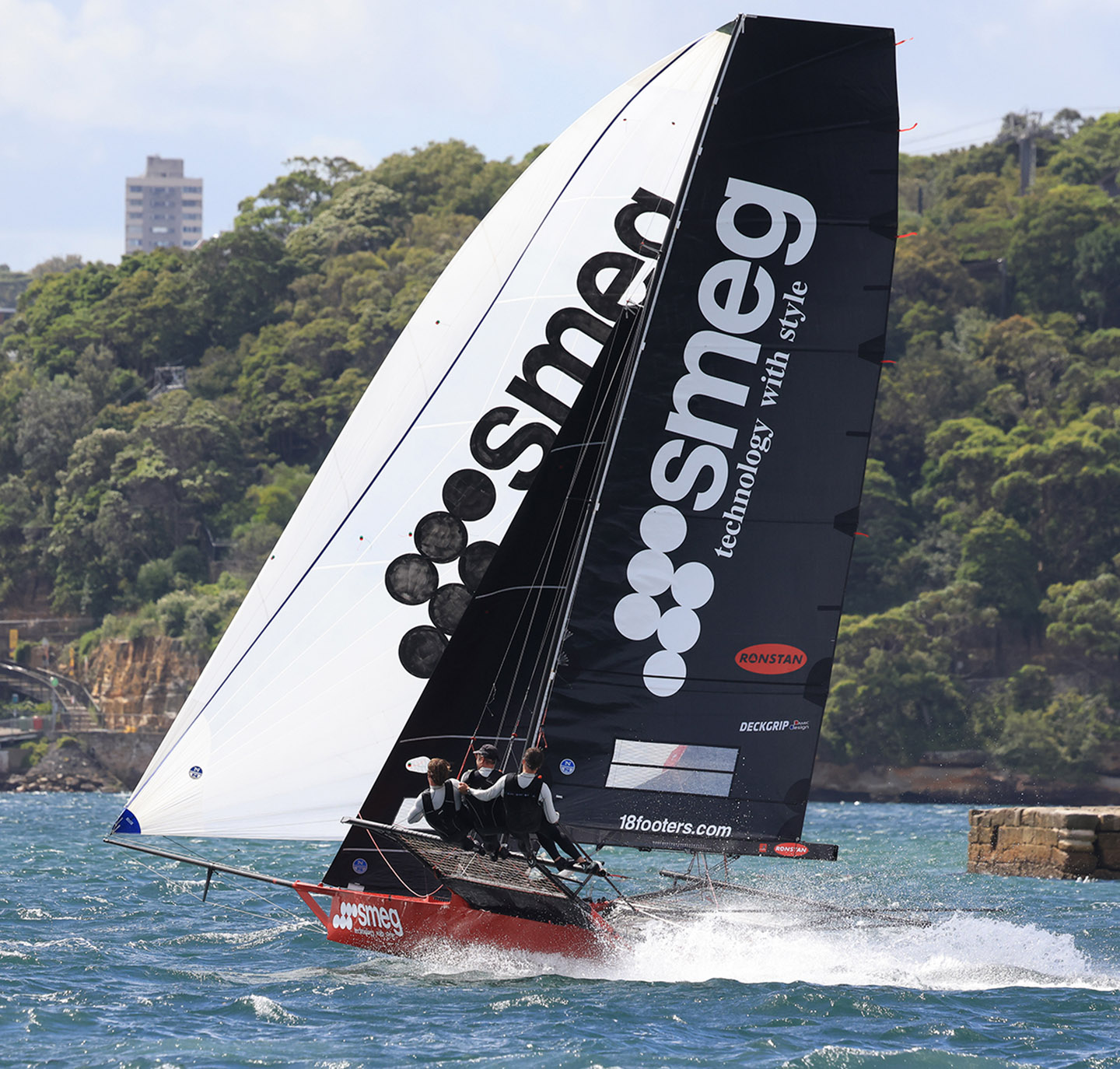 Smeg at speed on a spinnaker run in Race 1. Pic - Michael Chittenden 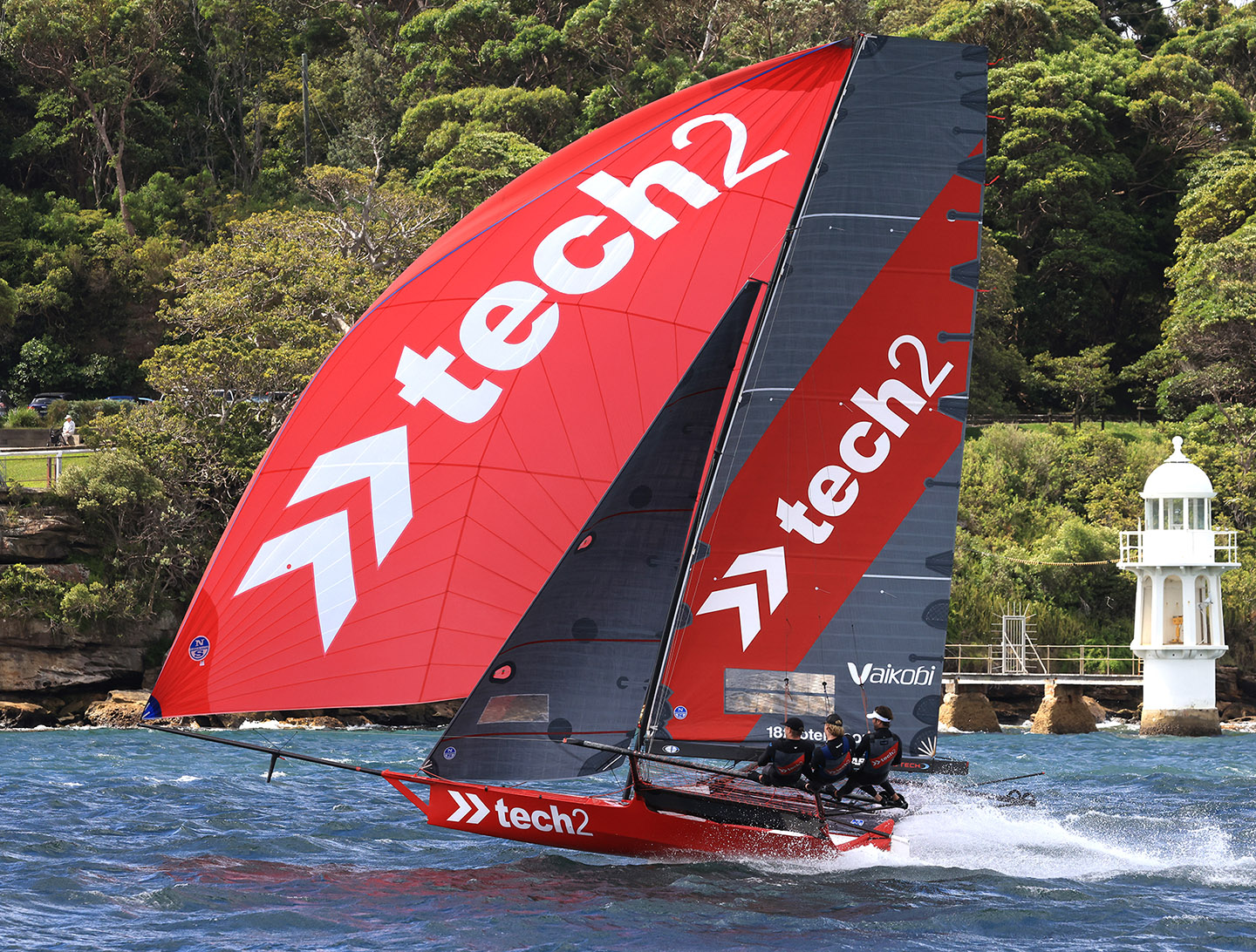 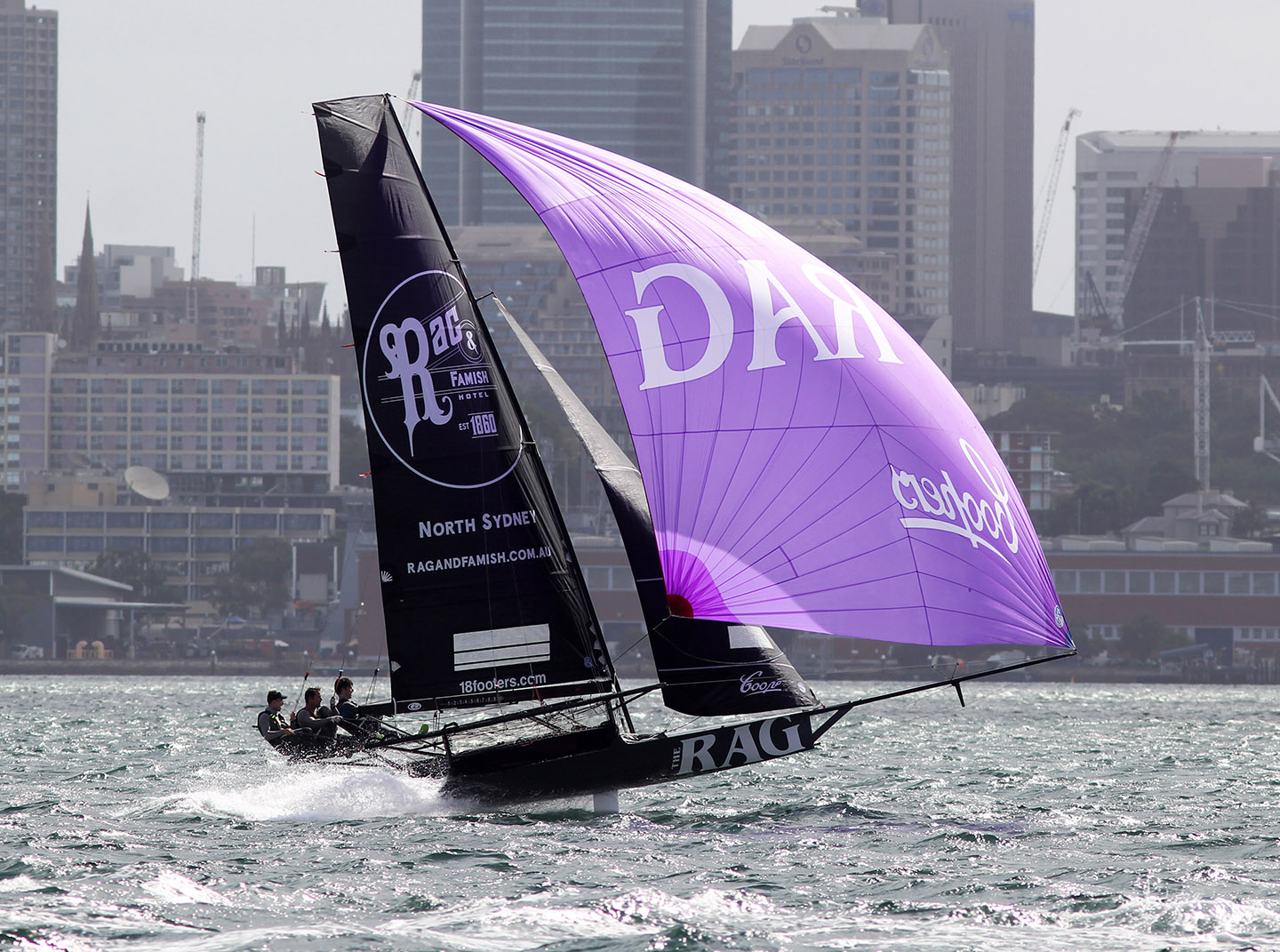 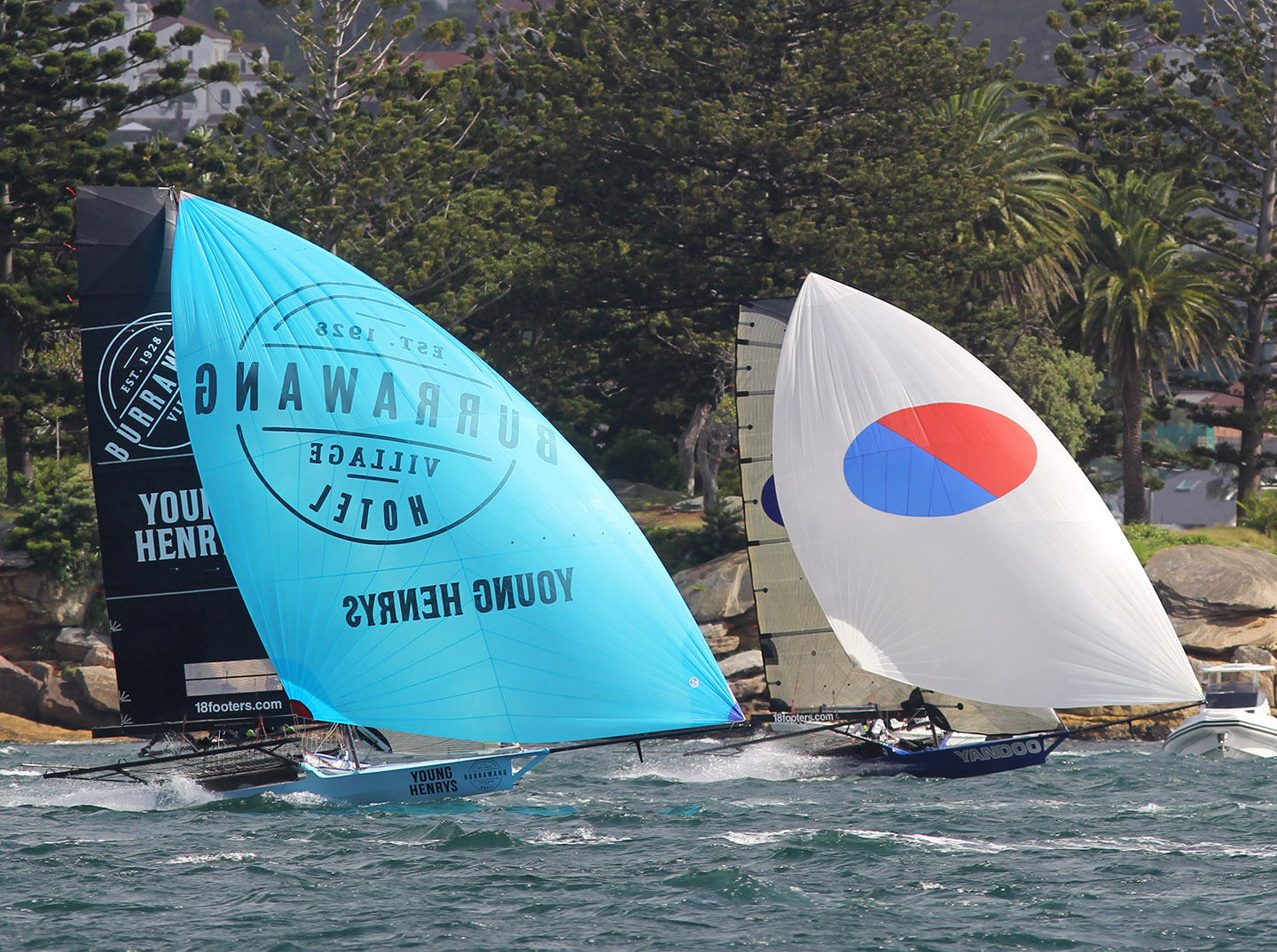 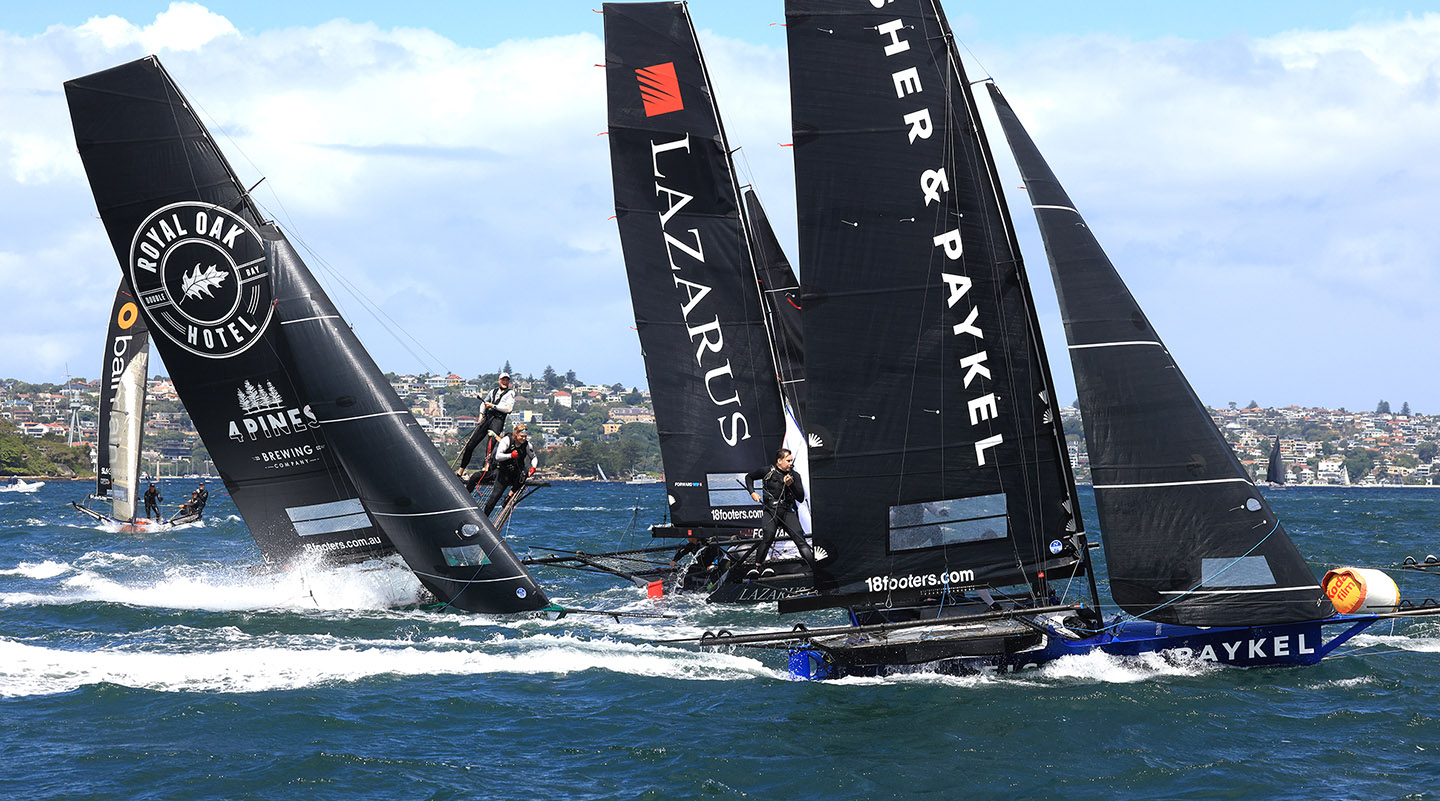 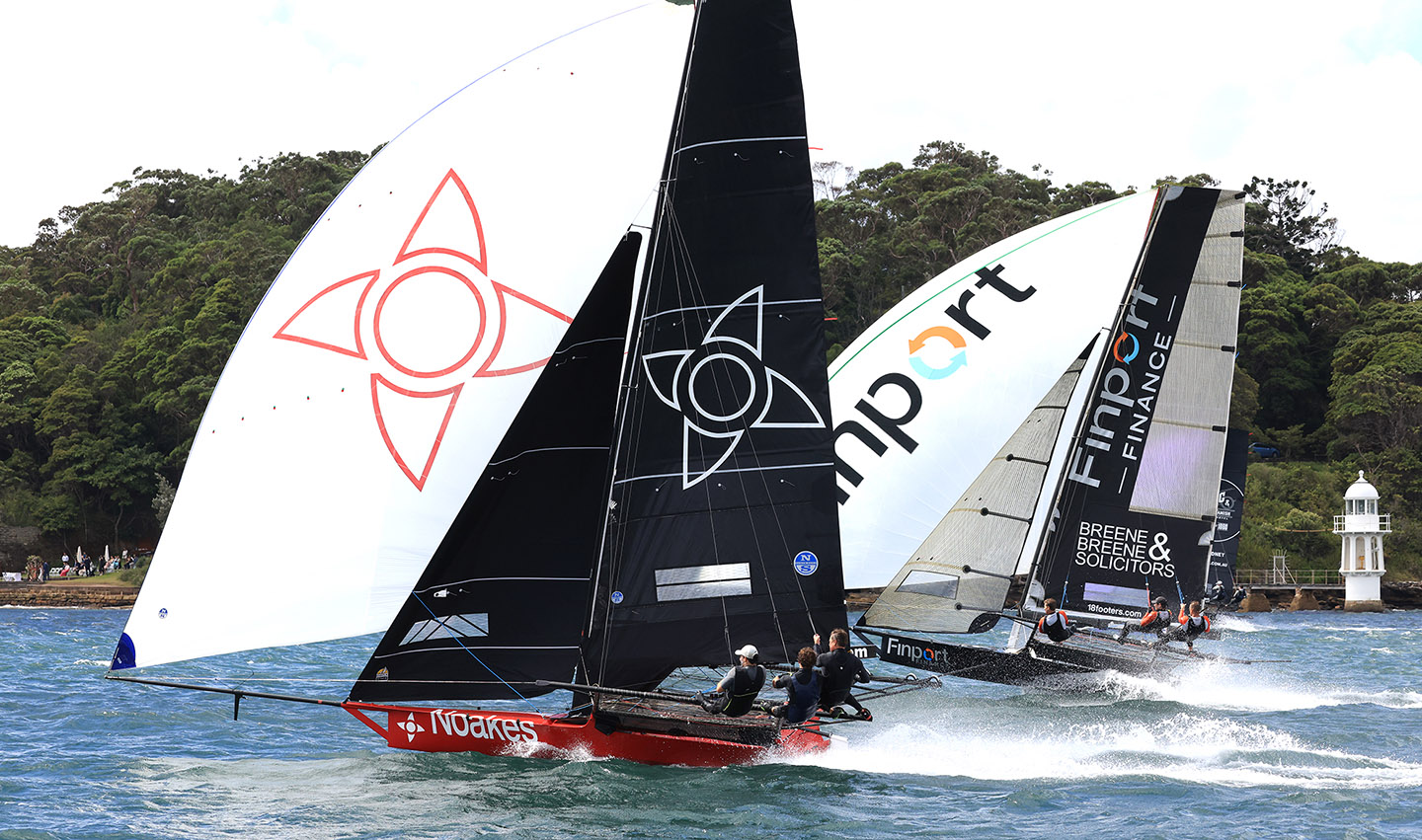 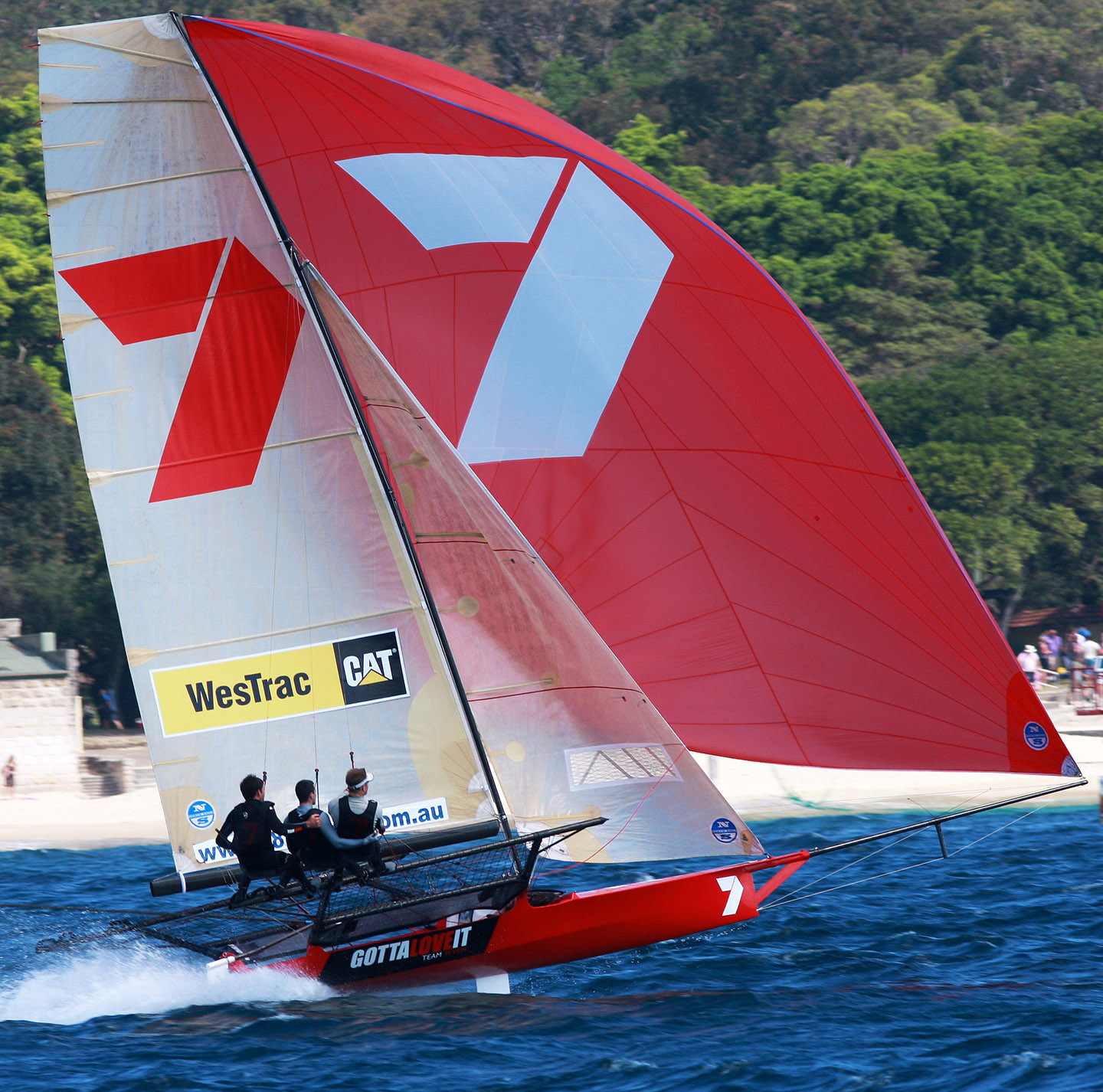 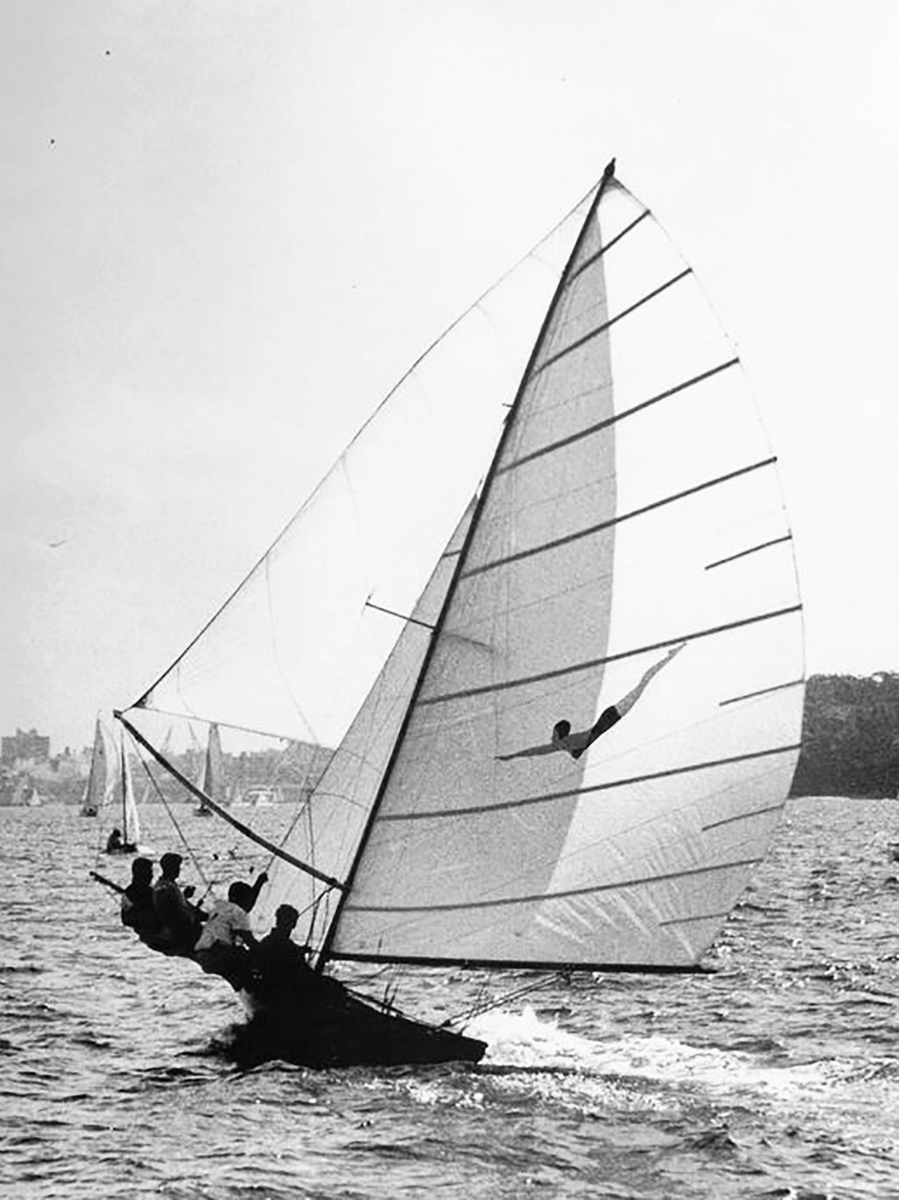 One of the Jantzen Girl skiffs in which Len Heffernan won three consecutive national titles in the 1960s. Pic - 18ft skiffs

After a weekend of five action-packed races, former 18ft skiff Australian Championship-winning skipper Seve Jarvin will be attempting to win his seventh title when he competes for the coveted trophy against a fleet of 23 boats from NSW and Queensland on Sydney Harbour this Sunday.

Jarvin, with Matt Stenta and Sam Newton have taken the lead, in Andoo, in the 2021-22 championship regatta but will have to be at their very best on Sunday to hold off strong challenges from a top-class fleet, including the defending champion Tech2 team, led by Jack Macartney, and the current JJ Giltinan world champion Smeg team, led by Michael Coxon.

Macartney will be attempting to make it three-in-a-row and become only the fifth skipper to win three, or more, consecutive Australian Championships over the 99 contests held so far.

The others include Vic Vaughan, Len Heffernan, Iain Murray and the present series leader Seve Jarvin, who has done it twice.

Going into the first of Sunday’s two races, Andoo has a net score of five points, followed by Smeg on 11, Tech2 on 12, Rag & Famish Hotel (Harry Price) on 16, and Noakesailing (Sean Langman) and Lazarus Capital Partners (Marcus Ashley-Jones), both on 22 points.

Regardless of the outcome in Sunday’s first race (Race 6), the championship won’t be decided until the conclusion of the double-point, no-drop final race.

The newly-introduced system for this race (Race 7), where each boat will be allocated double-the-points of each of the other six races (example 1st will get 2 points, second = 4 points, and so on, and no boat will be allowed to discard the race as its worst score), will make both races on Sunday critical to the overall outcome of the championship.

It will not only be important for each team to finish high in the placings in Race 6, but will be vital to ensure that they have a ‘fit’ boat to contest the double-point, no drop final.

Early weather predictions are suggesting a light easterly breeze, which will add to the pressure on each team to get a good, clear start over the windward-return courses being used in the championship.

If this weather prediction becomes a reality on Sunday, it will add even more uncertainty to the outcome as every race of the championship so far has been raced in far stronger winds so there is no form guide for ‘enthusiasts’ on board the spectator ferry to follow their favourite team.

Spectators can follow Sunday’s racing on board the club’s spectator ferry, however due to the COVID-19 policy, numbers are limited.  Booking online through the club’s website is essential: http://www.18footers.com.au/18-footers-sailing/spectator-ferry/

For those unable to make it out onto the water, the Sail Media live-as-it-happens broadcast team will be on Sydney Harbour to capture all the action.  Live streaming is available at www.18footers.com by clicking on the ’18 Footers TV’ link.