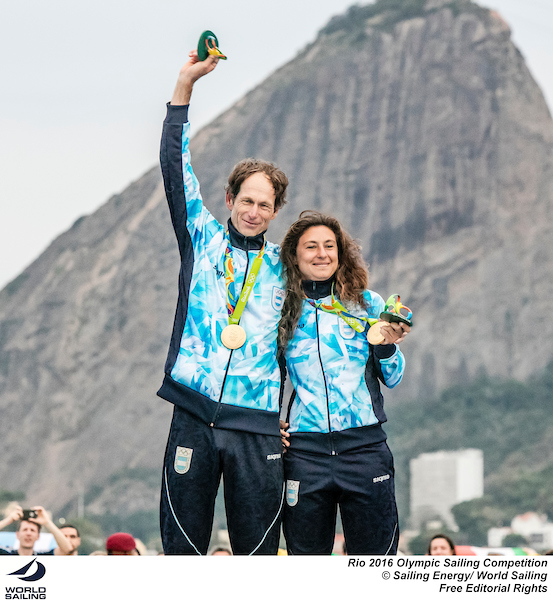 Nick Moloney, founder and director of Molokai Group says, “I was both delighted and humbled when Santi reached out to us a few weeks ago. He is certainly a true sporting hero and people from all backgrounds will remember his inspiring win at the Olympic Games last year – his story is remarkable.”

Last year, the Argentinian sailor was diagnosed with lung cancer and after an outstanding recovery, he went on to win gold at the 2016 Olympics and was later crowned Rolex World Sailor of The Year.

Santiago Lange says, “I have known Nick personally for many years, ever since we worked together in the America’s Cup. I feel connected to his values as these reflect mine. Commercially, it is a new era for me and I look forward to working with partners who can welcome me into their family the way Red Bull has for the past 15 years so we are part of the same boat both ways. This post-Olympic cycle has been an amazing experience for Cecilia and me but it has also been a bit of a ‘whirlwind’ at times. My priorities lie in my  future ambitions which include campaigning towards Tokyo 2020 and nurturing the strong emotional and sporting connection I have with my children. I hope to help them achieve their dreams too.”

Lange's Olympic gold medal was won in the two-handed Nacra 17 class yacht with sailing partner Cecilia Carranza Saroli in one of the most exciting sailing battles of the Brazil Olympic Games.

Santi has previously won two Bronze medals over a lifetime devotion to Olympic glory which has seen him compete in six editions of the summer Olympics.

Santiago’s story is unique and holds a special place in the pages of Olympic and sporting history.

Moloney concludes, “Santi is a humble man with great integrity, and is without question a genuinely inspiring ambassador. He is what we consider a 'legacy' athlete whose sporting achievements are etched in stone and his story has eternal value that can be shared to inspire people from all walks of life. We feel a great responsibility to serve Santi well in representing his past and future achievements and objectives.”

If you would like to learn more about how your brand can benefit from a partnership with Santiago Lange, please contact nick.moloney@molokaigroup.com