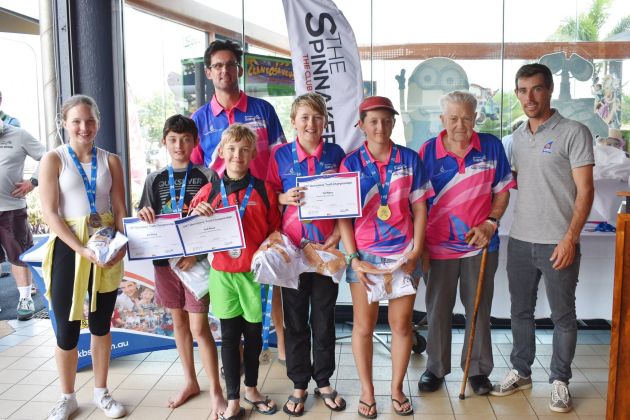 A surprise appearance by Olympic Gold medalist Tom Burton at the NSW Youth Championships was the icing on the cake of a successful trio of state-based junior events to round out Australian Sailing’s youth regattas for 2017.

Burton, who won the Laser Class in Rio last year, began his career at South Lake Macquarie Sailing Club, which hosted the NSW title for the first time.

Australian Sailing’s NSW and ACT Regional Manager Declan Brennan said Burton’s attendance “completed the loop” of his rise in the sport and, hopefully, “inspired some of the youth at the event to go on to bigger and better things”.

Nearly 400 youngsters in 288 boats competed at the NSW titles, a 20 per cent increase on 2016, including sailors from interstate and from New Zealand.

Brennan said the sailors were thankful to the more than 100 volunteers who helped the event run smoothly.

“We had some amazing statistics coming out, such as the fact we were able to launch a boat every 28 seconds when we were in peak flow, which is a phenomenal outcome,” he said. “It meant we could get the sailors out on the water really quickly. We had also some wonderful rigging areas for them, plenty of space to spread out.”

The NSW event followed the Queensland Youth Championships the previous week, which attracted a record attendance of more than 150 competitors.

“We’re really happy with the result,” Australian Sailing’s Queensland Regional Manager Ben Callard said. “The numbers continued to grow. And the event was really well organised by the Keppel Bay Sailing Club. The team of staff and volunteers did a great job.”

The Western Australian Youth Championships were held between the NSW and Queensland titles, and provided another great platform for Australia’s fledgling sailing stars to demonstrate their skills.