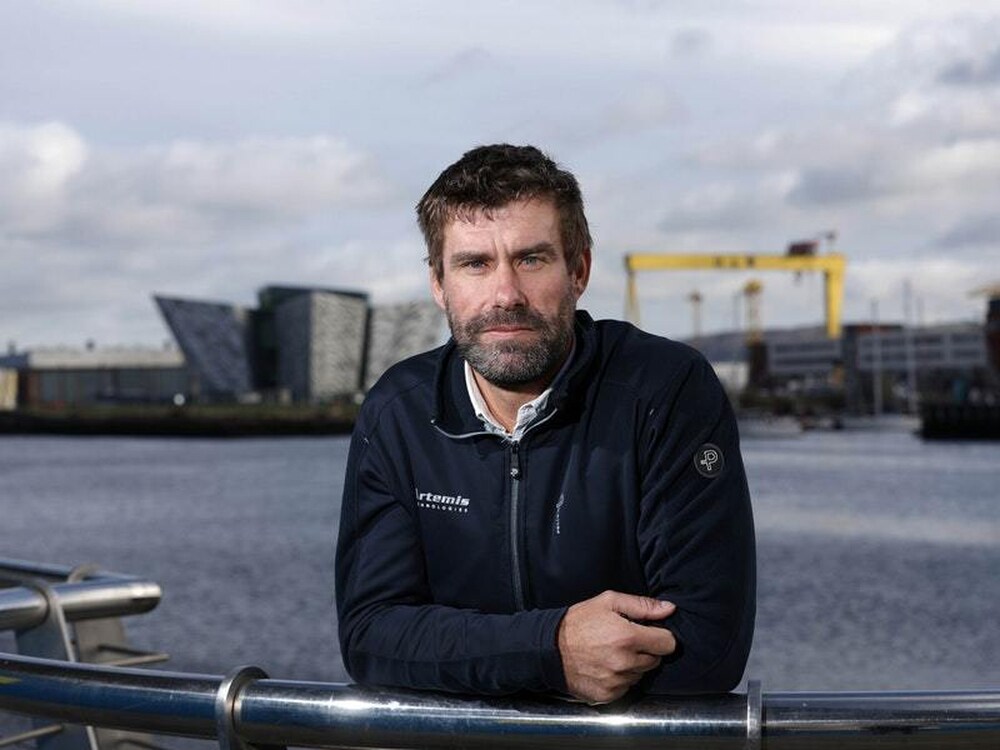 A double Olympic gold medallist is skippering a bid to make the UK a world leader in zero-emissions passenger ferries.

Sailing champion Iain Percy is combining his own know-how from designing America’s Cup racing yachts with expertise from the maritime, aerospace and F1 racing industries to develop what he calls a “plane underwater”.

Southampton-born Percy, 43, has chosen Belfast – a city with a rich ship and aircraft building heritage – as the location for the eco-friendly hydrofoil technology.

His consortium – which includes leading manufacturers such as Bombardier UK and universities and local councils in Northern Ireland – is currently vying for a £30 million Government grant to part-fund a £60 million research and development project.

The green-energy ferries will use the same hydrofoil technology that has transformed America’s Cup sailing in the last decade.

The boat will have hydrofoil “wings” under the surface of the water that are attached to the hull with vertical struts.

Much like a plane taking off on a runway, the wings drive the hull up and out of the water as the vessel picks up speed.

That enables the craft to travel with its entire hull, bar the wing struts, raised above the waves – thus reducing drag, and fuel costs, by a dramatic 90%.

With significantly less energy required to cut through the water, the ferries no longer need the power of traditional diesel engines, and can instead operate with small electric motors similar to those used in Formula E racing cars.

Percy said the aim is to generate that electricity from renewable sources, thus creating a zero-emissions craft.

The hydrofoils can also be retro-fitted to existing ferries to transform their energy use.

Read the full story at the Express & Star.