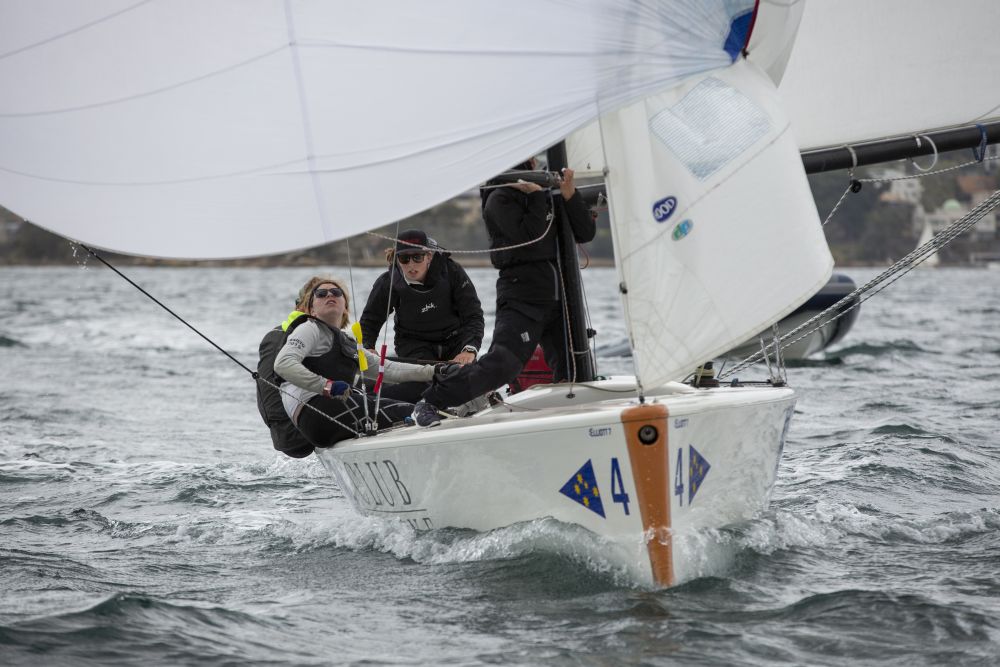 The trophy has been re-dedicated in 2018 as the John Messenger Perpetual Trophy, after John, a strong supporter of female sailing, sadly passed away at the end of last year. The two-day event saw eight teams from New South Wales, Queensland and New Zealand compete. The weekend’s conditions again saw a gusty breeze, this time from the south, with racing taking place in Athol Bay.

Round-robin winner, Olivia Price, chose to race RPAYC’s Juliet Costanzo in the semi-finals, leaving the CYCA’s other team, led by India Howard, to face off with New Zealand’s Celia Willison. Both semi-finals put on a great display of match racing and went right down to the wire with all three races needed to determine the finalists with the two more-experienced helms of Price and Willison advancing through to the finals.

In the Finals Series, Willison put up a great fight, and whilst the scorecard may have read 3-0, each race was tight. In the end the London 2012 Olympic Silver Medallist Price again showed her downwind speed and aggression which was a hallmark of her 2012 campaign, rolling her opponents from behind in multiple matches to gain valuable points and in the end, take home the trophy.

In the petit-final, India Howard also had to come from behind. Leading the final match with a penalty, the match racing rookie helm managed to sail away from her opponent and gain the crucial metres to execute the penalty turn, and finish on the final podium position in third.