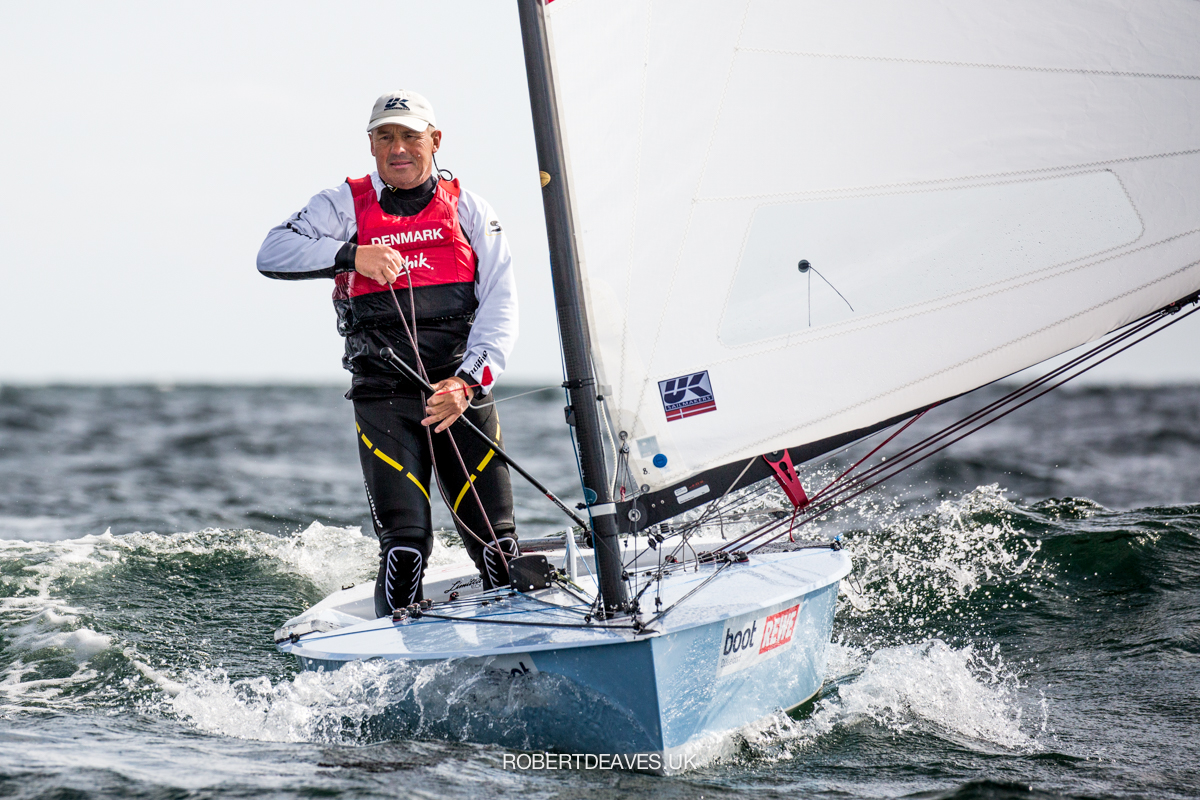 Bo Petersen, from Denmark, has taken a commanding lead after Stage 2 of 2021 Art of Racing OK Dinghy Euro Series.

He leads the series by a massive 113 points following the five regattas that counted towards Stage 2. An impressive 240 boats have now entered for at least one event.

Mogans Johansen, also from Denmark, moves up to second while Germany’s Andreas Pich moves up to third. Four more regattas are still to be held to conclude the series in October.

Stage 2 consisted of the French, Swedish, Dutch and Danish Nationals and concluded with Kieler Woche.

The French Nationals at Lacanau was won by Laurent Hay from Tim Petetin and Yann Vilein. Then Niklas Edler won the Swedish championship at Sandvikens Segelsällskap from Andy Phillips and Niels-Kristian Terkildsen. 33 boats took part.

The Dutch and Danish Nationals were the same weekend. 31 boats travelled to the Dutch championship, which was won by Jorg Janhsen from Johannes Janhsen, both from Germany with Stephan Veldman, from The Netherlands, in third.

The Danish championship was the biggest event of the year with an 82 boat fleet. Hosted by Kerteminde Sejlklub, Bo Petersen won four races to win by a convincing margin from Jens Eckardt and Lars Johan Bordtkorb, from Norway.

Yann Vilein, from France, had briefly taken the lead of the Euro Series, before Petersen’s win in Denmark catapulted him to the top. His win at Kieler Woche further extended that lead and he will be hard to catch.

In Kiel, Petersen won the shortened series, due to lack of wind, from Germany’s André Budzien and Sweden’s Benamin Hammerö, who moves up to eighth overall.

There are four more events to conclude the 2021 ART OF RACING OK Dinghy Euro Series, with the Belgian and Polish Championships and next week’s OKDIA Autumn Trophy in Bandol, France. The series concludes with the German Nationals at Wismar in October.

For the full results, see: events.okdinghy.org