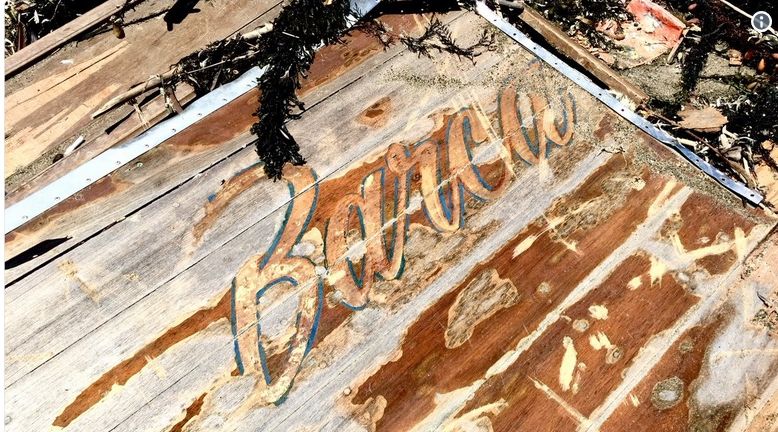 For a while, their investigation may have felt more like a game of Wheel of Fortune, Debris contained the letter fragments, “rio” and barca”. After scanning a database, the US Coast Guard identified the craft as Barca del Rio.

In Spanish, that translates to, embarks from the river. In reality, they have no idea how that vessel's debris arrived on the beach in pieces that included clothing, life jackets, and assorted wooden pieces. “It remains a mystery,” Lt. JG Emily Rowan said. “An unusual case.”

The US Coast Guard says it received no distress calls. Nor has it learned of any missing persons connected with the boat.

Those pieces remain on the beach near Pacifica Pier and the US Coast Guard's investigation continues.