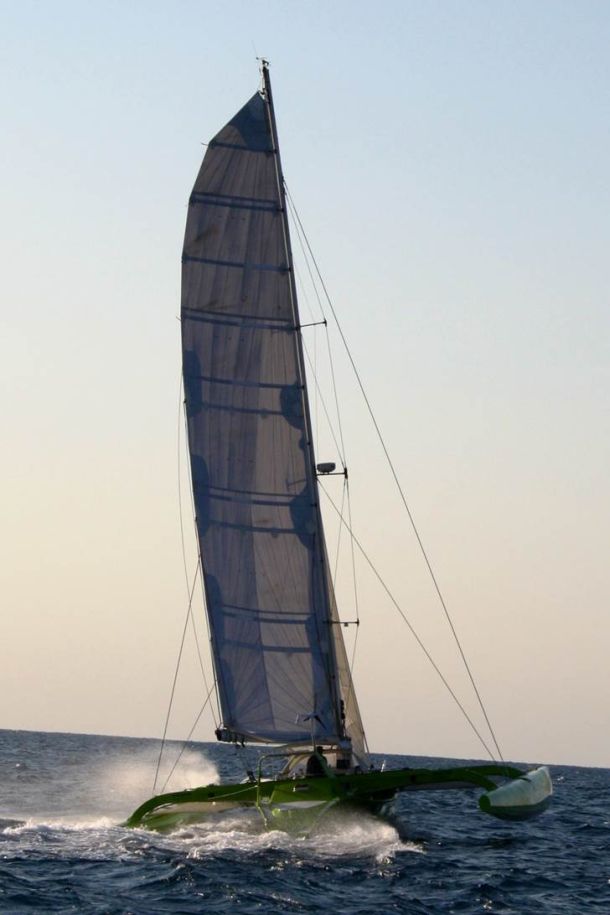 A yacht abandoned in Bass Strait and not expected to be seen again has ‘done a Lazarus’ and become the first entry for Audi Hamilton Island Race Week 2015, which will be staged from August 15 to 22. In fact the owner, Queenslander William Fea, was so enthusiastic about being at what is Australia’s premier yacht regatta that he lodged his entry even before the Notice of Race for the series was posted this week.

“I had no intention of being the first entry, I just wanted to make the commitment,” Fea said. “My friends have told me it’s the regatta where the camaraderie is second to none; an event that you can take seriously, or not seriously. Regardless, the one thing everyone has in common is that they are there for a good time.”

Fea’s yacht, the 13-metre long trimaran, Ocean Emu, was launched in 1990 then quickly established herself as one of the fastest sailboats on Australia’s east coast. She was abandoned in rough weather in Bass Strait in 1996 and declared lost, but more than seven months later she was found upright and drifting almost 2000 nautical miles away, off the coast of Far North Queensland.

After being salvaged, the dilapidated Ocean Emu was partially rebuilt and sailed once more. Fea then became the owner and spent hundreds of thousands of dollars on a rebuild that took 18 months to complete. When she was relaunched in 2007 the only two pieces of the original yacht that remained were a deck cleat and a hatch.

While the Notice of Race has only just been posted on the Race Week website – www.hamiltonislandraceweek.com.au – five entries have already been received, including that evergreen participant, the classic maxi yacht Condor, owned by Dave Molloy.

The Race Director for Audi Hamilton Island Race Week 2015, Denis Thompson, has confirmed that few changes have been made to the Notice of Race for this year’s regatta, except for the inclusion of the Australian IRC Championship. He added that he was expecting strong fleets in all divisions, and that he wouldn’t be surprised to see as many as 40 multihulls competing.

As a bonus to all competitors, Hamilton Island is offering special ‘early bird’ accommodation rates for the regatta. Details are posted on the regatta website. The offer is available until April 30.

German luxury brand, Audi, is back for the tenth year at Audi Hamilton Island Race Week in 2015. Audi and the sport of sailing go hand in hand, thanks to a shared passion for winning performance, the use of lightweight and progressive materials in construction, and a love of spirited competition. Throughout Audi Hamilton Island Race Week 2015, the brand will host a range of events and activities on the island for yacht owners, yacht crews and guests to enjoy.