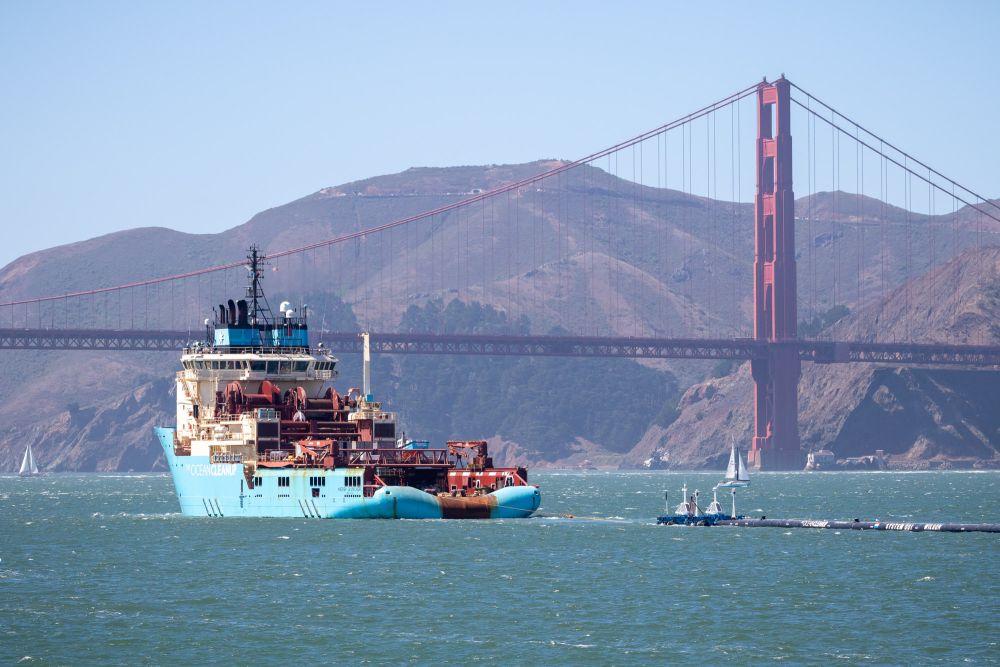 The Ocean Clean Up system in San Francisco Bay.

Ocean Cleanup's $20 million boom – designed to clean up the Pacific Garbage Patch in five years and dubbed Wilson after the volleyball in the movie Castaway – will be towed back to port along with around 2,000 kg of plastic that has been recovered from the patch over the past few weeks. The plan was to begin cleaning up the Great Pacific Garbage Patch, a giant floating mass of more than 1.8 trillion pieces of plastic twice the size of Texas.

The plastic pipe-and-skirt system placed in the Pacific Ocean to corral marine litter needs fixing for “structural malfunctioning” about two-and-a-half months after being deployed to the garbage patch halfway between California and Hawaii.

The 2,000-foot long boom is created to capture marine plastic via 10-foot deep screens, with bulkheads for storage. The system was created to gather plastic pollution from the ocean's surface to a depth of 10 feet.

Hopefully, no one is keeping score because if they were it would be Great Pacific Garbage Patch: 2, Wilson: 0.

This “structural malfunctioning of the cleanup system” means the team is returning to port earlier than planned, the project founder Boyan Slat said on the organisation's website.

Founder & CEO Boyan Slat announced the news in a December 31 blog post, saying “setbacks like this are inevitable when pioneering new technology at a rapid pace”, and maintaining that ” these teething troubles are solvable, and the cleanup of the Great Pacific Garbage Patch will be operational in 2019″. The system's deployment followed years of Ocean Cleanup research and fundraising that generated about $35 million in donations and sponsors, including PayPal co-founder Peter Thiel. “Also, because no material was lost, there have been no safety risks for the crew, environment or passing marine traffic”.