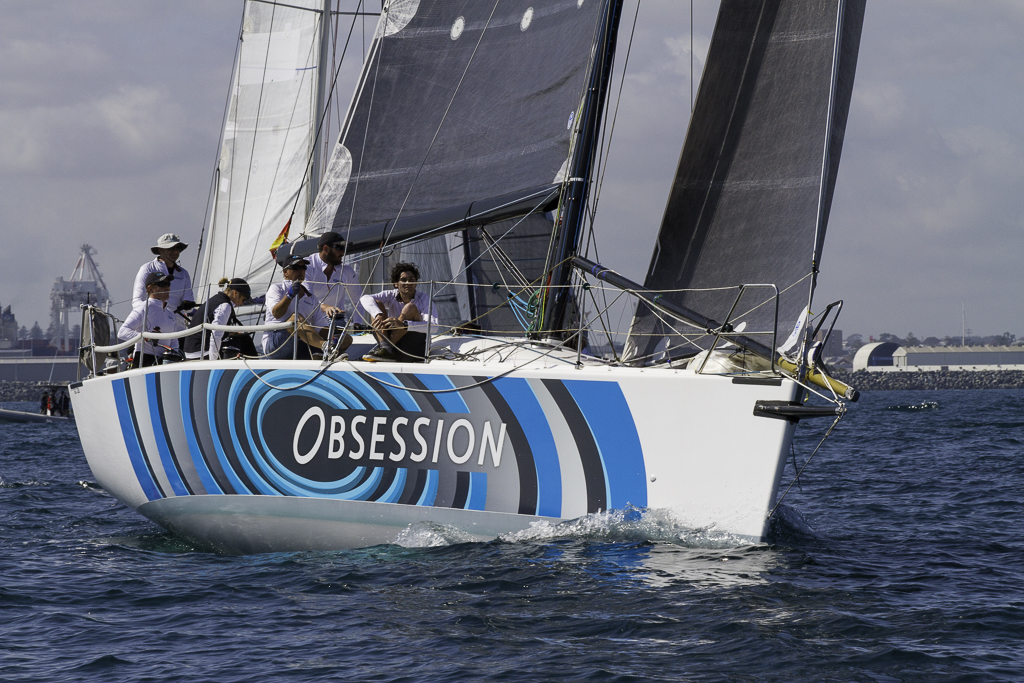 Paul and Ceris Arns’ MAT1245 Obsession made a statement in the George Law Memorial Race held off Fremantle last Saturday. Starting strongly, she rounded the windward mark only marginally behind Craig Carter’s Carkeek47, Indian with Mark Nagle’s FB35 Weapon of Choice following. Finishing third over the line, she was first in Division 1 IRC and second on YAH handicap.

Indian, in her first outing since emerging from a winter in a shed, had a man up the mast to tension the sail battens prior to the start and took the opportunity to attend to many of the “to do” items still on the list to prepare her for this year’s Sydney to Hobart race. Sailing master Paul Eldrid was happy with the boat’s performance and her preparation for the big race.

Weapon of Choice lost her mast late last season so the boat is still being tuned. Skipper Mark Nagle would be well satisfied with the boat after finishing second on IRC and third on YAH handicaps.

Newcomer Tim Harrison, sailing the smallest boat in the race, the Spacesailer27 Vision, sailed well in the light conditions to win the double handed YAH division. Bruce Beattie’s Lizard misread the course signals and retired after sailing a long way in the wrong direction. Dart Vader added to her list of victories with a win in the IRC double handed handicap division.

Results are still subject to protest, following an altercation between Sand Crabs Disco, Finistere and Twitch at the top mark. Sand Crabs Disco in attempting to shoot the mark finished in irons leaving Twitch and Finistere in a precarious position as they closed on the mark. The protest is expected to be resolved this week.