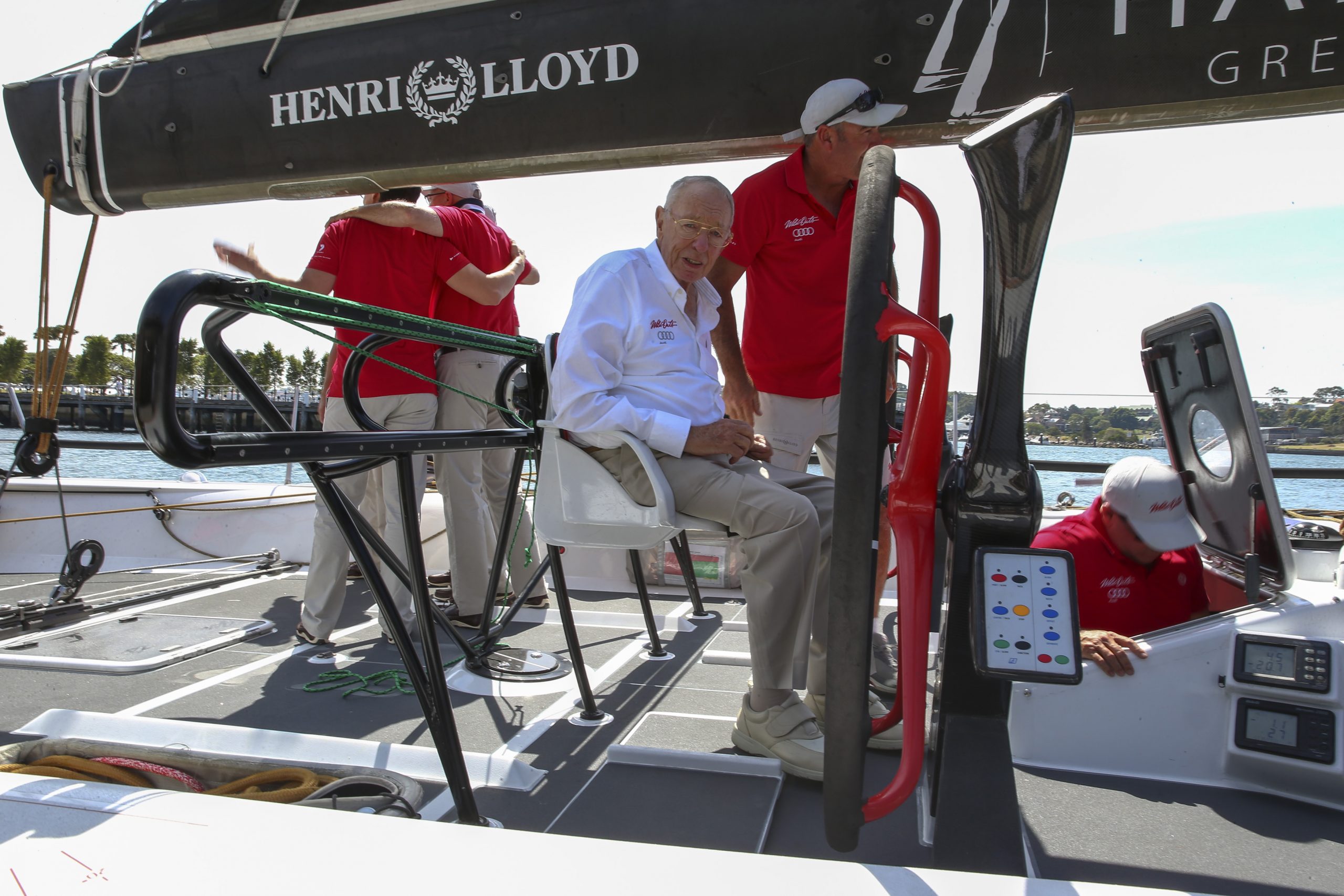 It is with profound sadness the Oatley family announces the passing of Robert Ian Oatley, AO, BEM. Known affectionately to all as Bob, he was a proud and passionate Australian recognised for his outstanding contributions to the Australian wine, tourism, coffee, sailing and thoroughbred horse industries. Bob was also well-recognised as a philanthropist who supported Australian Olympic activities, medical research and the arts.

Bob is survived by his wife Valerie, his three children, Sandy, Ian and Ros Oatley, seven grandchildren, and eight great-grandchildren.

The Oatley family has been touched by the many kind words and tributes that have already been received from friends, colleagues and the wider Australian community. They thank everyone for their love and condolences.

A private funeral will be held.

The Australian sailing community has lost one of its pioneers with the passing of Robert ‘Bob’ Oatley AO in Sydney over the weekend, aged 87.  Bob’s love affair with sailing started in his early teenage years off the beach at Balmoral on Sydney Harbour and he remained an active sailor throughout his life.

Bob was recognised for his contribution to business and philanthropy, appointed an Officer of the Order of Australia (AO) for his distinguished service to the Australian wine and tourism industries, to the sport of yacht racing, and to the community as a supporter of medical research and visual arts organisations.

At the annual Yachting Australia Awards held in November last year, Bob was honoured with a Lifetime Achievement Award for his contribution including the formation of the Balmoral 12ft Sailing Club in 1945, leading the Australian team to win the Admirals Cup and his success with Wild Oats.

Matt Allen, President of Yachting Australia knew Bob for many years, acknowledging he “made a huge impact through racing particularly with ‘Wild Oats’, raising awareness of the sport, advancements in technology and his interaction with sailors”, Matt said.

“Bob mentored many sailors and supported them throughout their careers and many people owe him a debt of gratitude.  He was a Foundation Member of the Australian Sailing Team Patrons’ Program and we are extremely grateful for his contribution and support over many years.

“He replicated his business success in sailing by putting good people around him which proved a winning formula.

“Away from the water, Bob was a committed family man and loyal and generous to his friends and the sailing community mourns his loss”, Matt added.