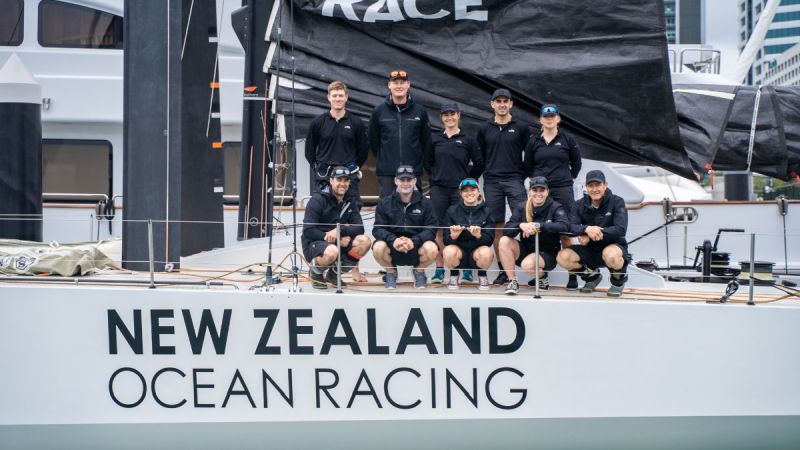 RUSSELL, 24 October 2020 – At 3:58am this morning, Bianca Cook and Darryl Wislang with their all-kiwi NZ Ocean Racing crew became the first monohull to win the PIC Coastal Classic yacht race since 2009. After 18 hours racing through conditions that have been described as “painful” due to the challenges presented by light winds, the team triumphantly completed the 119 nautical mile race from Auckland to Russell.

“We thought it was hard to get up to Cape Brett, but that’s when the real fun began” says co-skipper Bianca Cook. “We were going 0.1kn at one stage.”

The team of 11 kiwis including Ocean Race veterans Tony Rae and Ryan Houston rounded Cape Brett, the iconic hole-in-the-rock entrance to the Bay of Islands at 11:00pm, and had a five hour crawl in the dark to the patiently waiting volunteers on the finish line boat who stayed up all night waiting for the first finishers.

“With everything that has happened this year, it was just great to be on the start line and amongst the fleet” Bianca continues. “This is our Great Race North. It was a great race, and a great fleet despite the winds being a little light”.

Bianca indicated that the boat will be staying close to home this season and may look to try for a repeat of their PIC Coastal Classic success in 2021. “We look forward to next year with some better breeze. This is just one of many steps toward the start line for The Ocean Race”.

The last time a monohull won the race was in 2009; Alfa Romeo set a new monohull speed record of 6 hours 43 minutes, nearly triple the speed of this morning’s top time.

Cation could consider this win a coup of the multihull fleet, as they only overtook their intensely contested division mates well after dark as the winds drew them further out to sea. The boats closer to the shoreline struggled after dark, including local Bay of Islands boat APACHE with an equally accomplished crew that finished 3rd overall (2nd multihull) after 7:00am.

Another newsworthy finish and arguably the most celebrated finish of the race so far, is WIRED the Bakewell-White TP52 who made a similar leap ahead through the night, completing the race fourth overall and 2nd monohull. They put on an impressive show for family and friends enjoying their morning coffee on the Russell waterfront, appearing around Tapeka Point with speed and overtaking ROMANZA right before the finish line.

As of 9:30am, only the above mentioned five boats have finished. More than 100 boats are still racing and have until 3pm to get to the finish line. Full results will be published later this afternoon.