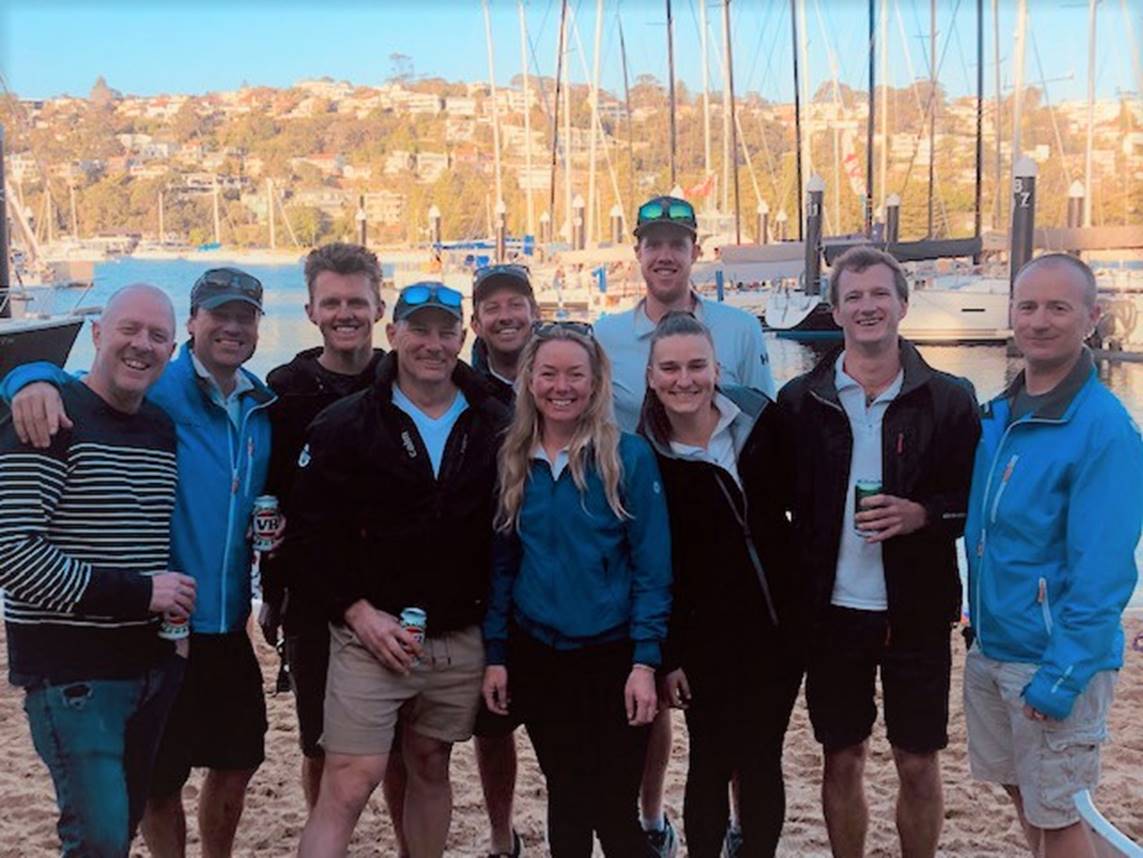 On Day 1 of the Farr 40 social regatta and season opener, the eight-boat fleet joined the CYCA Short Ocean Pointscore and co-owners Rob Davis and Andy Baker’s Nutcracker won the first race of the weekend.

The Melbourne based Nutcracker crew have been travelling to Sydney to train through winter in preparation for the upcoming Farr 40 Worlds in Long Beach, California and their efforts certainly paid off today.

“It was really close racing with the first five boats only spread out over a couple of hundred meters at the finish. We were placed about fourth out of the heads and once we got the lead, we held it until the end.

“Our winter training has been really beneficial and time on the water has given us a much better feel. It was great to win the first race of the season, however, we’ve been in this predicament before, so we won’t jinx ourselves just yet,” Davis said.

Competitors enjoyed a beach party back at MHYC and the camaraderie within the class is at an all-time high for what promises to be an exciting year ahead.

Tomorrows racing will commence at 11am inside the Harbour for up to three races with Phil Yeomans calling the shots at Principal Race Officer.