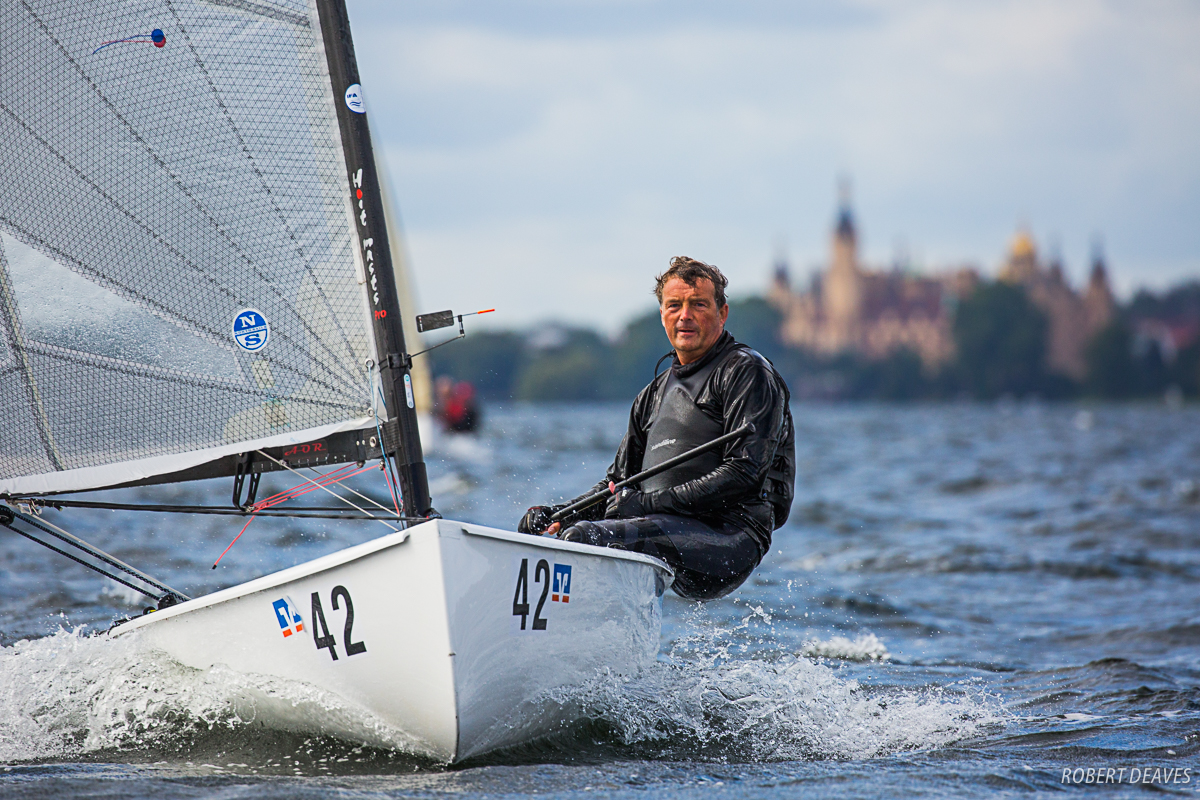 Felipe Silva from Portugal has retaken the lead at the Finn European Masters at Schwerin, Germany, after two more races on Friday, while Bas de Waal (Ned) drops to second, and André Budizen, from the home club, moves up to third after the second best score, but the best was reserved for Michael Maier, from Czech Republic, who won both races.

A change in wind direction from the south-westerly of the last two days to a colder north-westerly wind, also meant a change in tactics with the right side favoured at times, but generally being on the right shift into the top mark paid dividends, with very different conditions at the top to the bottom of the course.

Maier led from the start in Race 5, winning the pin and leading the fleet up the middle right. Silva rounded in second but downwind Budzien came through to round the opposite gate mark level with Maier. Maier escaped up the second beat to lead down to the finish with Budzien close behind again. Silva crossed in third.

In the Masters category, Silva also has a substantial lead, as does de Waal in the Grand Masters fleet. In the Grand Grand Masters is it much closer with Gebhardt Zdenek, from Czech Republic holding a 10-point lead. Henk de Jager, from The Netherlands also has a healthy lead in the Legends category.

With two races scheduled on Saturday to conclude the championship, Silva and de Waal are separated by just two points, with a comfortable gap on the rest of the fleet. However, the forecast shows the lightest wind of the week so far, at 5-6 knots, so it looks to be heading for a close finish.

The Finn European Masters is a series of 8 races from Wednesday 11 September to Saturday 14, September. It is being sailed on Schwerin Lake in central Germany, and is organised the Schweriner Yacht Club.