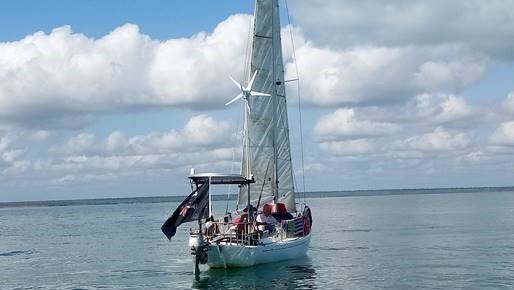 Northern Territory Police announced last week that they held concerns for two men who had failed to make contact since leaving their last known location.

The two men were believed to have left Maningrida on Wednesday 4 November 2020 to sail to Nhulunbuy.

Family raised their concerns with police after the pair had not made contact since their departure and attempts to contact them failed.

The two men are traveling on a 28ft monohull sailing yacht called ‘Allora’.

This story had a happy ending:

Northern Territory Police advise a yacht sailed by two men and reported missing has been located and is making its way to Nhulunbuy.

Police would like to thank everyone for their concern and information.