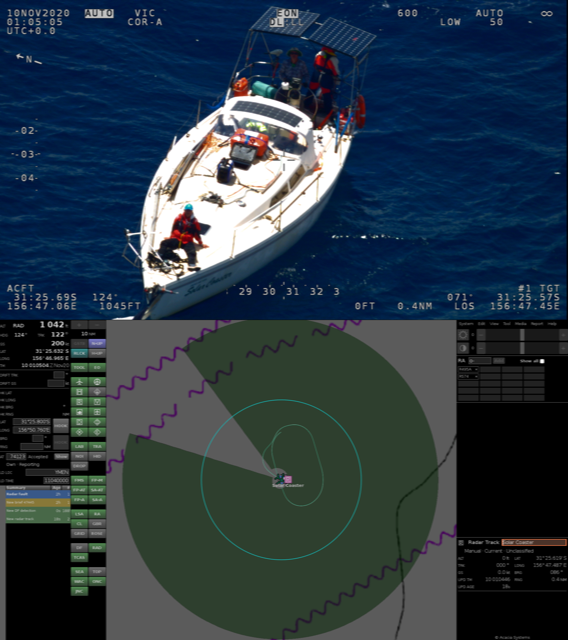 The Marine Area Command Search and Rescue Coordination Centre received a mayday relay from a yacht 220nm East of Port Macquarie after losing its mast and requiring assistance. The yacht is the 11.5m Solar Coaster with three men in their 60s on board.

A crew on another Port Macquarie yacht, the Cool Change, left Lord Howe Island and met with the yacht to provide assistance, but it too was accidentally hit by the stricken vessel.

About 10.30am on Tuesday, November 10, a joint operation commenced and assistance from the Australian Maritime Safety Authority was provided, with the Challenger SAR aircraft from Melbourne providing a fuel and communications drop from their aircraft.

The Cool Change returned to the harbour in Port Macquarie on Wednesday.

Authorities were informed the mast of the Solar Coaster had hit the hull of the vessel, but no damage had been sustained, nor were there any injuries to the three men on board.

A police vessel from Nelson Bay met up with the Solar Charger and towed it to Port Macquarie.