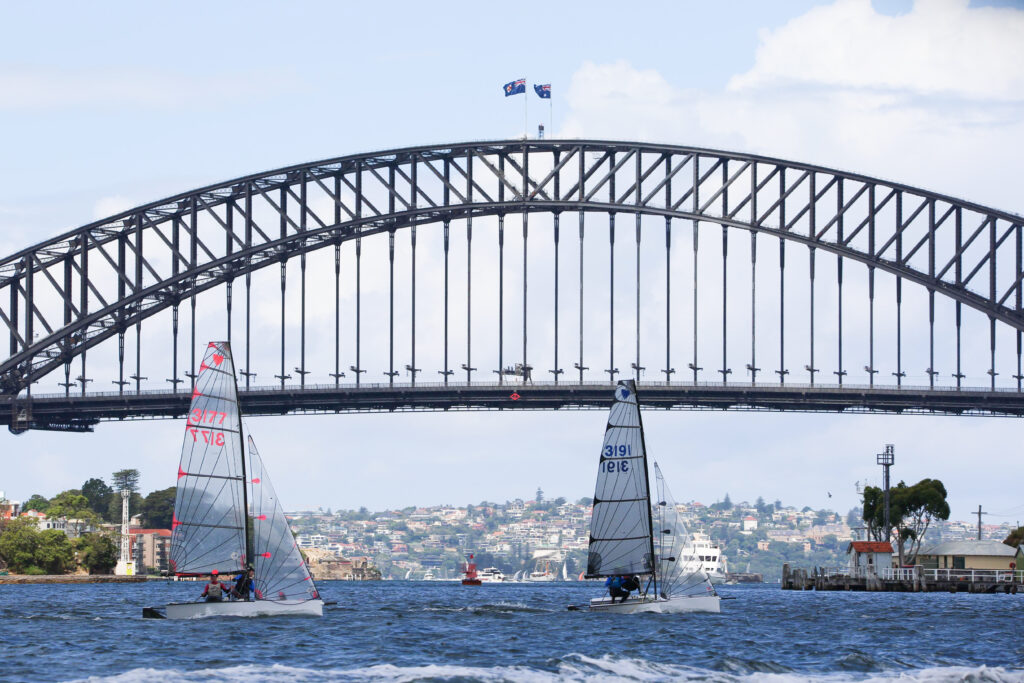 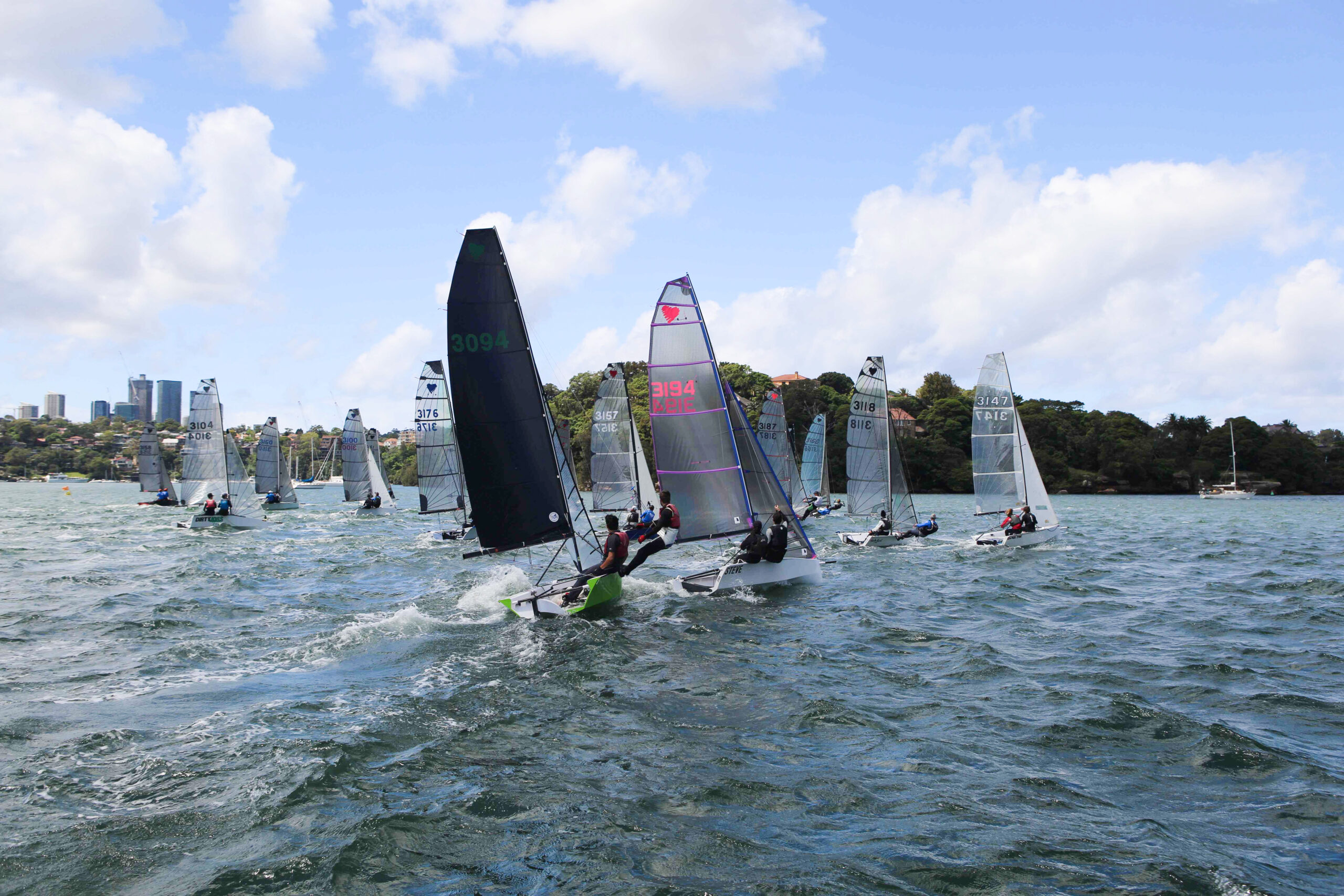 Up to 27 boats competed in the states over the weekend. Pic - Richard Imlay 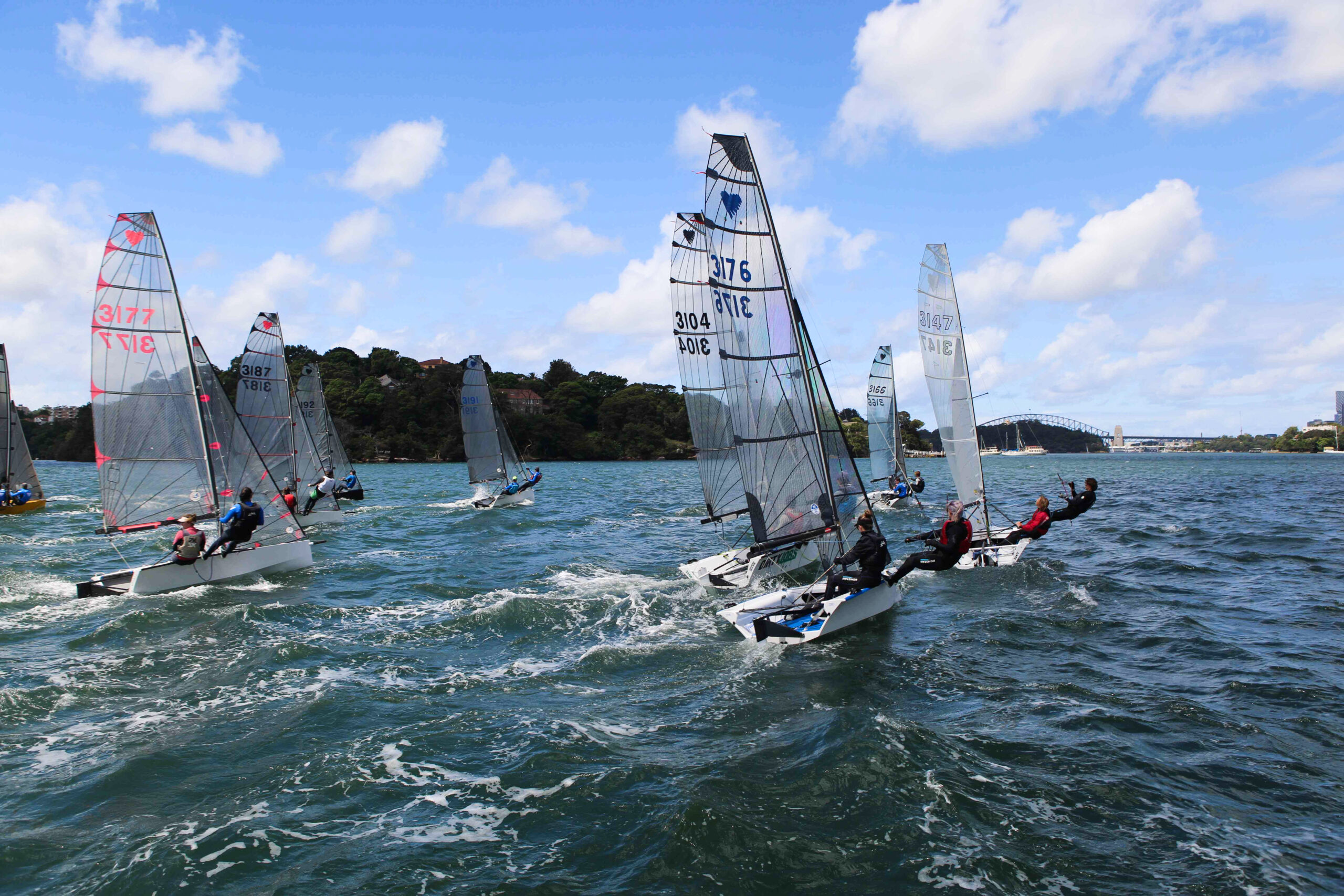 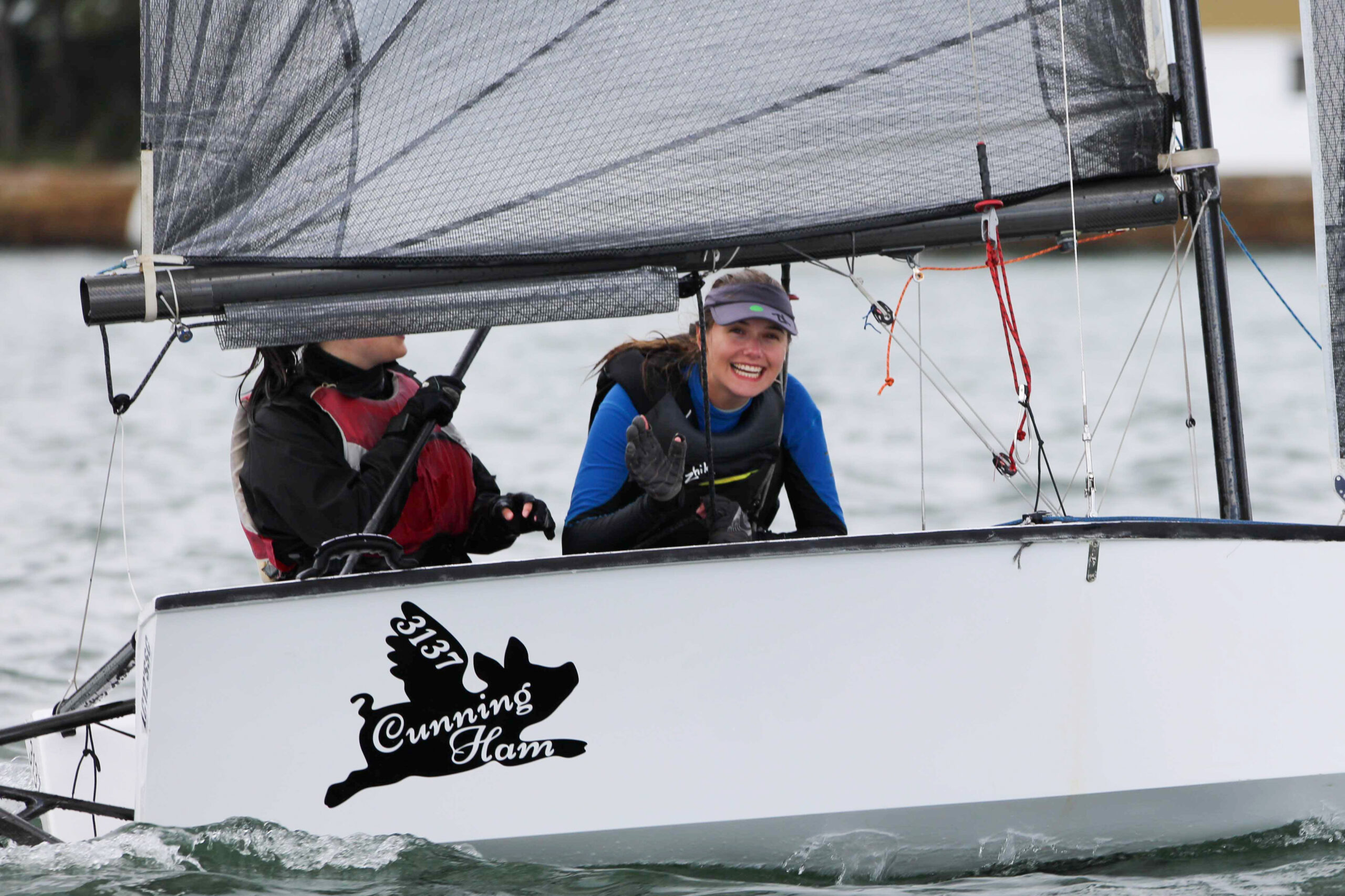 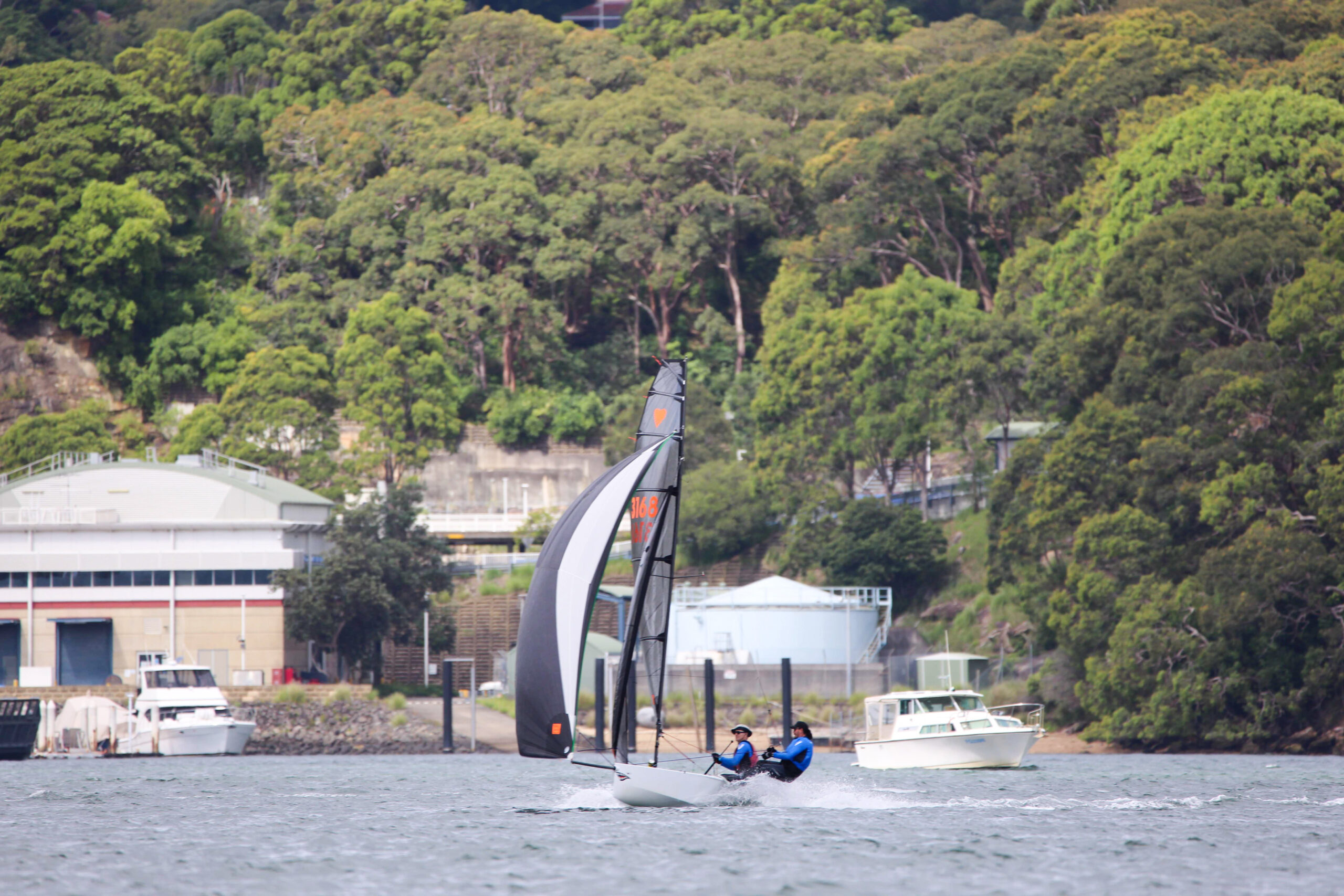 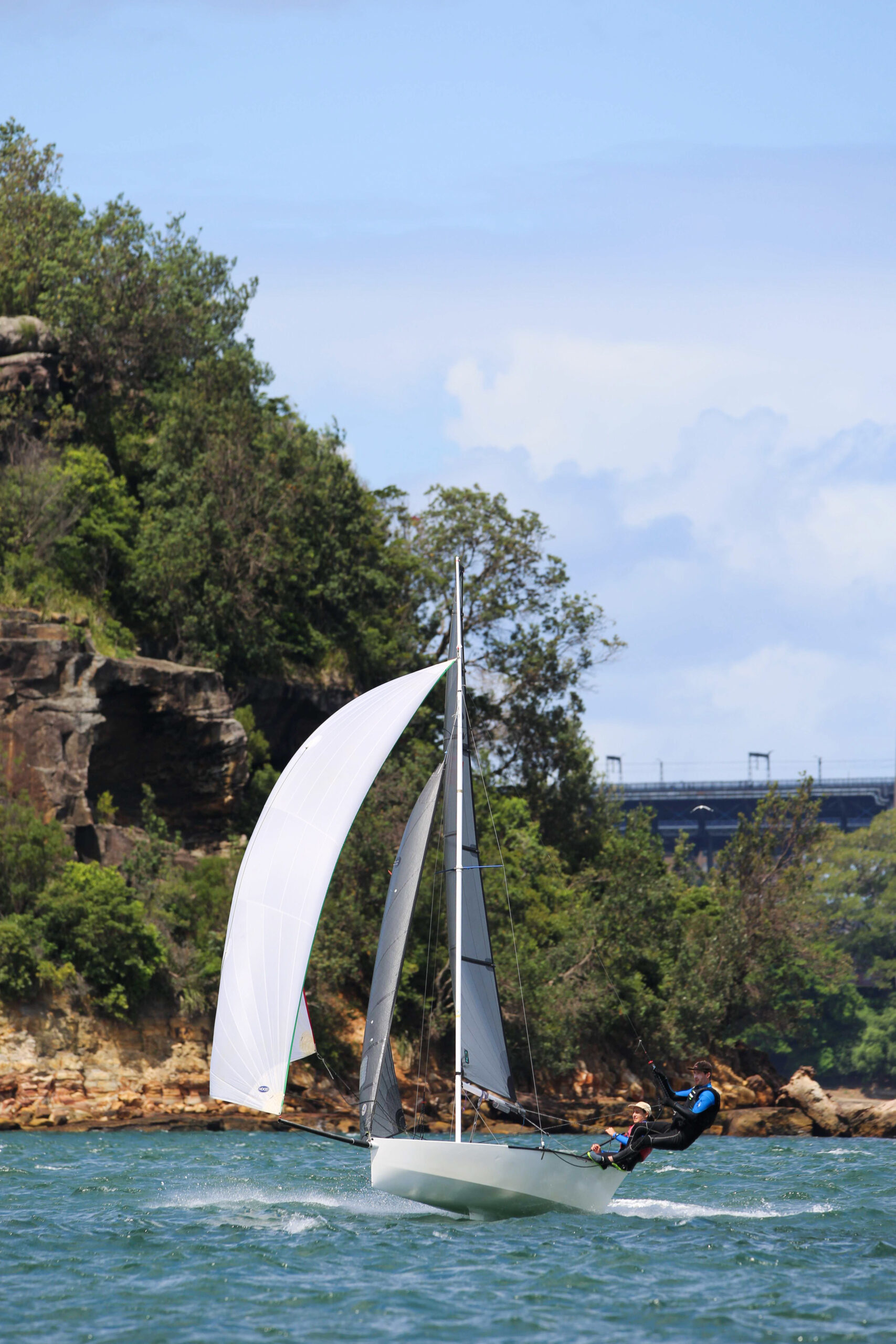 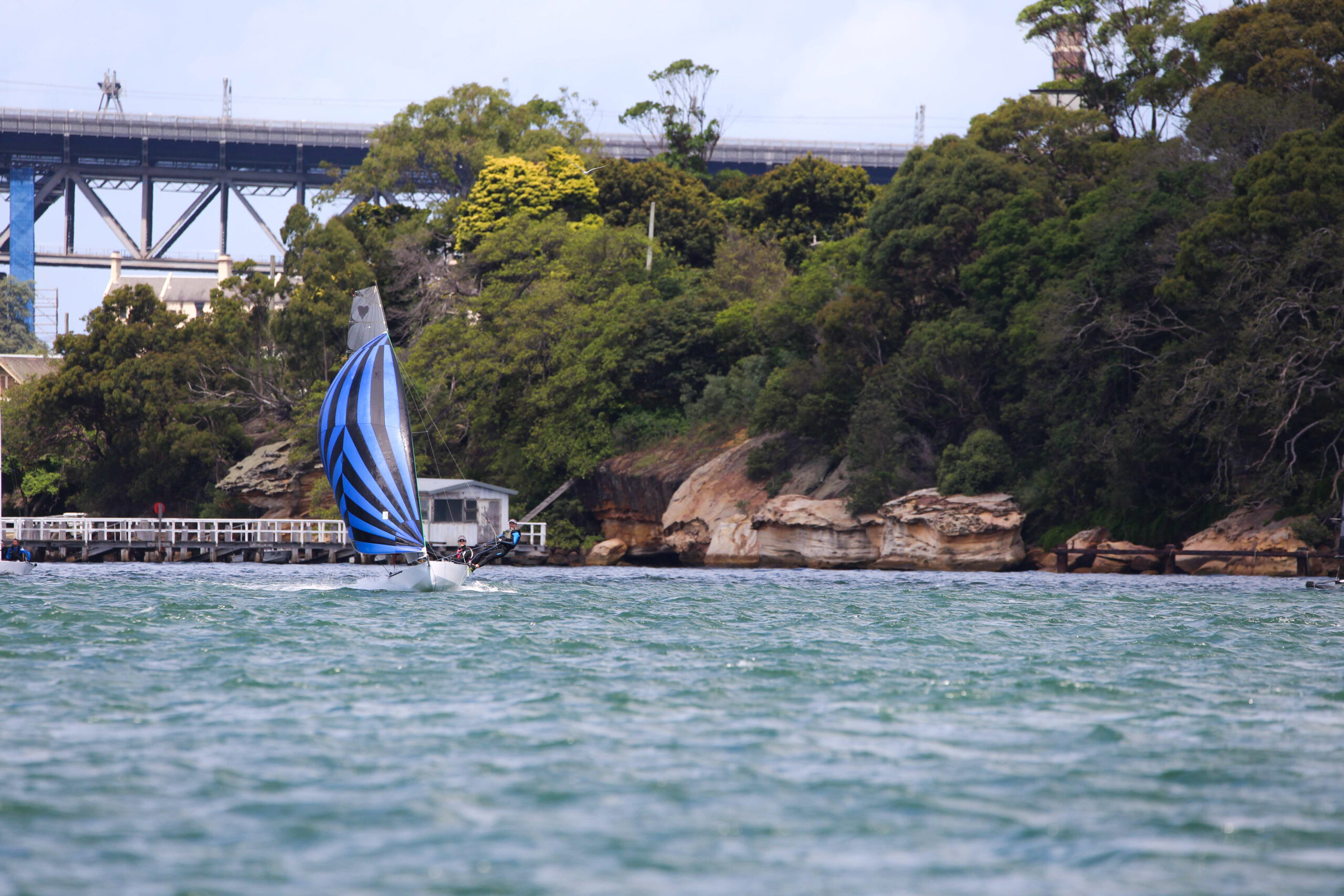 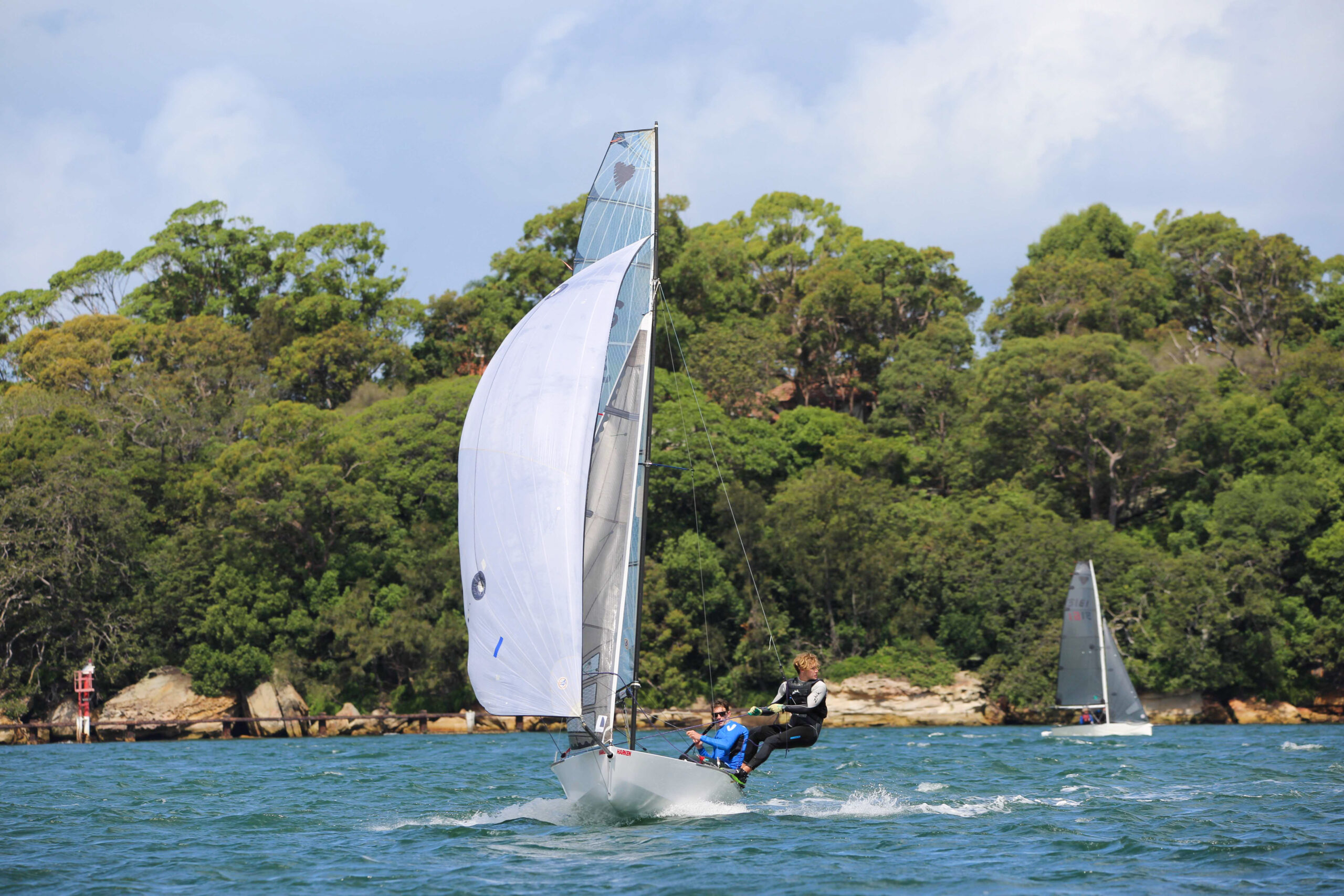 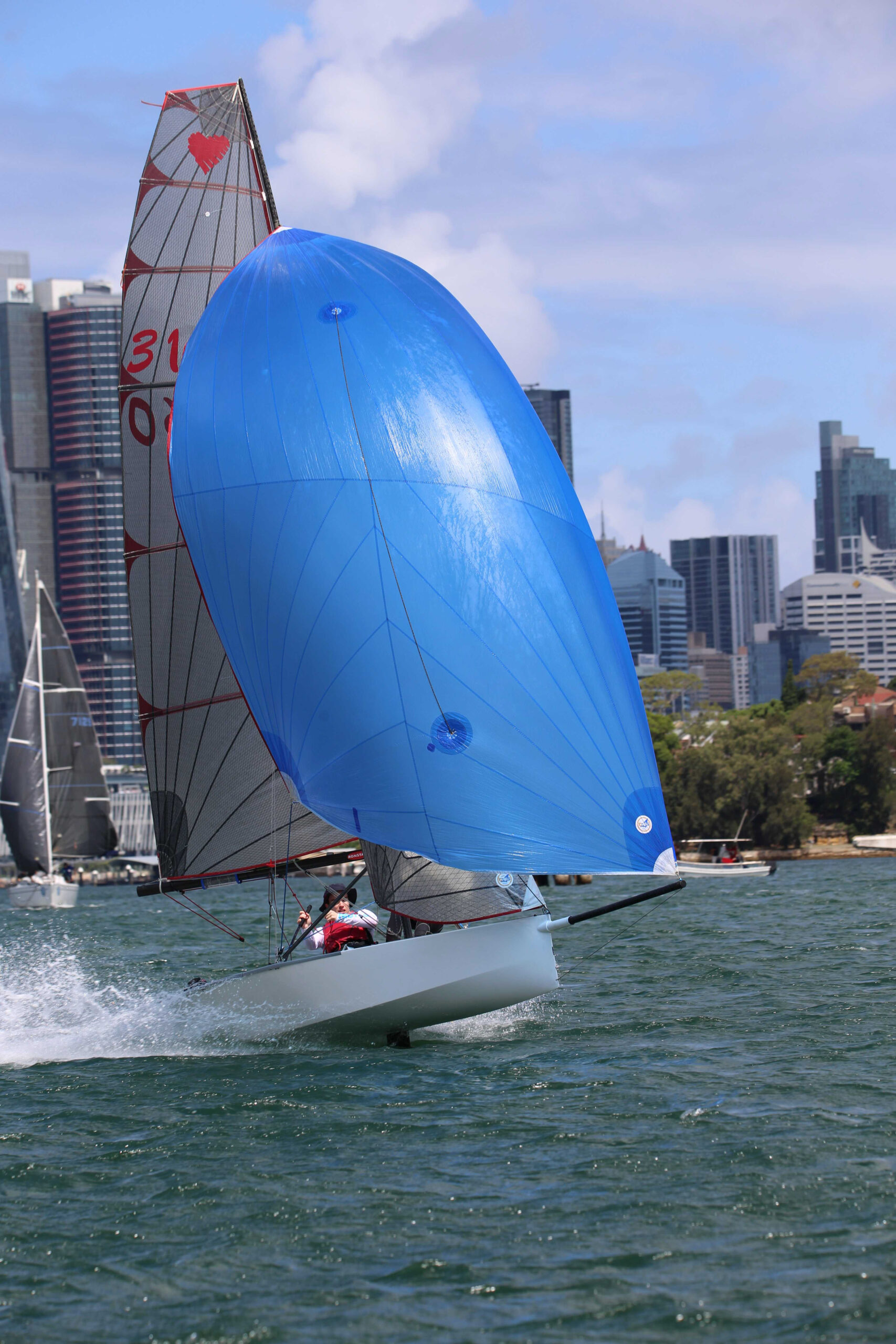 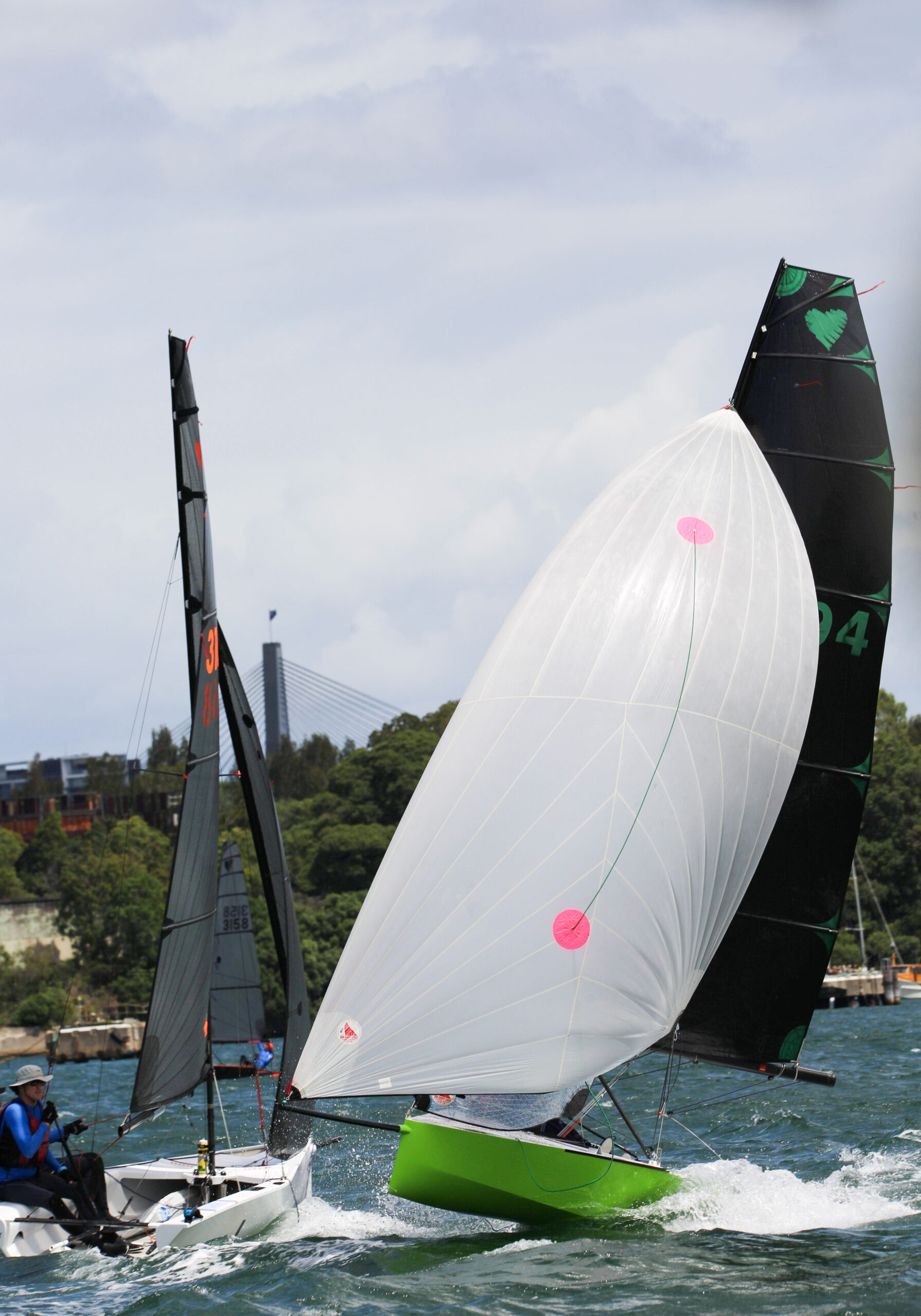 Close racing at round two of the NSW Cherub Championship. Pic - Richard Imlay 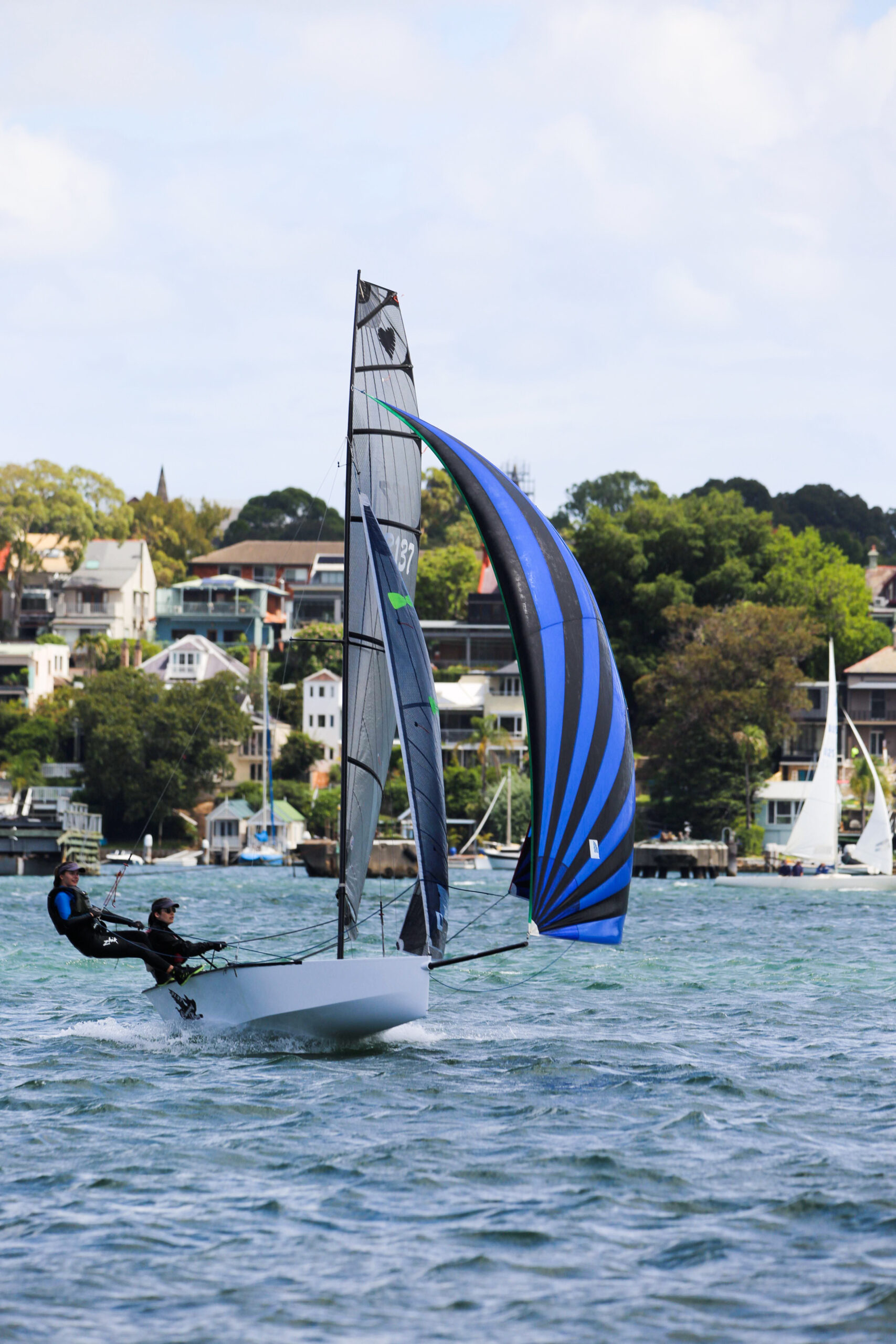 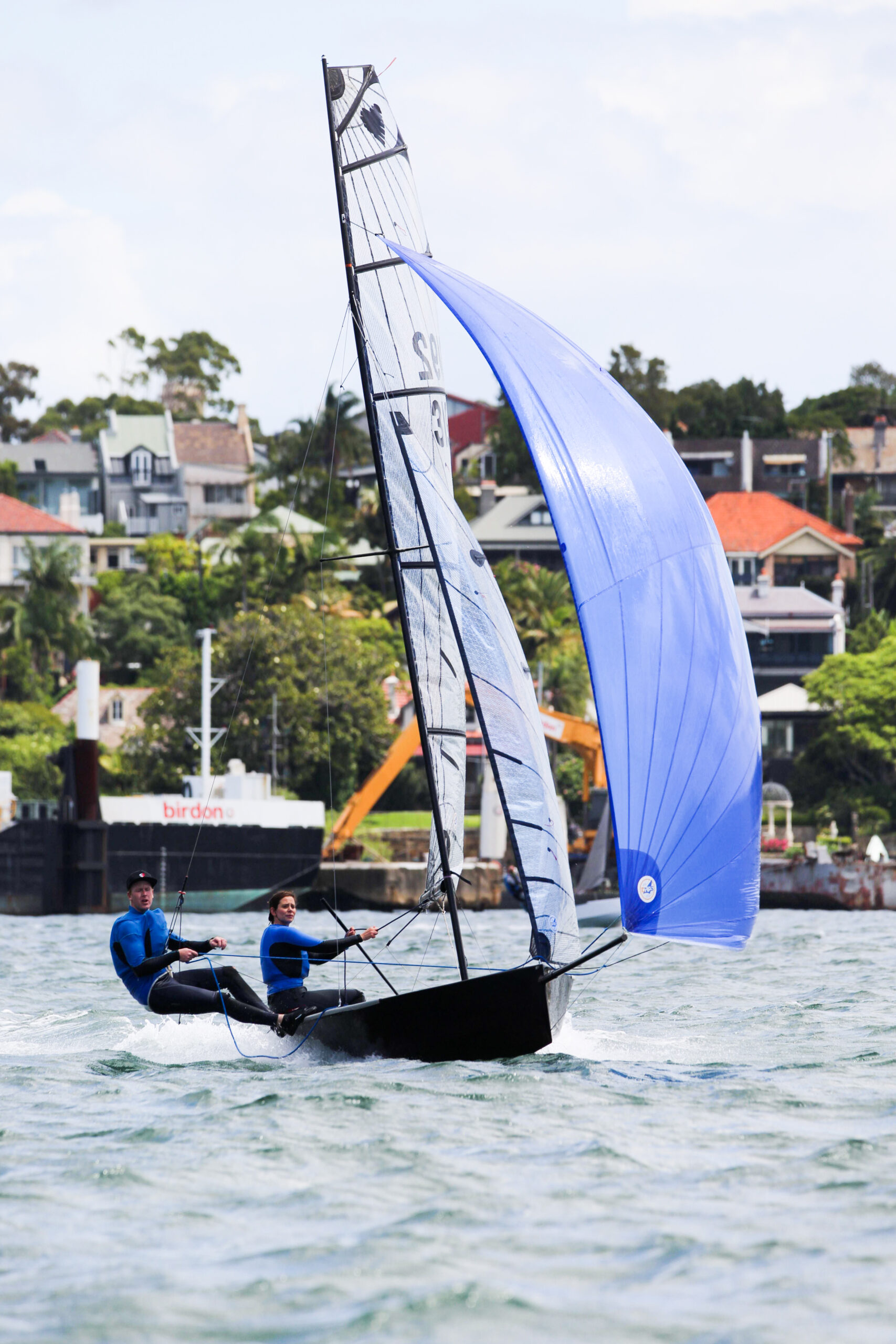 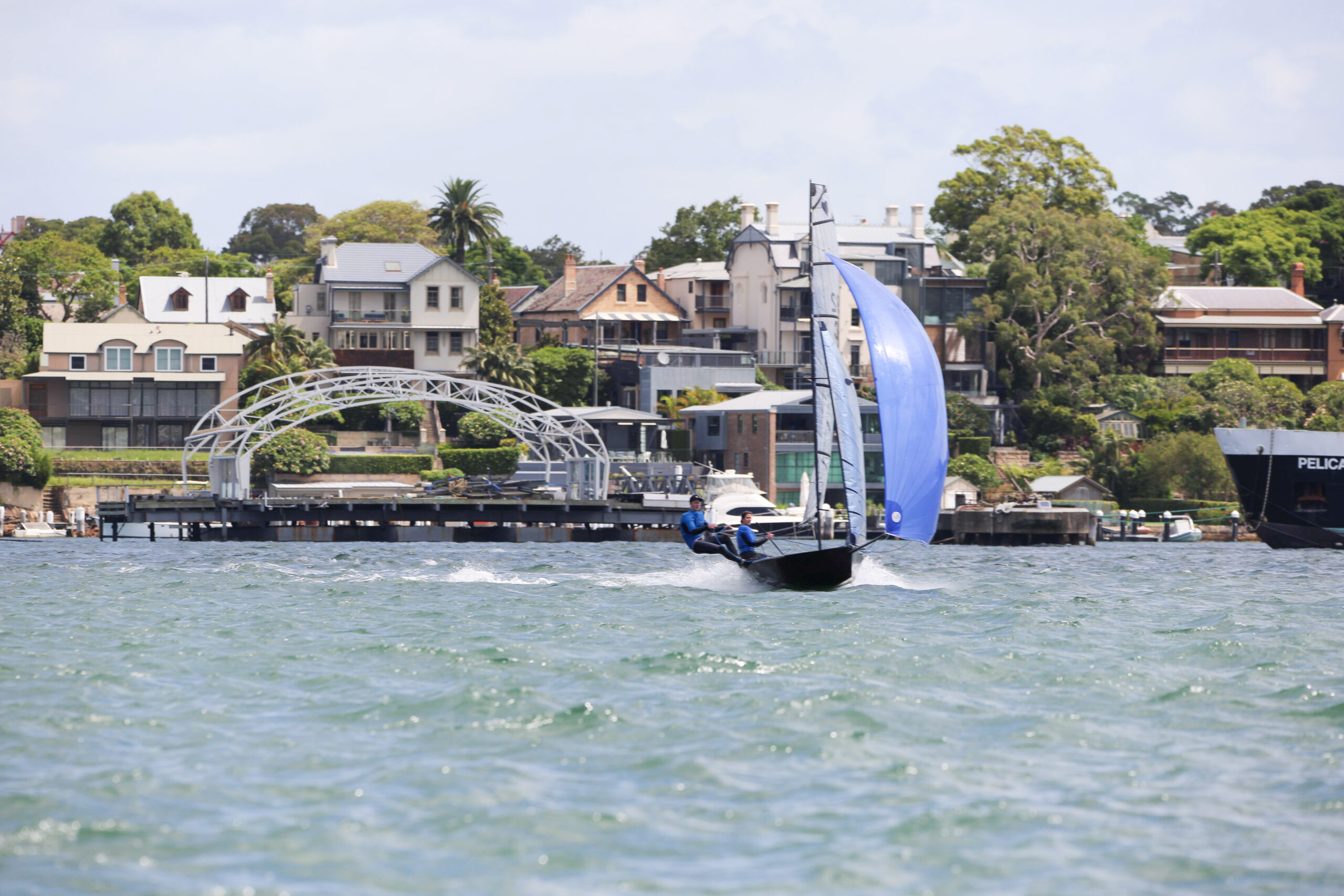 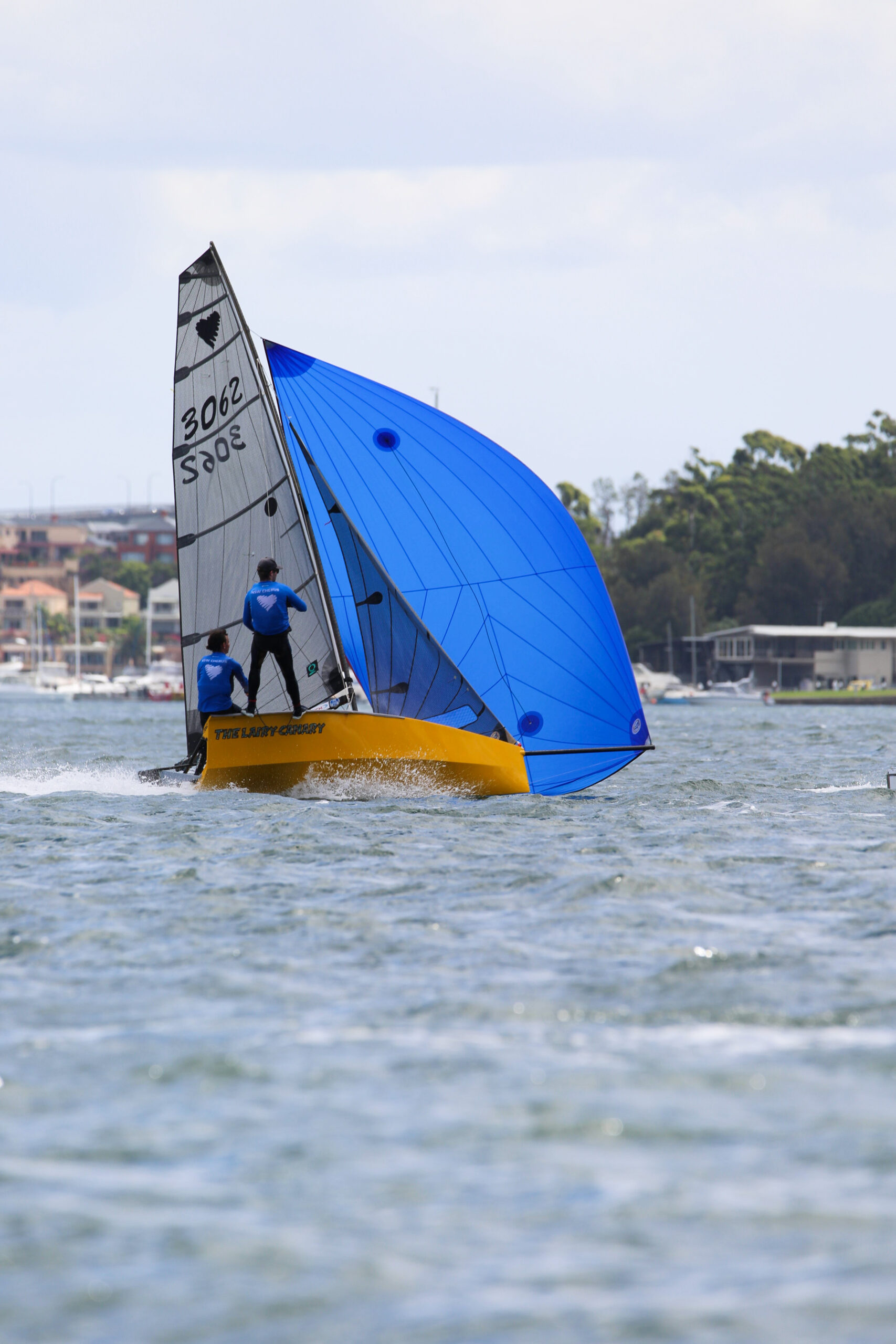 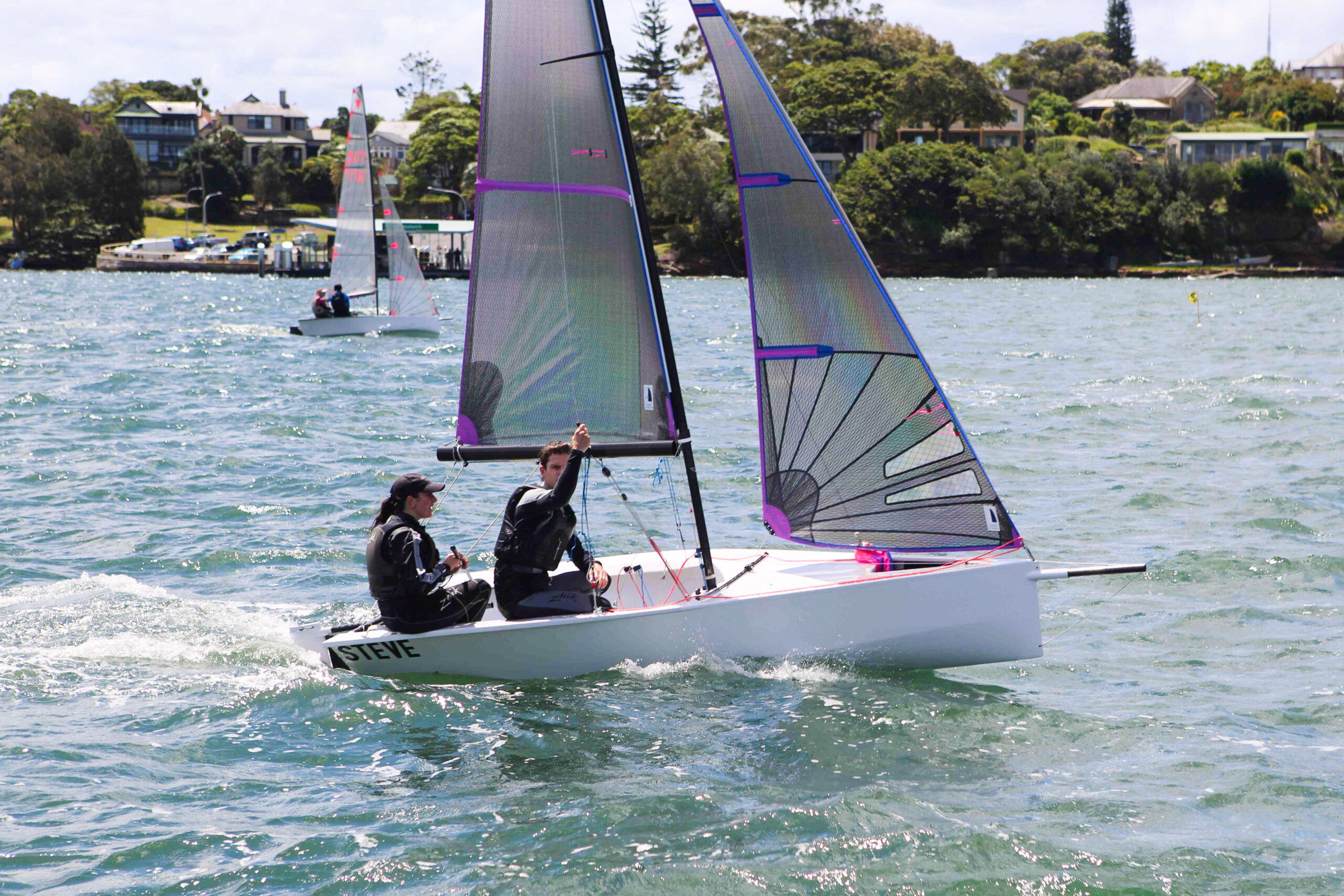 Challenging south-east winds ranging spectacularly from 12-25 knots made for a captivating show over the weekend (February 5-6), with round two of the NSW Cherub Championship held on Sydney’s western harbour.

Gusts above 25 knots came off the back of a three-day southerly in Sydney, making for plenty of thrills, spills, and breakages across the racecourse. Host clubs Lane Cove 12ft Sailing Skiff Club and Drummoyne Sailing Club held three races for up to 27 competing boats over two consecutive days.

Father-daughter combo Adele and Dan Phillips from DSC, in 3118 That Bad Girl, secured the infamous ‘Dash for Dinner’ prize awarded to the first boat out of the Lane Cove River mouth.

Saturday’s long race saw Henry and Jordan Makin from B16ftSC in 3183 Huey and Dewey take first place, followed by Tim Harrington and John Palmer from LC12ftSSC in 3191 Phoenix. Tom McEnearney and Reece Johnston from DSC secured third in 3160 Get Ya Cans Out. A crowded, fast-paced drag strip set just in front of Goat Island made for close encounters between skiffs and spectacular photos.

Sunday’s racing did not prove any less challenging, with intermittent squalls in the mid-high twenties and cold rain. Nevertheless, Jessica Swadling and James Glassock from LC12ftSSC battled blustery weather to win race five in 3187 Squealer. Adele and Dan Phillips came in for a close second, to then prevail with first place in race six.

This round of states also saw a brand-new cherub on the racetrack, in full neon pop, with Eve Peel and Hugo Darin introducing 3194 Steve. Huon Saul and Simon Mercer from A12ftSC also returned in style after a complete revamp of 3094 Lick This.

The next round will be held in Jervis Bay on March 5-6.

The Top three results for the NSW Cherub Championship on overall scratch after two rounds are:

For all NSW Cherub Championship round results, follow this link.

For more photos of last weekend’s racing, jump over to the Cherub National Council of Australia Facebook page.